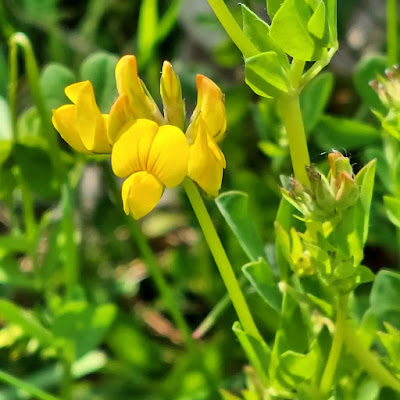 Our holidays end tomorrow.  We didn't go anywhere, other than Wetaskiwin to visit my father in law and Fort Saskatchewan for the big guy's eye surgery.

My father in law is back on antibiotics for another UTI.  Eventually his kidney function will decline to the point that he can no longer recieve the tobramycin or the bacteria will become resistant to it.  Who's to say which will happen first?

On the upside, my brother in law is here visiting and the big guy is smiling again.  They've been swapping stories about the last thirty years and ratting each other out about things they did as kids.  He can talk to his brother and that's what he needs, what they both need.  I'm thankful they have reconnected.

My foot is still sore, although nothing like it was, but still too sore to go back to work on the floor so I'm not sure what will happen at work.  It's been three months now and it make take another three to six months.  I see the podiatrist on Wednesday so she'll be able to give me some idea but I wonder if I'll make it back on the floor before I retire.  I guess time will tell.  Not sure how I feel about that, although I do plan on working casaul even after I retire.

The days just seem to slip away somehow.  It's wet and cool here and is supposed to stay cool all week.  It doesn't bother me like it would have when I was younger.  My plants are doing well, especially the newly planted maple tree, Big Red.  He's happy and growing well.

Jack woke up at 3am this morning.  He's got a bit of diarrhea, probably from drinking the damn pool water.  We have a little inflatable pool and he drinks water out of, despite repeated warnings not to.  He likes to fill up his water guns in the pool and then drinks out of the water guns.  I'm sure it's good for his immune system but not so much for his intestinal system:)  He's sleeping now after a bitchy morning, both Nana and Jack were bitchy and tired.

Me on Monday when I go back to work and have to make phone calls for six hours. 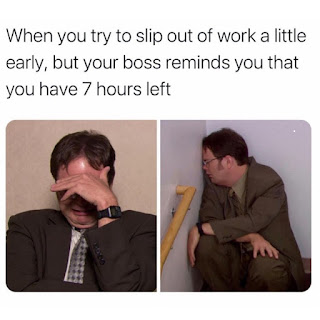