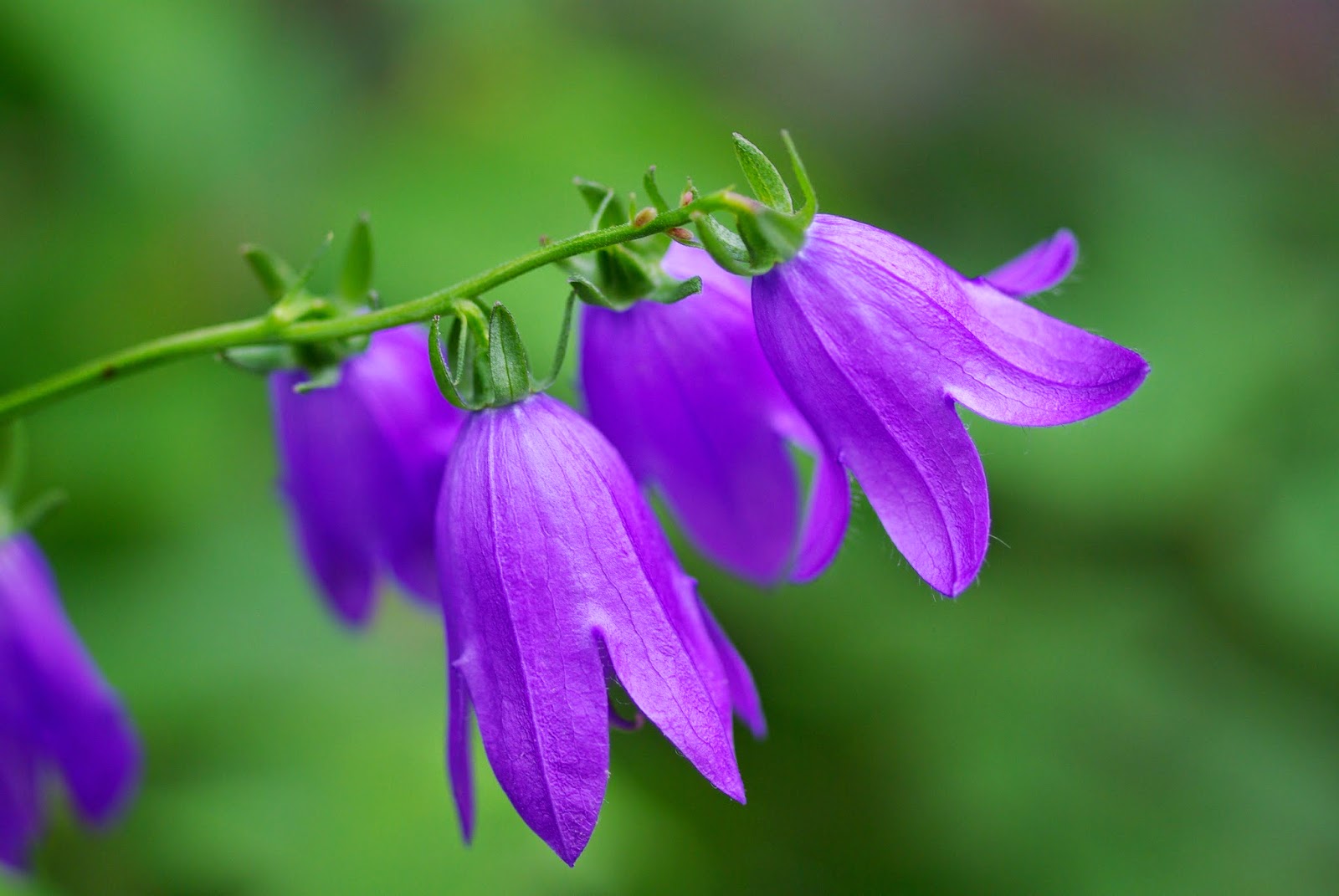 I'm sick.  I can't decide if I have a horrible cold or the flu.  It's probably the flu but I can't tell if I have a fever or not because of the hot flashes.  I'll live but it does amaze me how such a small thing can have such a huge impact.

I didn't get the job I interviewed for.  I was told I was too emotional, hence the last post.  Turns out the doc who was in on the interview didn't like the fact that I stood up to another doc and advocated for my patient.  Too bad for him.  I am not going to quit advocating for my patients.  So I will be remaining where I am.

Katie was finally back to her old self last Sunday when we went to Special Olympics Bowling.  She has her twinkle back.  She spent a lot of time in emergency over the past month and I'm hoping things will be boring for awhile.

I had a dream about my friend Shirley.  I was in my old house and I went downstairs into the family room.  There were a lot of people there and Shirley was sitting on the couch.  She looked right at me and said, "You can see me, can't you?'.  She was a ghost but I could see her and she looked wonderful, like her old self except she let her hair stay gray.  She was laughing and smiling and complaining about her hair cut.  It was so wonderful to see her, to know that she was okay.

I'm looking for a house to buy but it's frustrating.  I imagine as the weather warms and the economy gets worse, there will be more homes available in my price range.  I am itching to get my hands dirty in a garden.  It will happen;  I just need to be patient, not my strong suit. 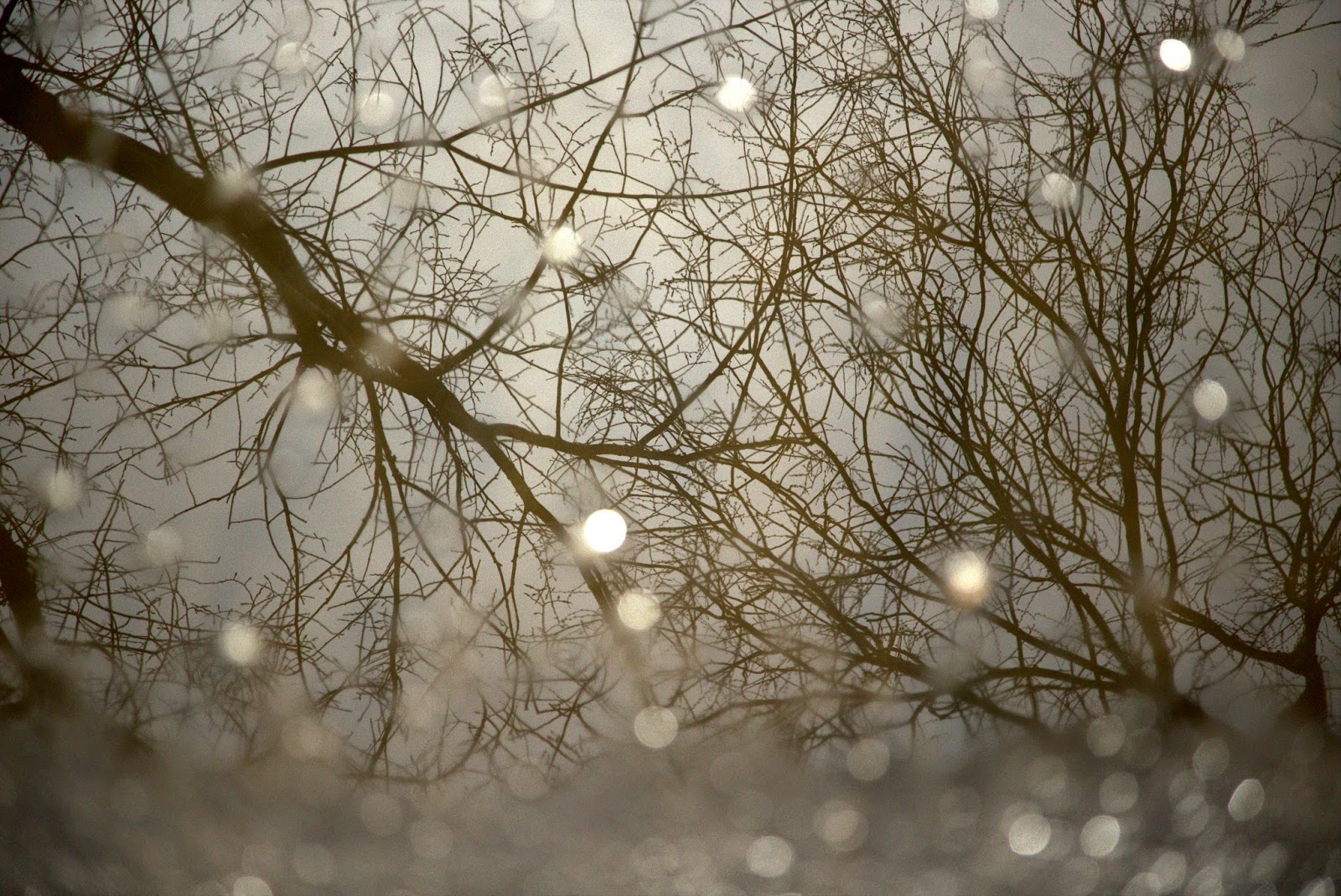 I'm one of those people that displays every single thought and emotion on my face.  I don't know how not to do that.  I watch other people say one thing and do another.  I watch people backstab and lie.  I watch people get hurt or angry and yet nothing or very little shows on their faces.  Often I feel naked in the world.

When I'm around intense people, I feel it.  I feel something inside of myself wind tighter.  When things are hectic at work I feel like a whirling dervish.  I become faster but also harder, more abrupt.  Niceties face away.  I can feel this in myself but don't know how to stop it.  Angry people scare me.  I can feel their anger reach through my skin, my body tenses and I get scared and then I get angry back.  Calm people soothe me.  The big guy is calm although sometimes I can feel a deep anger within him and it scares me.  My own anger scares me as well, afraid of what I might do.

Loud noises make me tense.  Too many people.  Too much to do.  Something winds tighter.  I forget that I can let go.  Walking is how I let it go.  Slowly the thing unwinds, loosens, relaxes.  My brain slows down.  It's strange that walking faster slows my brain but that is how is works.  Moving my body eases my brain.

Strong emotions make me cry.  Sometimes I feel ashamed of crying.  I want to yell at people that I have no control over what comes out of my tear ducts.  Other people are uncomfortable with tears.  It's seen as a weakness or a defect.

So am I an emotional wreck or an empath? 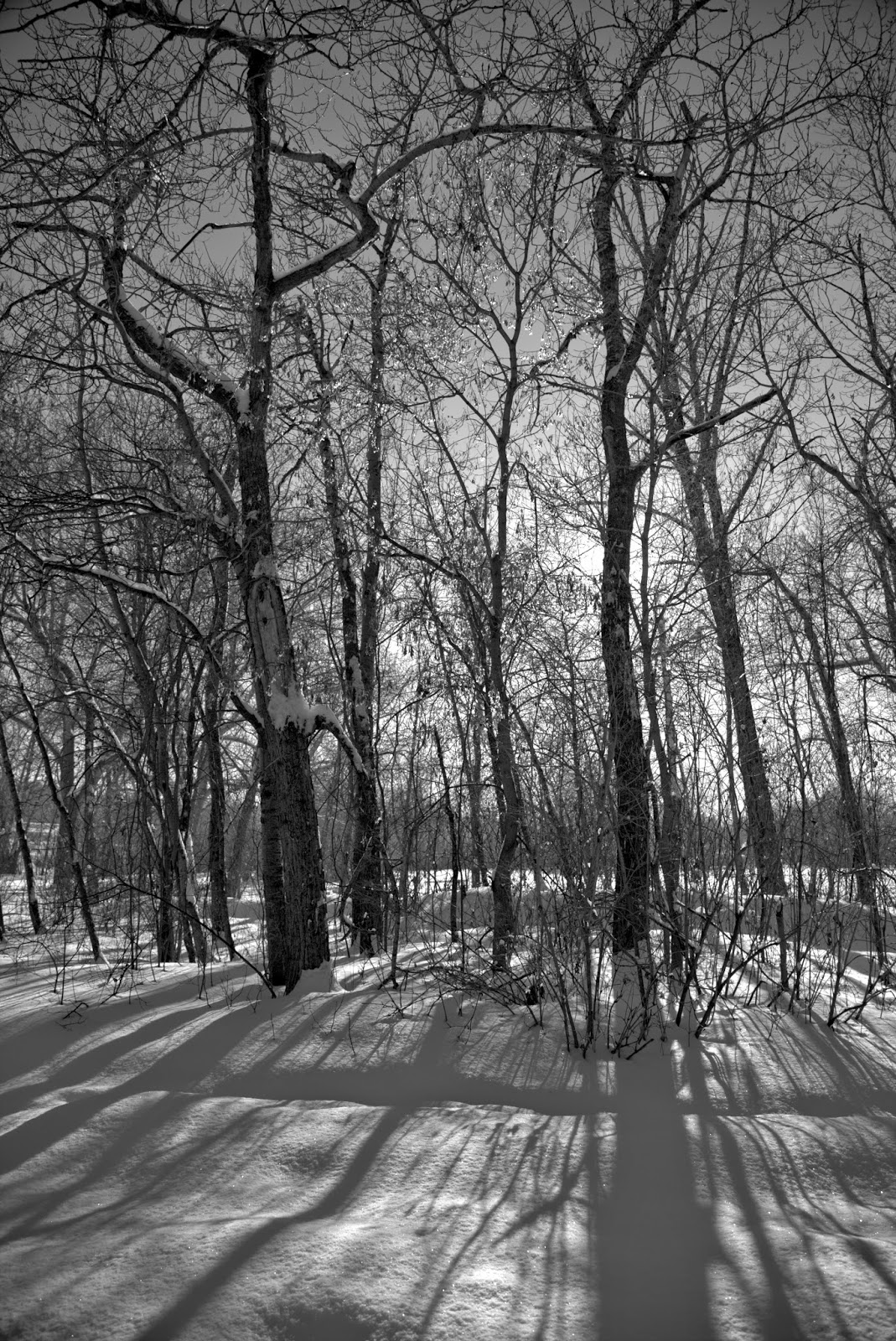 If I knew I should die tomorrow, I would plant a tree today. ~Stephen Girard 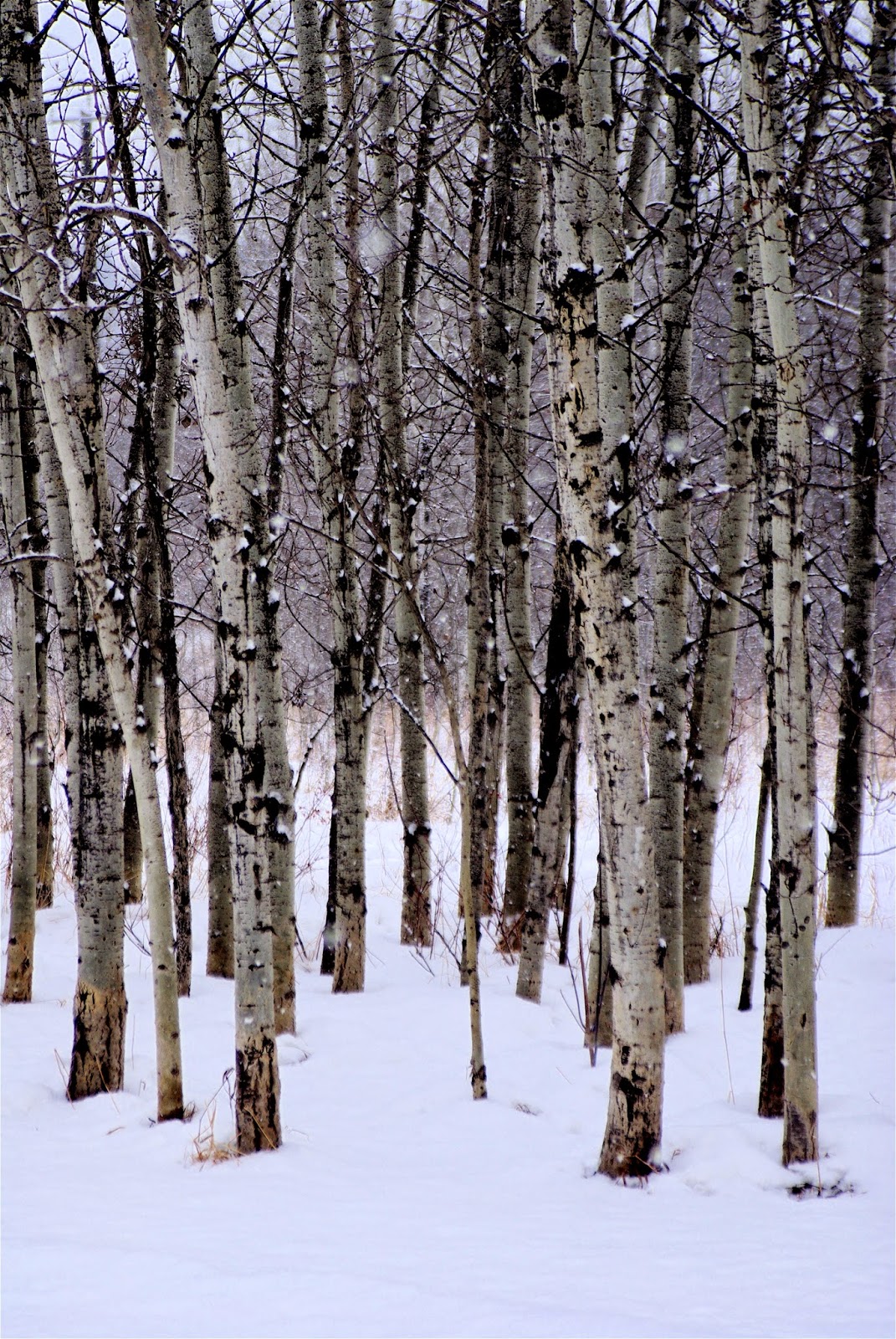 In the past two weeks Katie has been to emergency three times.  I don't like emergency rooms.  In the last year of my mum's life I spent way too much time in emergency rooms.  In the last three weeks of mum's life we went to emergency half a dozen times I think.  That was two years ago and in my mind the two were getting mixed together.  Katie, Joseph (her caregiver) and I spent all day in emergency on Monday, waiting to see a doctor, waiting for test results, waiting for a room so the doctor could cut into the abscess on Katie's wrist.  The next morning when I checked on Katie her hand was worse, swollen and more painful, so back to emergency.  She's now on IV antibiotics and doing well.  I am so thankful.

I'm scared my daughter will die.  I'm even more scared that her death will be a relief.  Or I'm scared that my heart will be so badly broken by her death that I will never recover.  These are the thoughts I've been having this past week.

There's more I want to write but I'm worn out.  My second friend with cancer, also a Shirley, is now in the hospital dying.  I wrote her husband an email this evening telling him much I enjoyed working with Shirley. She is a kind, gentle soul with a wonderful sense of humor.  I saw her last week at the Cross when she came in for a scan.  I gave her a hug and I still find it impossible to believe that she has only days left. 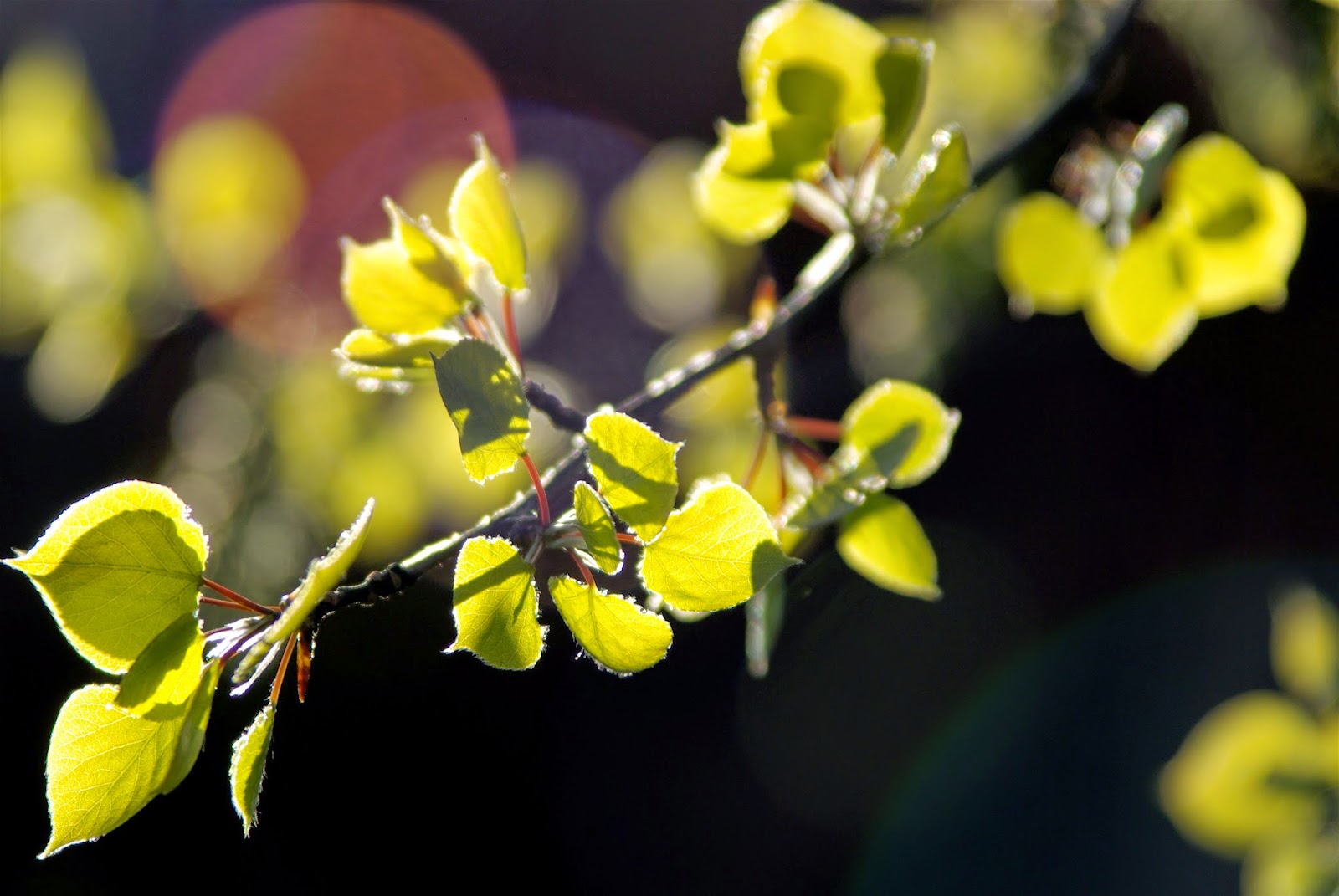 I've felt like an outsider my whole life.  I don't fit in, not in my family, not with my peers, not anywhere it seems.  I do fit in with the big guy though.  He's an outsider too.

When I was at Shirley's funeral on Monday I felt like an outsider again.  Listening to the eulogies I remembered the space between us that eventually became a chasm.  Shirley was Chinese;  her parents were refugees who came to Canada for a better life for their children.  They operated a dry cleaning business and the family lived in an apartment above the dry cleaning store.  Eleven people lived in that apartment.  Her parents spoke Chinese.  I remember one day telling Shirley how much my middle daughter hated me signing to Katie and how she refused to learn sign language.  Shirley was shocked.  I asked if she minded when her parents spoke Chinese to her in public when she was a kid and she said she hated it, but that it was different.  It wasn't different.  Kids don't want to be different.  They don't want to be set apart.  They want to belong.

Shirley belonged.  She was outgoing, smart and sociable.  She had a wide group of friends and was involved in everything.  She was also hard working, organized and very stubborn.  I was envious of her life.  I looked through my window at the constant stream of parents and children coming and going into her house and felt like an outsider again.  Shirley never made me feel like that, it was me.

As my marriage fell apart and my children went to hell in a hand basket, Shirley listened.   She didn't tell me what to do, she just listened. We didn't agree on child rearing but we respected each others ways.

When we sold our house almost four years ago I kind of let go of everything, not intentionally but I did.  Maybe I didn't want the reminders.  That house was my home for twenty years, longer than I had lived anywhere else.  It's where my kids grew up.  I poured myself into that house and garden for years and then strangers bought the house and I was out.  I didn't like going back to visit neighbors because the new owners let my garden go to hell, which is no reason to not visit but it's the truth.

And then just over a year ago Shirley came back into my life again at the Cross.  She was different though.  We were more honest with each other.  I told her how envious I was of her life and she just laughed.  She was still stubborn but softer too.  She finally came up against something that was bigger and more resolute than she was.  Death was coming for her and would not take no for an answer.  Our conversations were sometimes like the old days and sometimes about life and death, always honest though.

Being at her funeral dredged up all these old feelings of being an outsider again.  I'm guessing a large portion of the world's population feels like an outsider at any given moment.  But I have only my own head to live in.  I've spent this past week thinking about my life.  I'm not very sociable and I used to blame it on my ex-husband or Katie but to be honest, I don't think I'm very sociable.  I enjoy spending time with people but only for short periods of time and then I need time alone.  I listened to my middle daughter when she came out on Monday for Shirley's funeral.  She doesn't have a lot of friends and it bothers her.  She talked about some psychological test the class had taken with regards to selling and I laughed and shook my head.  She is just like me and I told her this.  At work I am very sociable as a nurse.  I love my patients and most of my co-workers and then I need to withdraw into solitude again to recharge my batteries.  But I need both.  I enjoy making others laugh and caring for my patients but I need time alone.  The big guy understands that.

So here I am, still striving to understand and accept myself.  It is a lifelong process I'm thinking, at least for me.