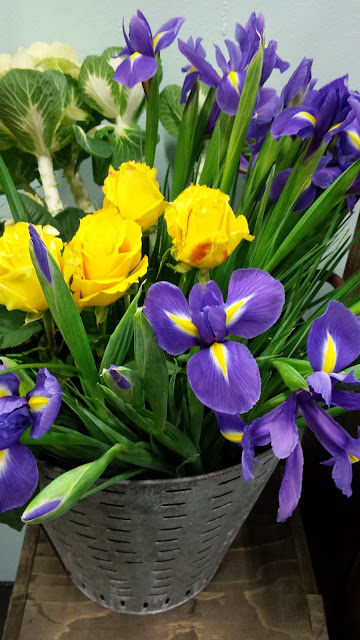 One of my patients died on Thursday.  She was the lady we did the biopsy on only two weeks ago.  The biopsy that had turned into a shit show.   I remember thinking at the time how removed she was from everything, as if she had no interest in what was going on around her.  I think she knew she was dying but I was surprised at how quickly she died.  Her cancer grew like wildfire and now her family is left to deal with the aftermath.

I saw my grandson for the first time on Thursday.  I went with Gracie to the high risk clinic that she had been referred to because of the baby's kidneys.  Everything is fine.  His kidneys are fine and he is growing well.  Of course I cried.  I still worry about what his life will be like but I'm slowly accepting that I have no control over that.  I can only do my best, be a good grandma for him and hope. 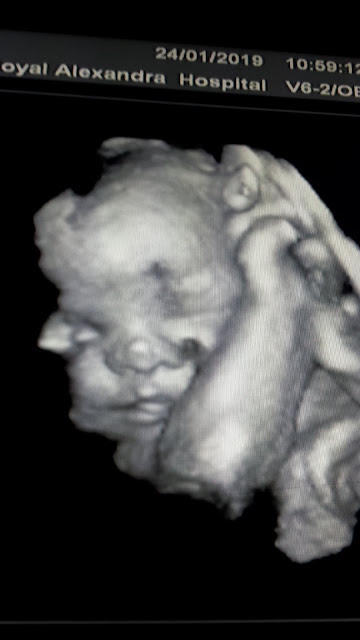 And so life continues.  I saw my son briefly, told him that I loved him.  I hope he can stay sober.  Again, I have no control over that and I tried not to focus on it.
I'm reading a book by Matt Haig right now, "Notes On A Nervous Planet".  So much of what he writes resonated with me.  The always waiting for when your life begins.  "When progress happens fast it can  make the present feel like a continual future."  "We are not encouraged to live in the present.  We are trained to live somewhere else:  the future."  I've felt like that my whole life and I struggle with it still.
Today is not what I look forward to, it's the summer, the holiday, the trip, the lunch with my friend, time with my daughter but today often seems like just putting in time until something in the future happens.
So how do I do this?  Enjoy today.  Look forward to the future as well.  Why do I think it's an either/ or solution?  It should be a both/and solution.  Maybe I'm just tired.
The dog is waiting for a walk.  I wish it was sunny blue skies today but that's not the case.  Today they are grey which just feels blah.  I'm sure the fresh air will be good for me.
at January 26, 2019 No comments: 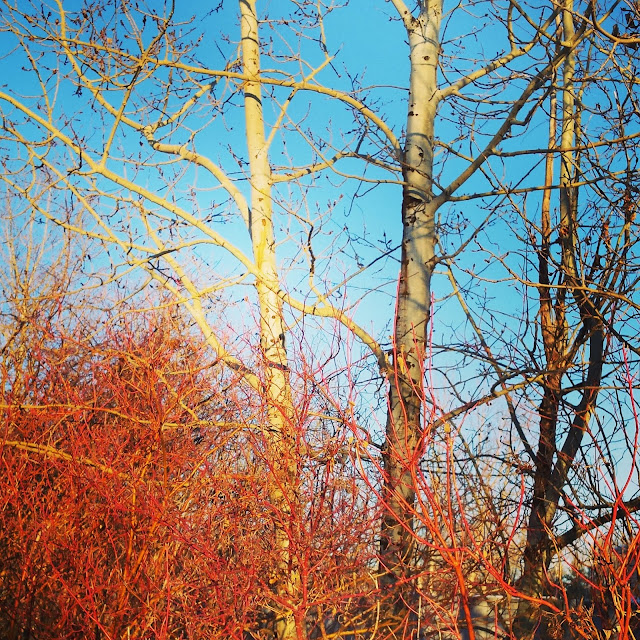 My son is out of jail.  Yay.  I realize I like it when he's in jail.  I know where he is.  He's sober and he can't call me.  So now I have to hope and pray that he stays sober, that he doesn't harass his ex-girlfriend, that he does what he says he will.  He wants to be there for his son.  I want to hope but that hope has been run over so many times, there's little of it left.

I'm tired, beyond tired and I'm guessing it's related to stress.  The big guy has a huge knot in his shoulder, also stress related.  Fuck.

Spring seems so far away.  I know it's edging closer but I it will be awhile before the snow melts and the plants burst through the soil again.  In the mean time I get up, go to work, make supper and do the laundry.

I can't tell if it's depression or fatigue or stress.  Or maybe it's all three.  A ménage a trois of distress:) 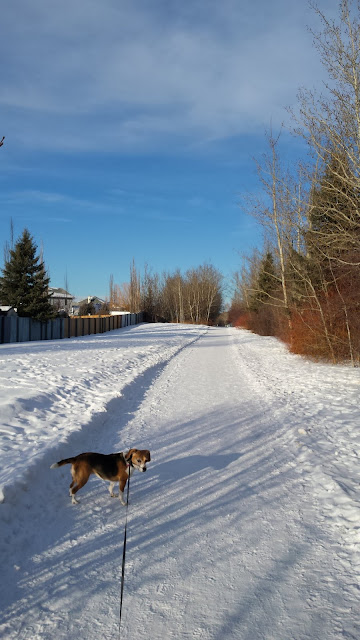 This is what it looked like on the weekend.  Sunny.  Nice.  Today is a crap day so I thought I would share some of the things that get said at work, by me and by my patients.

"I have a good kind of cancer."  Patient.

"You're an over achiever."  Me to a patient with three completely different kinds of cancer.

"I have six children, well, no, seven.  I adopted my great grandson when he was a month old.  He's nine now."  An eighty-four year old patient.

"Where would you like to shit?  I  mean sit!"  Me to a patient in a packed waiting room.  Everyone laughed, thank goodness.  I have no idea where shit came from.

"Why do patients have to pay for parking anyway?"  Patient to me.  I agree.  I told him, "It's not like you come here for your health."  But it is.  They don't come because they want to.  They have no choice.  The patient laughed.  He was frustrated yesterday because one of our two scanners went down and there was a two hour wait for scans at times.

"Before I started coming here I thought it would be a depressing place but it's not."  Patient.

"Can I have vodka in my drink?"  Patient.  "Maybe, I'll check.  Usually the nurses drink it all first thing in the morning."  Me.

Awhile back I had a young man who told me he faints sometimes when he has an IV put in.  I put in his IV, no problem but before he stood up I wanted to make sure that he was okay so I asked him, "Are you going to go down on me?"  It's hard to embarrass me but I did it that day.

"My wife died of mesothelioma.  I brought the asbestos home on my clothes and she washed them."  Patient who also has mesothelioma.

"I've never done this before but I've always wanted to try."  Me to a patient as I start his IV. 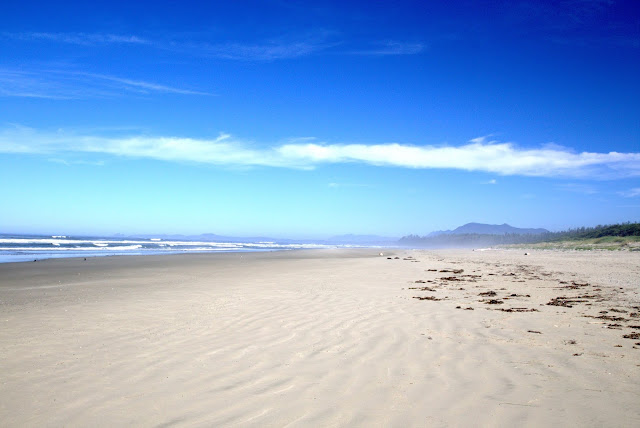 It's nice to see some blue sky today.  It's been a tough week at work and I'm thankful I'm off today.  On Tuesday I spent three hours scrubbed in, wearing lead, assisting one of our rads to put a port in a patient's arm.  We had one port, no spares, no mistakes.  The second port that was ordered didn't show up in time.  Thanks Bard.

So of course a mistake was made but the rad I was working with fixed it.  Three hours is a long time to spend wearing a lead apron though.  It was exhausting but satisfying.

Tuesday morning before I scrubbed in for the arm port, a patient's husband ripped me a new one over the phone.  The sad part is, I didn't disagree with him.  He was right.  We had screwed up everything and nothing had gone as planned for his wife's biopsy.  His wife is on a blood thinner and we couldn't get her INR down.  It's technical I know but that part wasn't our fault.  All of the stuff we did trying to make arrangements for the biopsy were fucked up.  After hours of work, many phone calls, lots of running around from department to department for advice and supplies, we finally got the biopsy done yesterday.  I was with the lady off and on for ten hours yesterday.  A lovely lady who seems to know that she is already dying.  I was thankful we were able to get the biopsy done but to be honest, in the long run, the biopsy results aren't really going to make much of a difference.  Her cancer has already spread to her bones.  So exhausting but not really satisfying.  I did apologize to the lady for all the delays in getting her biopsy done and she accepted my apology with dignity.

Then on the way home there was a broken water main which seems to happen when it's cold and dark.  Took us forever to get home but we made it.

It's January.  Nothing good ever seems to happen in January.  It's cold and dark, although the sun has managed to drag it's ass over the horizon and is shining through the windows now. 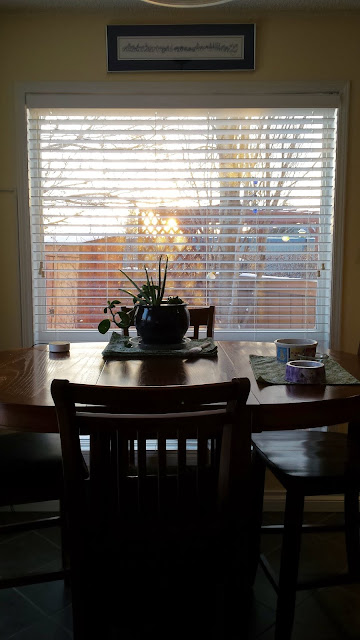 Time to climb on my exercise bike and exorcise my demons.  I'm watching The Marvelous Mrs. Maisel and I love it.  It know it's not real but watching strong, brave young women give me strength as well.  I suppose I was stronger than I realize when I was young.  I wouldn't marry my boyfriend when I found out I was pregnant, even though everyone wanted me to.  I put myself through nursing school.  I moved to a new city after graduating, even though I was terrified.  I found love at the ripe old age of forty-nine, a love that accepts me as I am.  I am enough for the big guy and that still fills me with wonder. 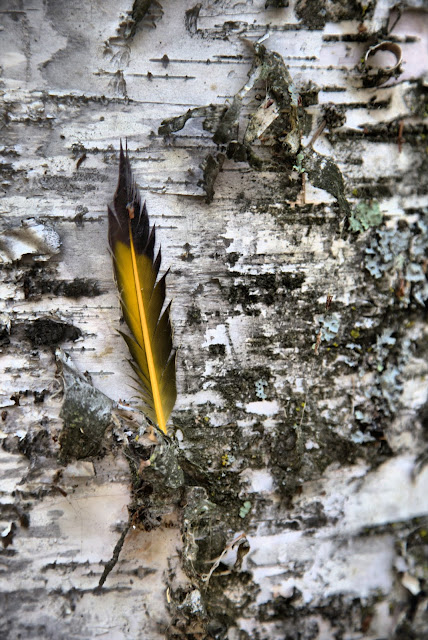 I get tired of feeling so much.  I know it's depression but sometimes it feels like there are no barriers between me and the rest of the world.  All the grief in my world settles on my skin, dragging me down.  And I get so tired of feeling like a failure and a disappointment.

I needed a reminder today that I am not alone.

You do not have to be good.You do not have to walk on your kneesFor a hundred miles through the desert, repenting.You only have to let the soft animal of your bodylove what it loves.Tell me about your despair, yours, and I will tell you mine.Meanwhile the world goes on.Meanwhile the sun and the clear pebbles of the rainare moving across the landscapes,over the prairies and the deep trees,the mountains and the rivers.Meanwhile the wild geese, high in the clean blue air,are heading home again.Whoever you are, no matter how lonely,the world offers itself to your imagination,calls to you like the wild geese, harsh and exciting —over and over announcing your placein the family of things.