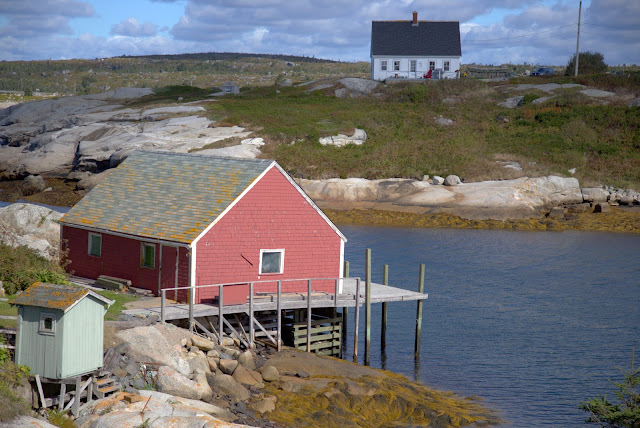 My ticker is giving me a hard time.  It's unhappy with how I've lived my life and it's now protesting by throwing out PVCs on a regular basis.  These PVCs are usually benign but they leave me feeling light headed and short of breath.  The most common cause is stress.

I live a life filled with stress and anxiety.  If there isn't something to worry about, I find something.  I feel bad about the past and worry endlessly about the future, all the while missing out on right now.  My heart is telling me it's time to change, to let go of my worry but I don't know how to;  it's so deeply ingrained in my character. 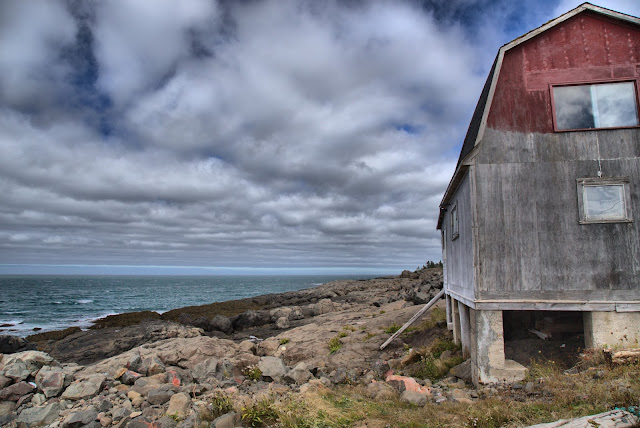 I took this photo at a place called Whale Cove.

I've been struggling with my depression again.  It's a sneaky bugger which I would quite happily bury in a very deep hole if only I could.  I feel better now.  The sun came out.  The snow melted.  I worked in the garden.  I bought a couch.  I saw my granddaughter.  Read a good book.  Hugged friends.  Had very good sex.  Not sure what did it, all of it, none of it.  Who knows.  But I feel better.

My son is hiding from me so I'm guessing he's doing things he's ashamed of again.  I'm hoping it's not dealing drugs.  He has a new girlfriend.  She has three small children and I hope for their sake that he's not dealing drugs.  Children need better than that.  That's probably most of what was dragging me down.

I didn't know that I would still worry as much even after my children were grown.  I thought it would be easier.  It's not.

A friend of mine doesn't know how I do my job.  I work with cancer patients all day, some young, some old.  A friend of ours lost his wife to cancer this past summer and we went to her funeral.  The church was packed.  As I looked around at all the people there whose lives she had touched, I realized that every single patient that comes through our doors has that many people in their life.  It was an overwhelming thought.

A couple of weeks ago I had a young woman with a five month old baby, newly diagnosed with breast cancer.  I was asking her questions for the CT screening form and she started crying.  She was apologizing to me.  I asked if she was just diagnosed.  She said yes.  I asked if it had all become real and she said yes.  I told her to cry.  That I would come back.  That it was okay to cry.

I feel privileged to take care of people who are so vulnerable.  They remind everyday that life is precious.  That I need to pull my head out of my ass and be thankful every single day because we don't know, none of us, how long we have left.  They remind me to appreciate a hug from a friend, a sunset, a slice of pecan pie, a squeal of delight from my granddaughter.  They remind me that I am alive and that's amazing.

People often ask me how I can work in a cancer hospital, isn't it depressing?  And I answer no.  I work with people who have had the worst news they'll probably ever get and life goes on.  They still have to get up, they still have to live their lives and they find out shortly after their diagnosis that life does go on.  They can still laugh, they can still cry.  They're not dead yet.  They're alive and as long as they're alive they can enjoy life.

I remember years ago watching a movie on TV and there was a line from the movie that said something like, "It's only when we face our own death that we truly live."  I know it's schmaltzy but it seems to be true.  Life is more precious once we realize we are dying. 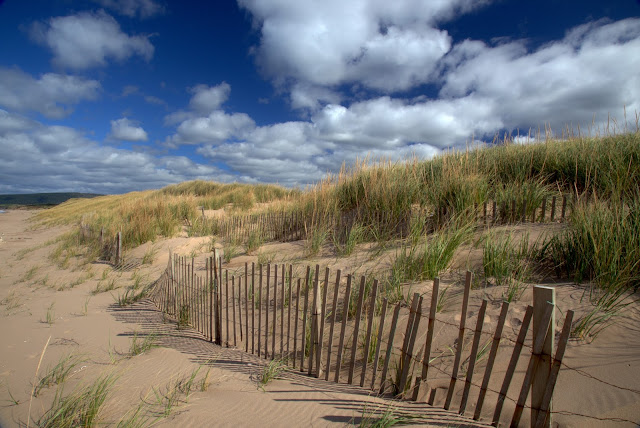 We're back from holidays.  I've never been to the Maritimes and had a wonderful time.  It was good to relax, to have no commitments, to not worry about anything.  I had time to recharge my batteries and spend time outside.  The ocean is a wonderful balm to the soul.