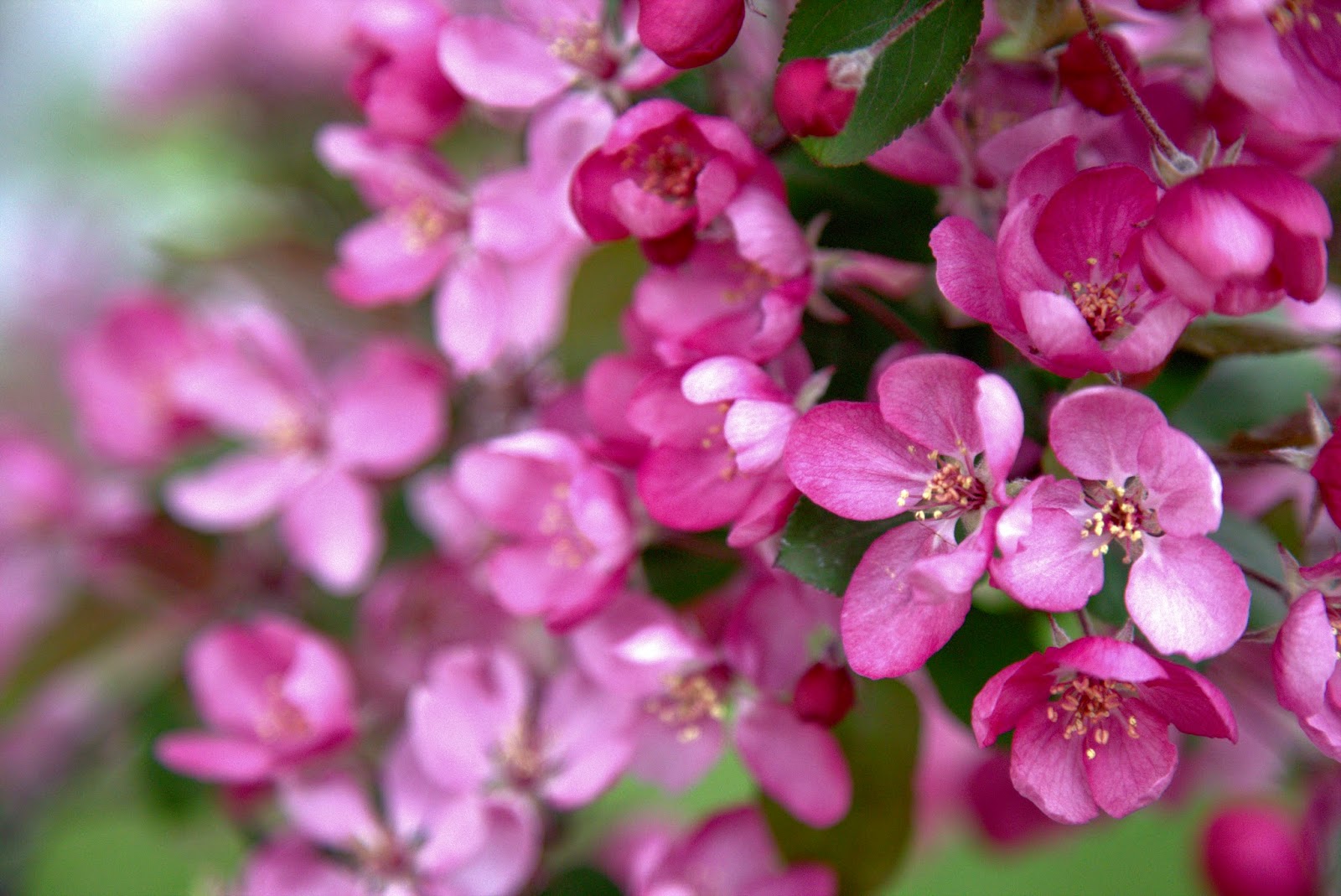 These are the flowers on the trees beside my balcony.  Their scent is heavenly.  When you're on the balcony it feels like you are in the trees.

All weekend long I've been thinking about my co-worker and I was unable to put my finger on exactly what it was that got me so worked up every time I had to deal with her.  The big guy asked me what was bugging me and I told him.  He said, "You hate injustice."  and I burst into tears.  Then I had something to work with.  I'm finally trusting my tears, tears that for years have tormented me and embarrassed me.  Now I use those tears as a gauge of how true something feels to me.

It seems I have spent most of my life fighting what I perceive to be injustices.  I fought for my children so that my son could have help with his learning disabilities and so that Katie could get the help she needed.  I fight for my patients.  I told a patient the other day that I think of my patients as my family and you don't mess with my family.  She looked surprised and reassured.

I think that's why I get worked up with my co-worker, the hundred and one small injustices she visits upon our patients because of her own problems, her own imcompetence.  It's not fair.  I'm hoping that realizing this will give me the distance I need to keep my emotions out of dealing with her.  Fingers crossed.
at May 26, 2014 4 comments: 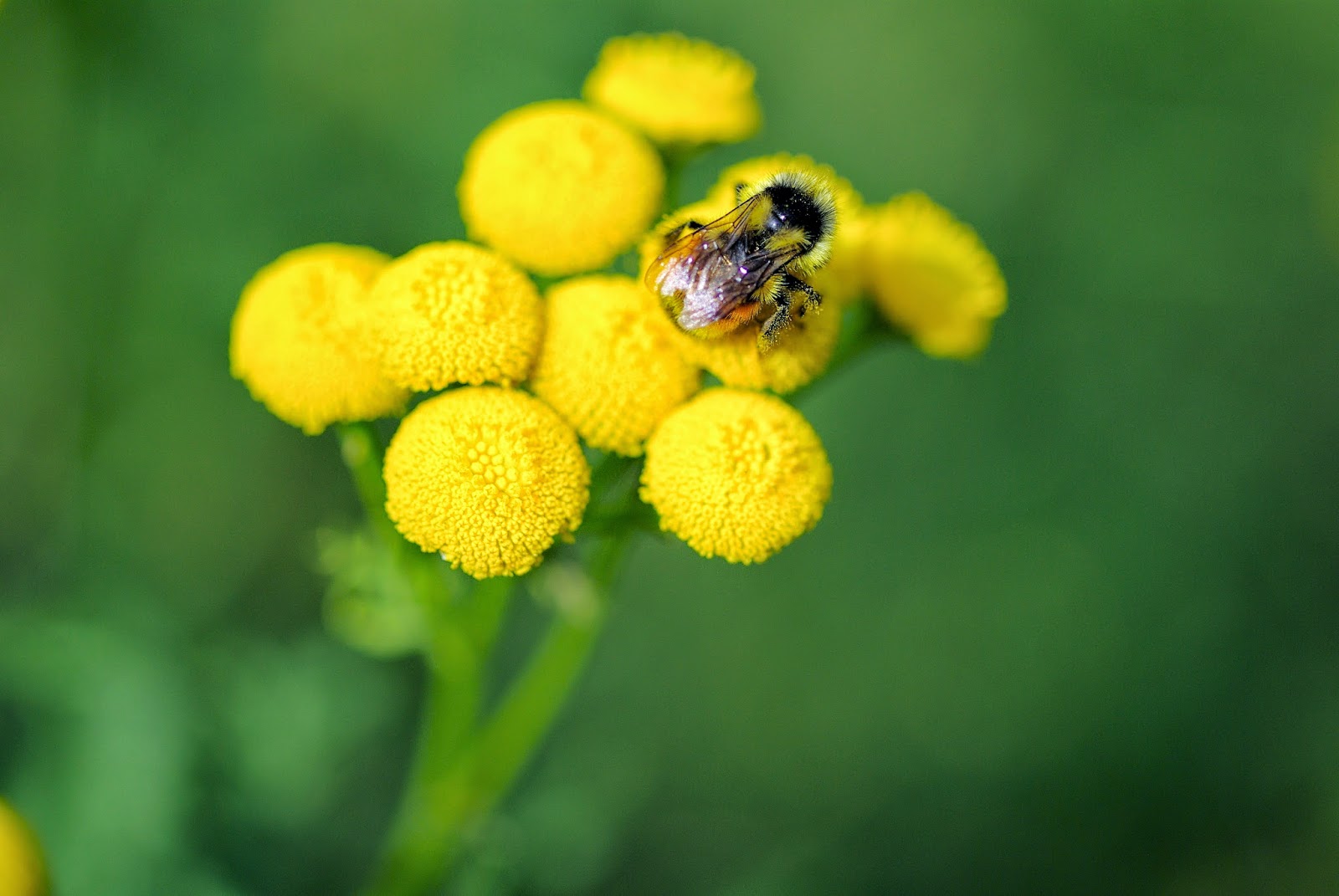 I work with a woman who drives me crazy.  She is a control freak, a victim, self centered, self righteous and oblivious.  I have a very difficult time dealing with her.  She pushes all of my buttons and I am my worst self around her, no matter how hard I try to be professional.  The thing is, I don't want to do this, to be this person.  But I cannot figure out what buttons she is pushing so that I can disconnect and be rational and sane around her.

I'm a good nurse, compassionate, hard working and skillful.  She distrusts me, despite the fact that she makes many mistakes and acknowledges none of her mistakes.  When I make a mistake, I apologize, I fix what I have done and then I endeavor not to make that mistake again.  We all make mistakes but what really burns my ass is that she not only doesn't acknowledge her mistakes, she keeps making the same fucking, stupid mistakes over and over again!

There are only four nurses where I work.  We are a small group and this causes problems and I realize that I am part of the problem.  Her lack of trust pushes my buttons but I can't figure out why.  I've been thinking about it for the last day and can't figure out why.  Usually I know when I've hit upon a truth because I start crying.  I haven't started crying.

I don't want to be the person I am when I'm around her, small, mean, resentful, passive-aggressive.  I want to be a better person but I keep getting sucked into her vortex and then spiral down.

Anybody have any ideas or similar experiences?
at May 24, 2014 8 comments: 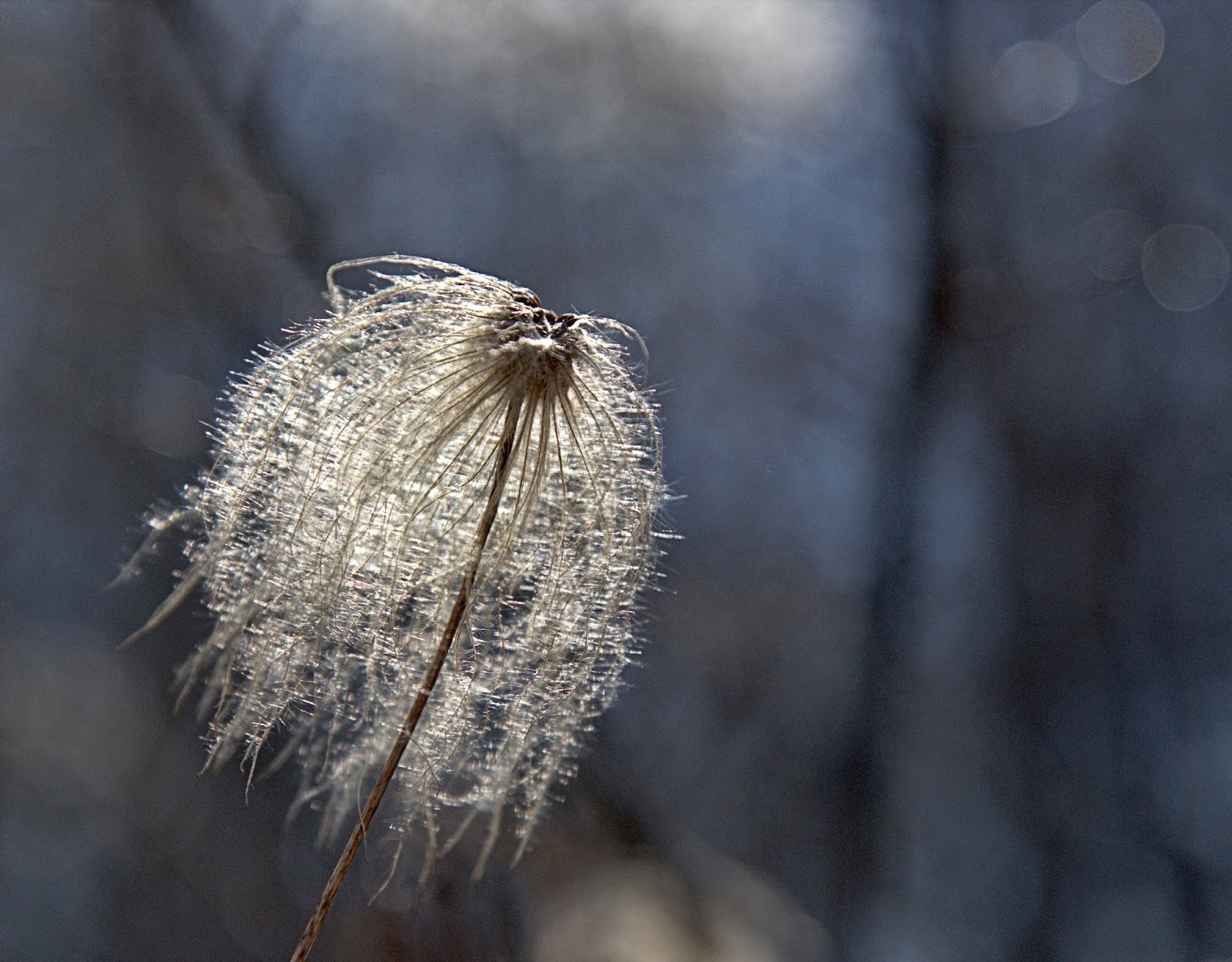 Springtime continues here which has been a welcome change. The sun is shining and it even rained, not snowed, yesterday.  I left my tomatoes outside last night for the first time and they're not dead this morning.

The big guy and I continue to struggle and try to communicate with each other with better results.  I saw the counselor by myself on Saturday and it was very helpful.  I'm trying something called EMDR, which is interesting.  We talked about the lack of boundaries in my family which stretches back to my grandmother and I'm sure much further than that.  The counselor asked about my first memory and I started to cry.  One of my first memories is of me, still in diapers standing in front of my mother;  she is crying and saying, " I wish I could just leave."  I wondered what I had done wrong and that has been the theme of my life, I've done something wrong.  It's my fault. It's what interferes when the big guy and I talk because he asks questions and I become defensive because I feel like I've done something wrong.  He's asking for information and I'm defending myself and then I withdraw.  It's not a nice dance.

And so life continues.  I guess it's comforting to know that I'm never too old to learn more about myself and grow, although sometimes I think, I'm almost fifty-two, shouldn't I have some of this shit sorted out by now.

The Journey
One day you finally knew
what you had to do, and began,
though the voices around you
kept shouting
their bad advice--
though the whole house
began to tremble
and you felt the old tug
at your ankles.
"Mend my life!"
each voice cried.
But you didn't stop.
You knew what you had to do,
though the wind pried
with its stiff fingers
at the very foundations,
though their melancholy
was terrible.
It was already late
enough, and a wild night,
and the road full of fallen
branches and stones.
But little by little,
as you left their voices behind,
the stars began to burn
through the sheets of clouds,
and there was a new voice
which you slowly
recognized as your own,
that kept you company
as you strode deeper and deeper
into the world,
determined to do
the only thing you could do--
determined to save
the only life you could save.
Mary Oliver
at May 15, 2014 4 comments: 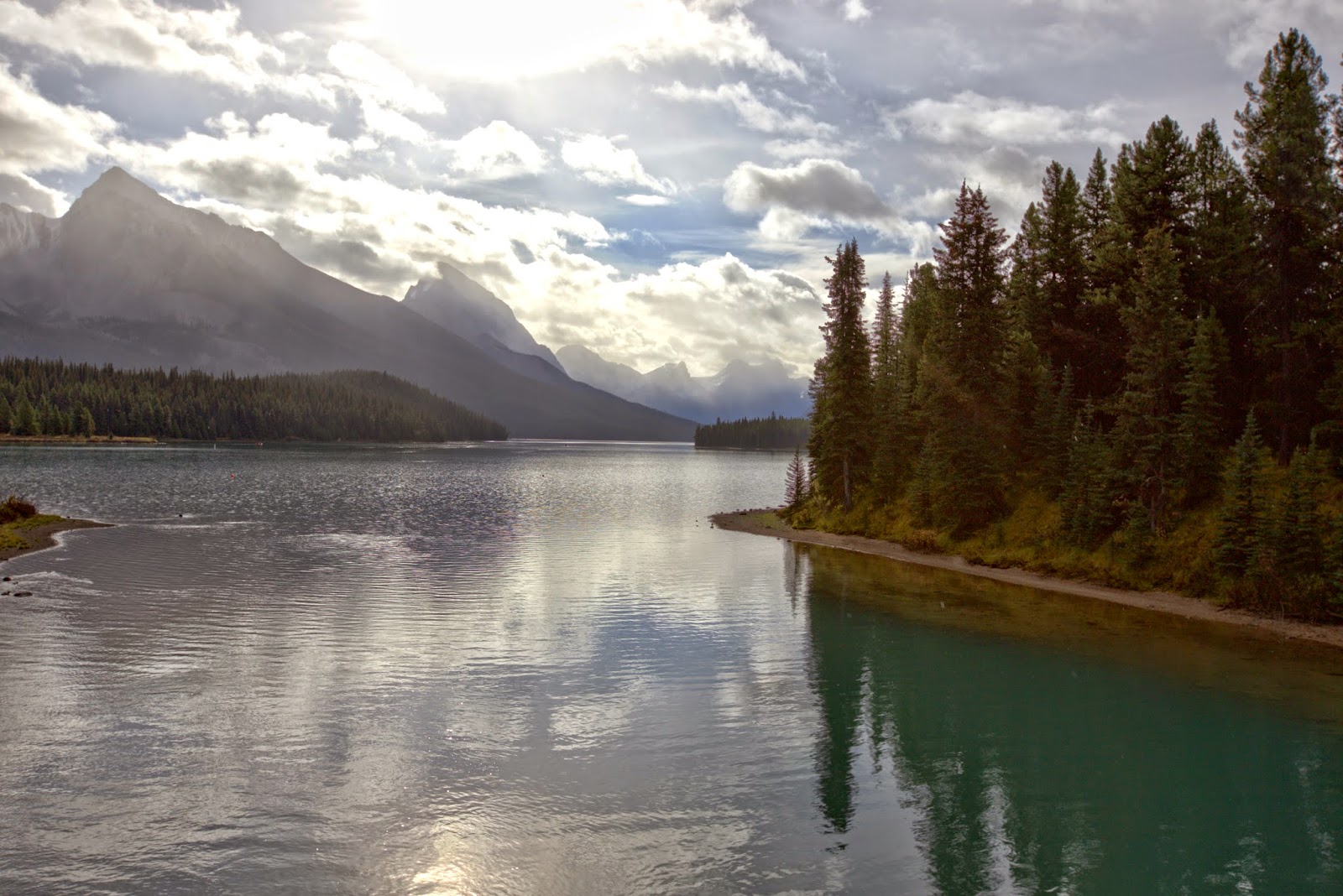 My son came over last night after I got home from work to help me take the winter tires off my car.  In truth I helped him as he did most of the heavy work.  What surprised me was how patient he was with me and with the whole process.  He let me help, let me unscrew the lug nuts, let me take the tire off and even watched as I attempted to put the other tires on.  I wasn't strong enough to hold up the tire and get it on the bolts, but I tried and he patiently waited as I tried.

I am not a patient person at all, so it surprises to me find out that my son is patient, at least with me.  He turned thirty last month and has his life back thankfully.  For almost ten years his life slipped away into drugs, dealing and prison.  I kicked him out of my home more than once.  I hoped and prayed that he would turn his life around and he did.  He has one year of school left and then he  will have his Bachelor of Business degree.  He lives with a lovely young woman who starts grad school in the fall to become a Speech Therapist.

He could have so easily been killed.  For years I would listen to the news and when a young man his age was killed or shot, I would stop and pray that it wasn't him.  When he went to prison, I visited him.  When he got out I let him move back home, all the while waiting for him to grow up, to stop being stupid, to become the man I knew he could be.

When my son was sixteen, a year before his life went off the rails, I was home alone with the kids.  It was a hot spring evening and I had put Katie to bed early like I always did.  I was usually worn out by seven and so was she.  Katie is a painter, by that I mean Katie likes to paint with poop.  That evening I could hear her in her bedroom and then I could smell her.  I went upstairs to change her but when I opened the door I found her covered in shit, from head to toe.  Her bed was covered in shit, the walls, the carpet and the door.  I looked at her and burst into tears.  My son heard me and came upstairs.  Without saying a work he took Katie by the hand and led her into the bathroom where he bathed her, washing the shit out of her hair and off of her body.  She would have been eight at the time.  I cleaned the rest of her room and a week later we took the carpet out of her bedroom and installed laminate, much easier to clean shit off of.

The memory of that night, of my son taking care of his sister, helping his mother, dealing with shit stayed with me all those years he was gone.  I knew, I hoped, that one day he would be that young man again.

Last night after we changed the tires he asked what I was doing for supper.  I told him just barbecuing some meat.  He asked if I would mind if he got a steak and joined me.  I didn't mind at all.  It was nice to have his company, to spend time with him.  He's my son, my baby but he's not.  He's a man with his own life and now it's him helping me.  How strange.
at May 14, 2014 6 comments: 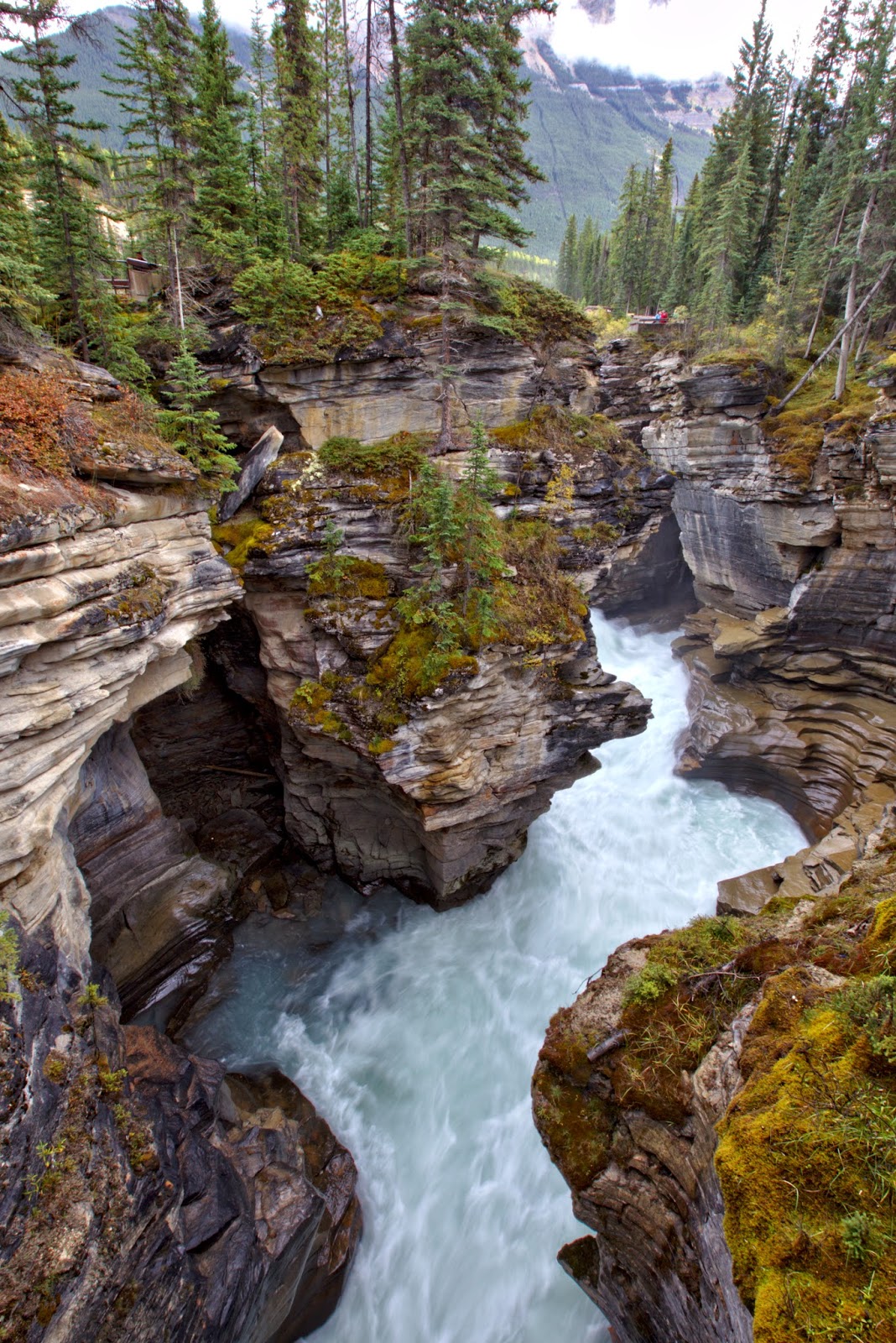 I'm reading a book right now, recommended to me by a counselor that the big guy and I are seeing.  The book is entitled, "The Language of Letting Go" by Melody Beattie.  Here is an excerpt from yesterday's meditation.

Life is a Gentle Teacher.  She wants to help us learn.

Life is a Gentle Teacher.  She will keep repeating the lesson until we learn....

I may have mentioned that I am a slow learner.  My grandmother was an alcoholic and although I never met her, her legacy lives on in me.  I have surrounded myself with alcoholics my whole life.  There is something deep inside of me that keeps repeating this pattern, to what end?  Is there something broken inside of me?  Is it just the familiar I desire?  I'm not sure.  What I do know is that I want to put an end to it.  An end to secrets,  an end to lies, an end to denial and pretending.

These secrets weigh heavily on my body.  I have suffered from back pain, caused by tight muscles, for most of my life.  More than one massage therapist that I've seen has remarked that I seem to be trying to protect myself from the world.  And now I'm crying so I'm sure that's true.

So if I feel unsafe, if I'm trying to protect myself from the world, why do I keep on repeating this same pattern?
at May 10, 2014 6 comments: 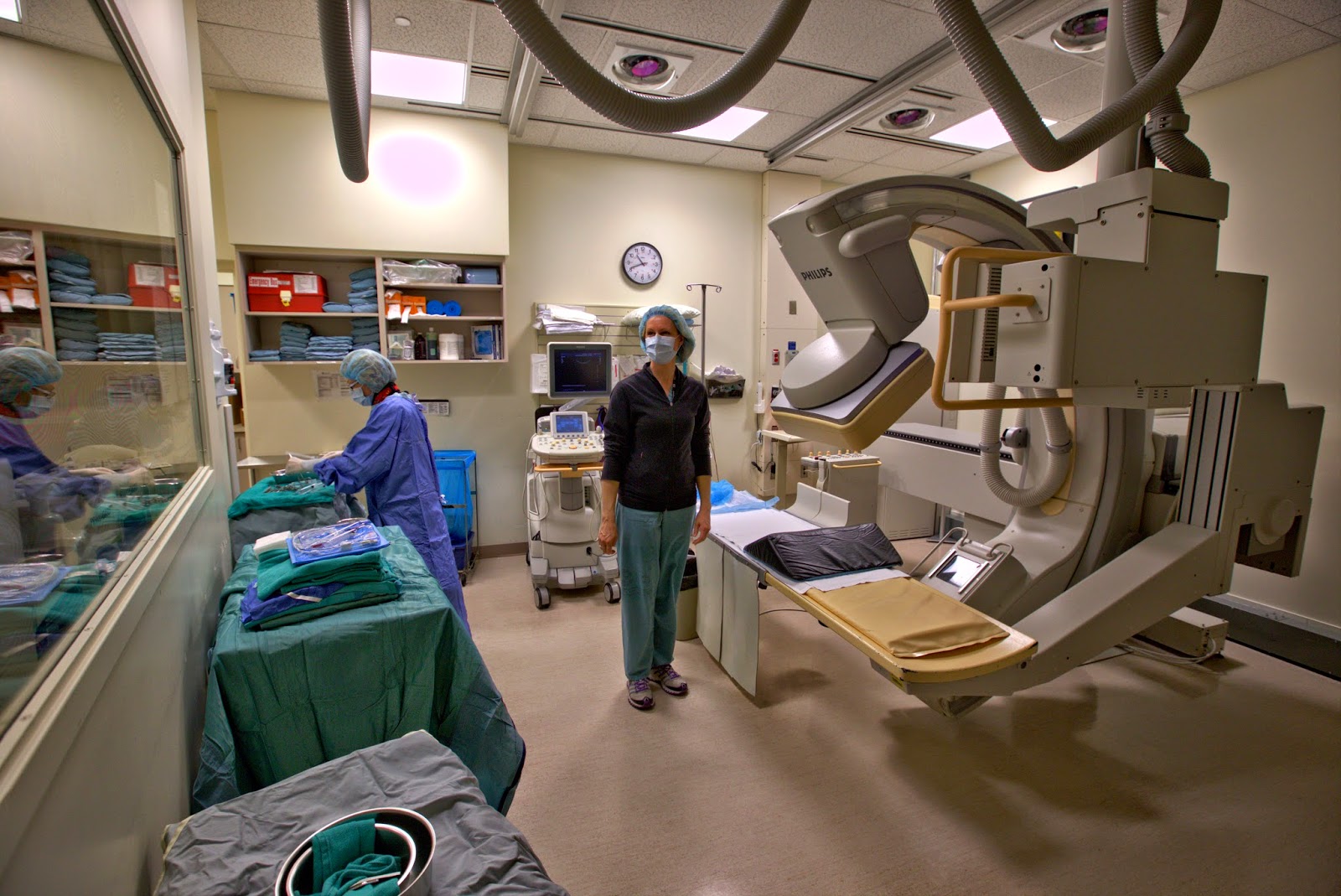