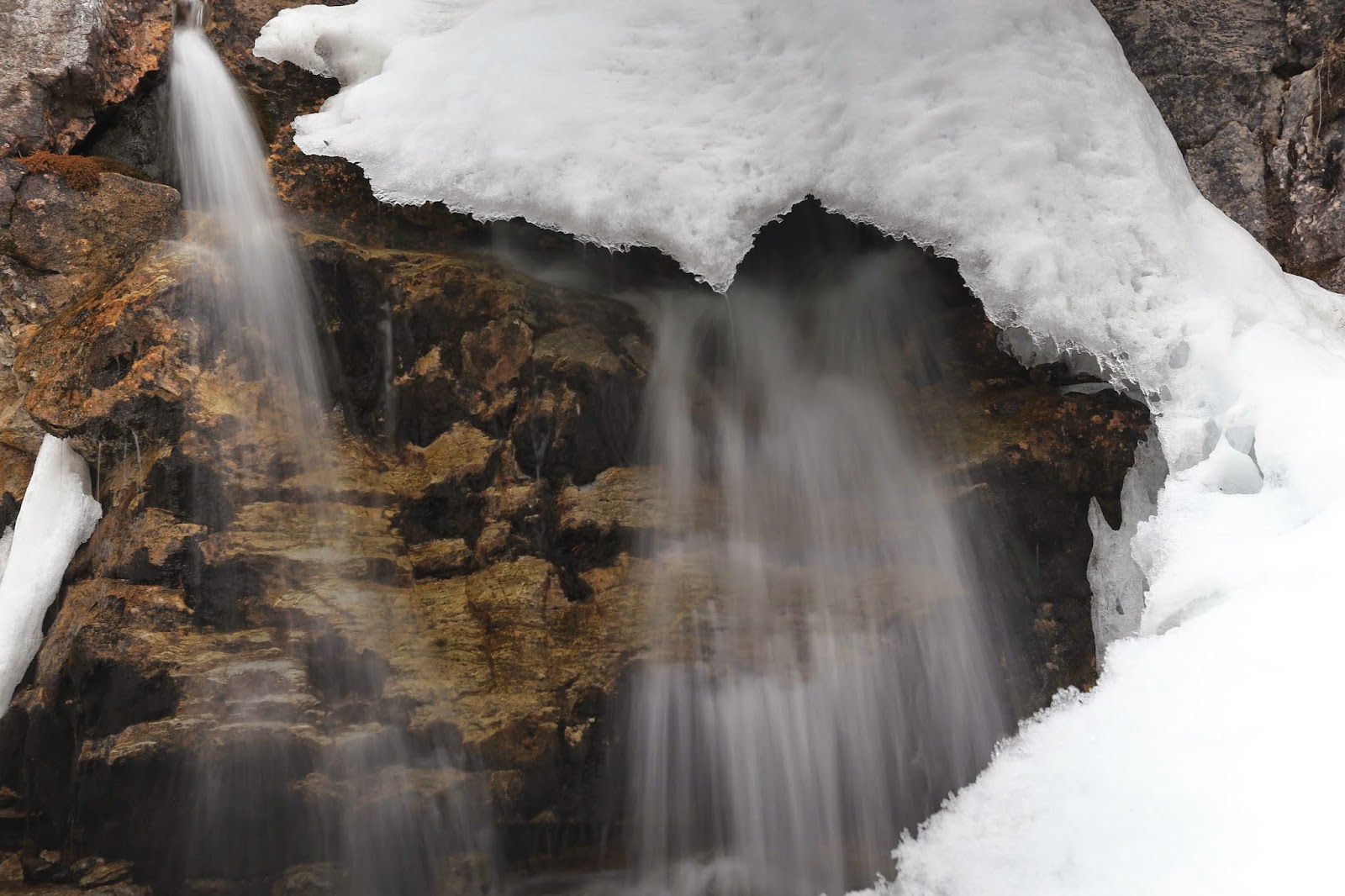 Turns out I partially dislocated a couple of my ribs when I fell a couple of weeks ago.  No wonder my back hurts so much;  the physio is helping though.  I've felt like a tired old woman this past month between the flu, falling and then another cold.  Things I rebounded from just years ago now take longer, or maybe that's just my imagination.  To be honest it's been a shitty year so far.  Shirley died.  Katie in and out of emergency with overdose, staph infection and then her biopsy.  The big guy and I were sick.  Bleeding for me and then falling.  News that Katie will have to move.

The good news is that both Katie's biopsy and mine came back fine.  And the snow has mostly melted and we can hear the geese outside the open windows, honking as they fly overhead.  We have a beautiful little granddaughter who positively twinkles with energy.  I love people who twinkle, not everyone does but I have patients who twinkle.  It feels like energy comes out of them, you feel better around them.  I can't explain it any better than that.

This morning is Katie's last day of Special Olympics Bowling until the fall.  It's been difficult with Katie these past few months probably because things of been different.  She doesn't do well with different, neither do I.  Just last weekend we were late to pick her up for bowling because of a huge snowstorm.  When we arrived Katie was getting a second bath because of a huge poop so we were late to bowling and I could not get all of the snow off of her wheelchair for the bowling alley.  We decided to just watch the bowlers rather than drip on the bowling alley, something which is deeply frowned upon.  Then we went out for lunch to McDonalds instead of to the mall, at Katie's request, and then we had to buy her groceries.  Nothing hugely different, all things we've done before but not all on the same day.  It was too much for her and she reacted poorly, screaming, crying, throwing herself first on the ground in the snow and then inside her house.  She started banging her head against the wall when we got her into the house.  Again nothing different, she does this, but it upsets me as well.  Last Sunday was not a good day.

Today the sun is shining, the snow has melted, we will stick to the plan, no deviations.  I remember when Katie lived at home how difficult that was for me, no deviations.  Life was always the same as much as possible because that's what worked for Katie.  Dinner time, bedtime, outings, no changes.  It worked for the most part but left the rest of my family and me, hostage to a small, disabled girl.  I'm not sorry but it was hard.  As much as I miss caring for Katie, I am also thankful that I no longer care for Katie day in and day out.  Now I can be her mother instead of just her caregiver.  I do miss tucking her into bed at night though, watching her face when she's sleeping, the anxiety erased from her face in sleep.  Such is life though.  Compromises.
at March 29, 2015 2 comments: 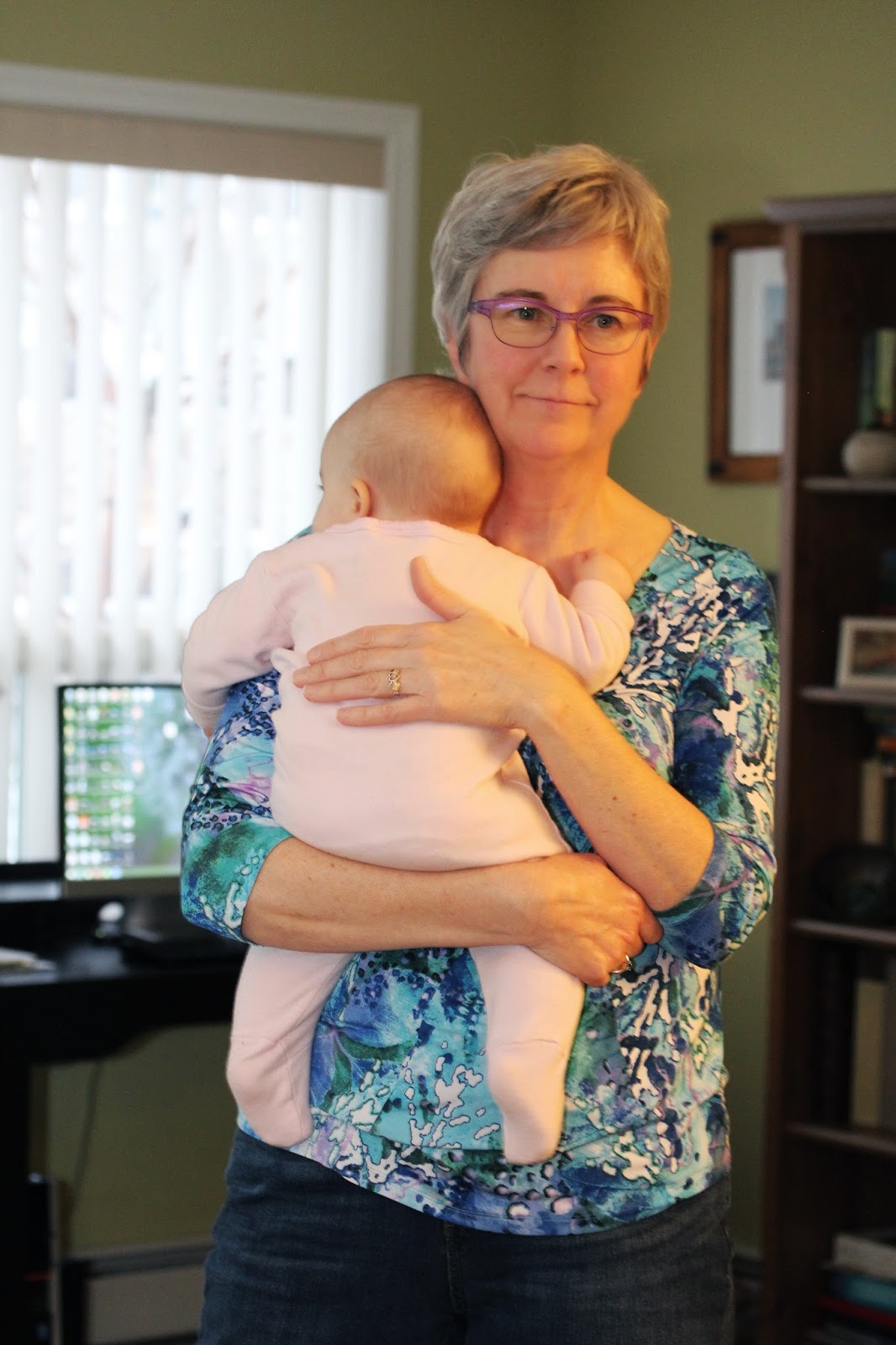 Grandbabies, even if they are step-grandbabies, she's still my grandbaby.
at March 22, 2015 5 comments: 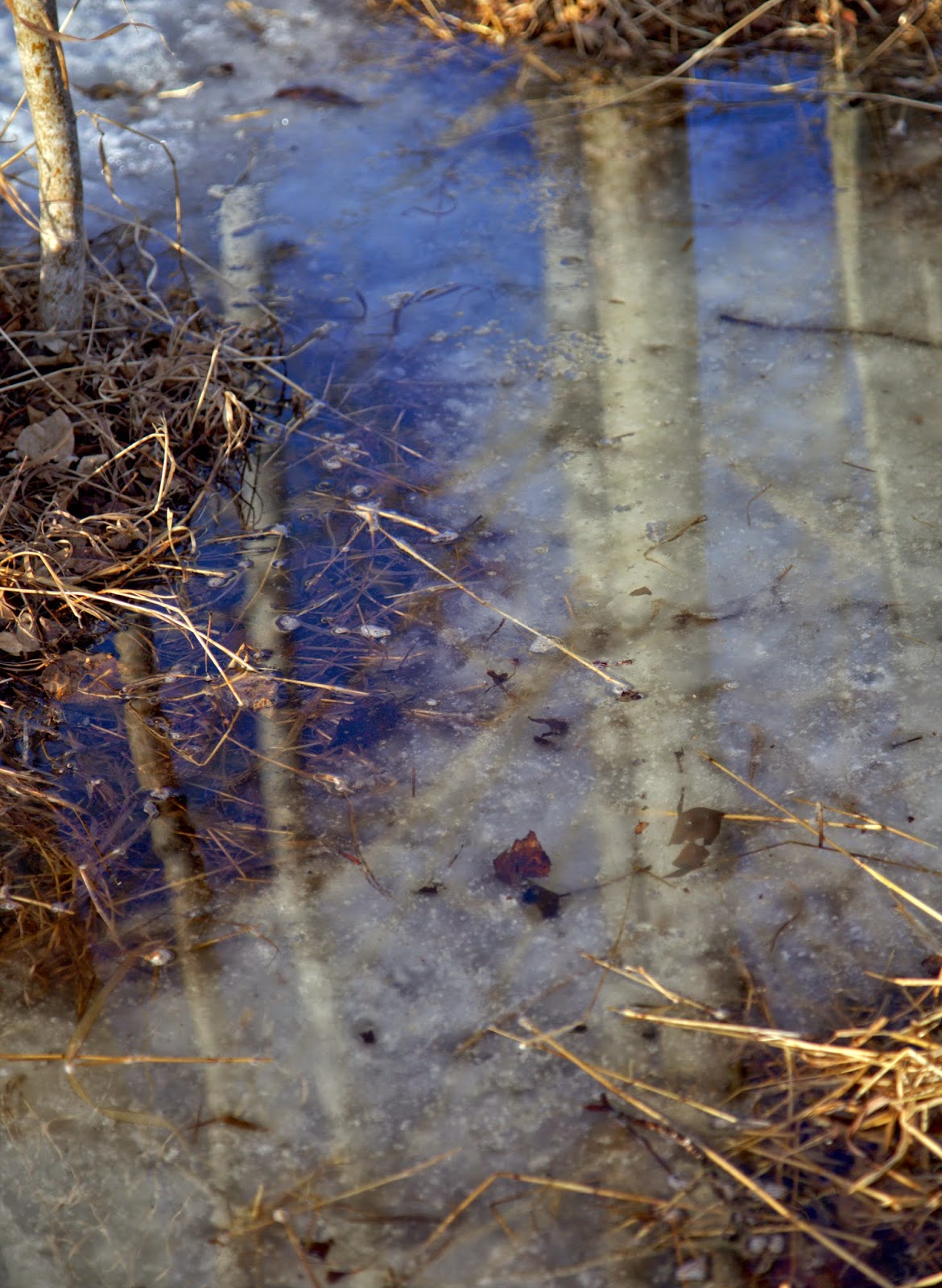 I'm sick again today.  Sore throat, achy, snotty, coughing and my back is still very sore from falling last weekend.  Gaaaaah!  I will live.  It's only a small virus.

Got the news today that Katie's mole was just a mole.  No melanoma!  I am so thankful.  Seems appropriate news for the International Happiness Day. 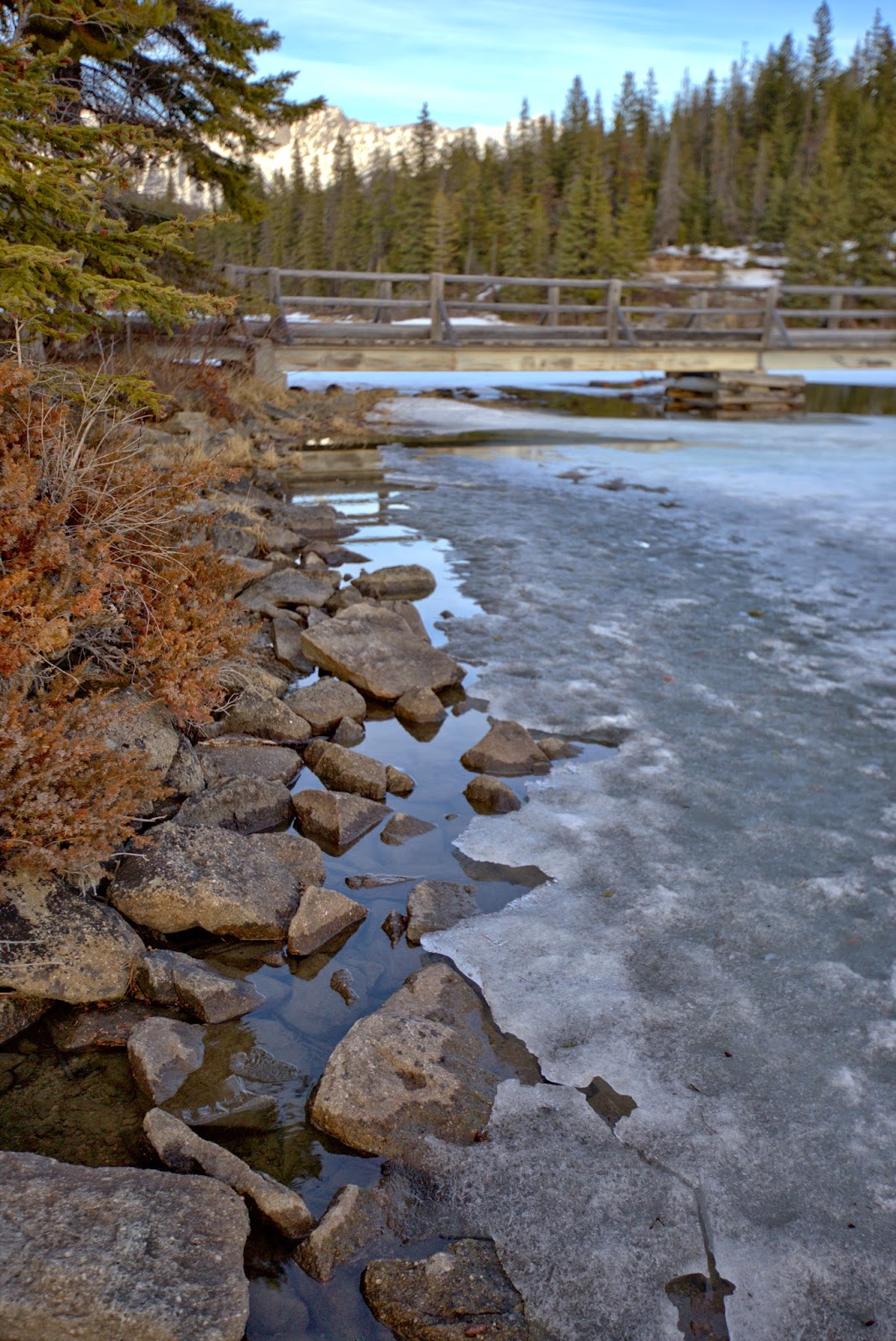 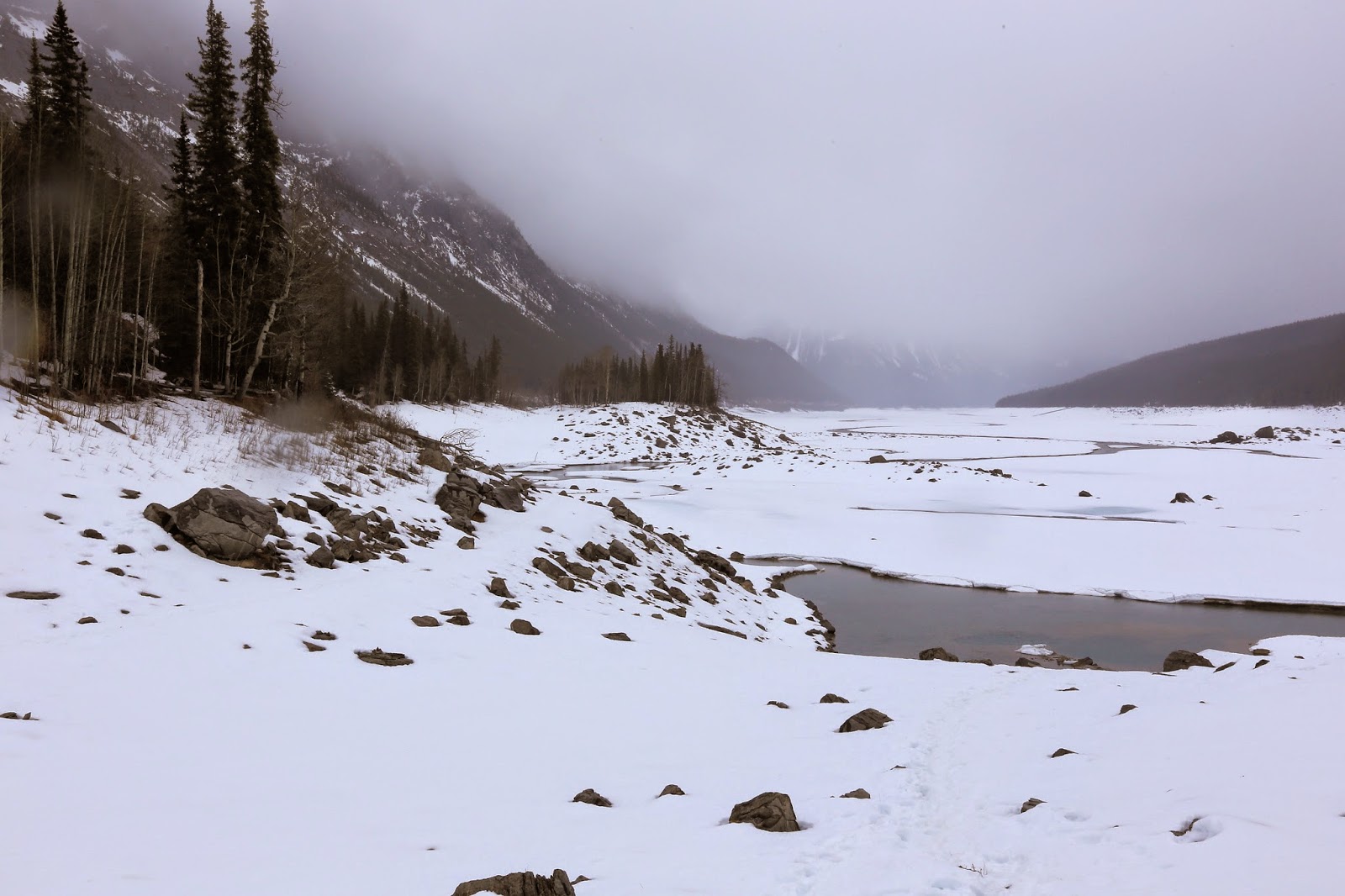 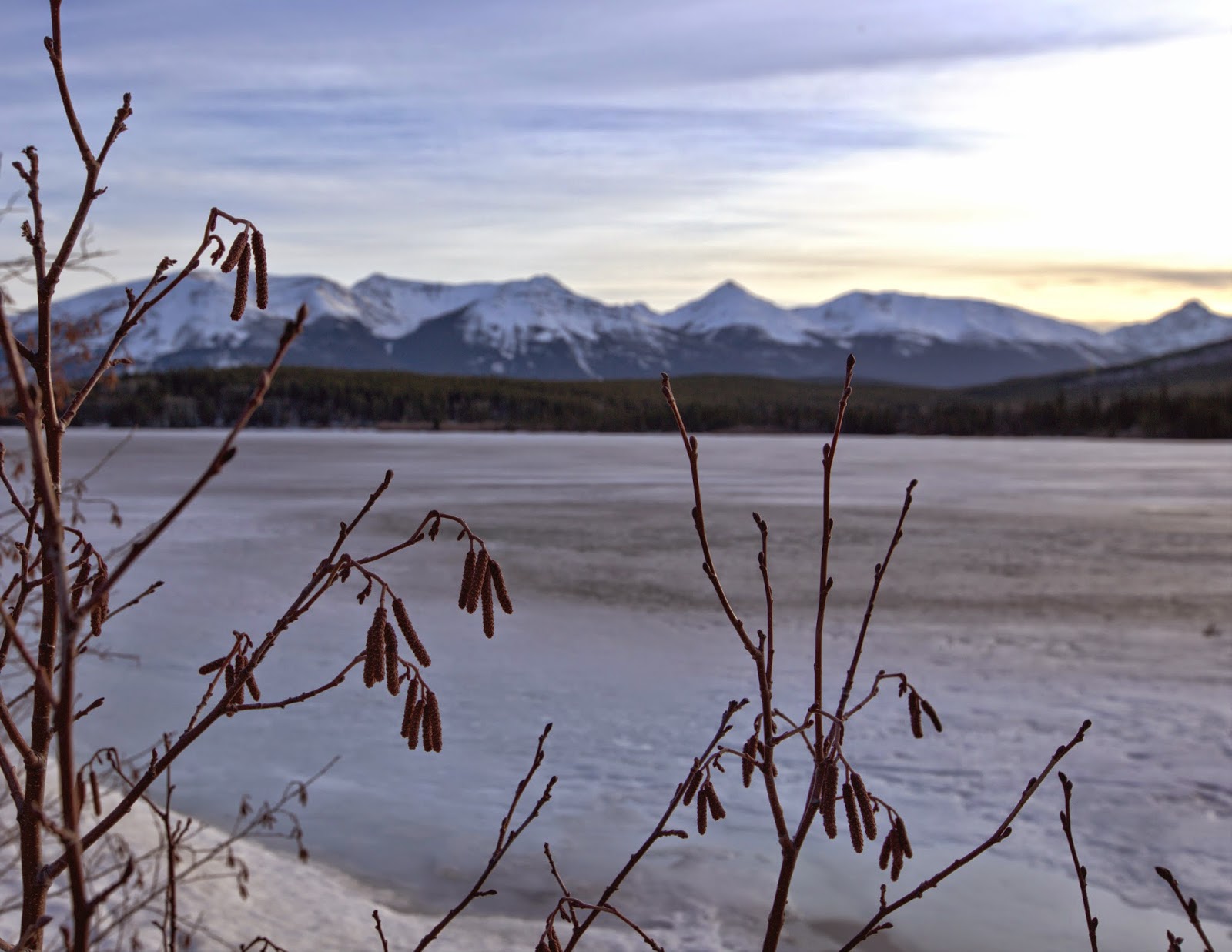 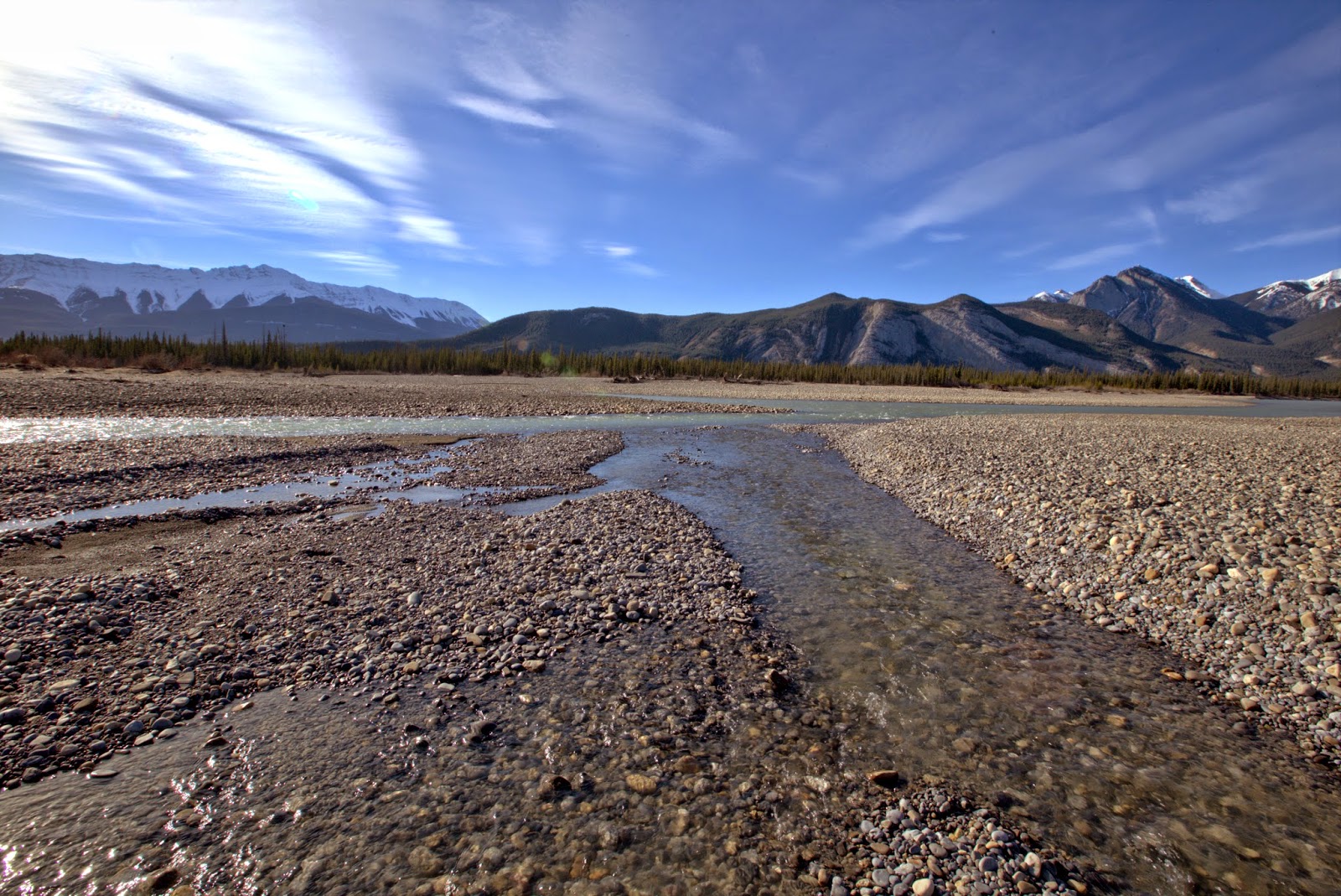 Columbia Icefield, although you can't see the glacier because of the low cloud and blowing snow. 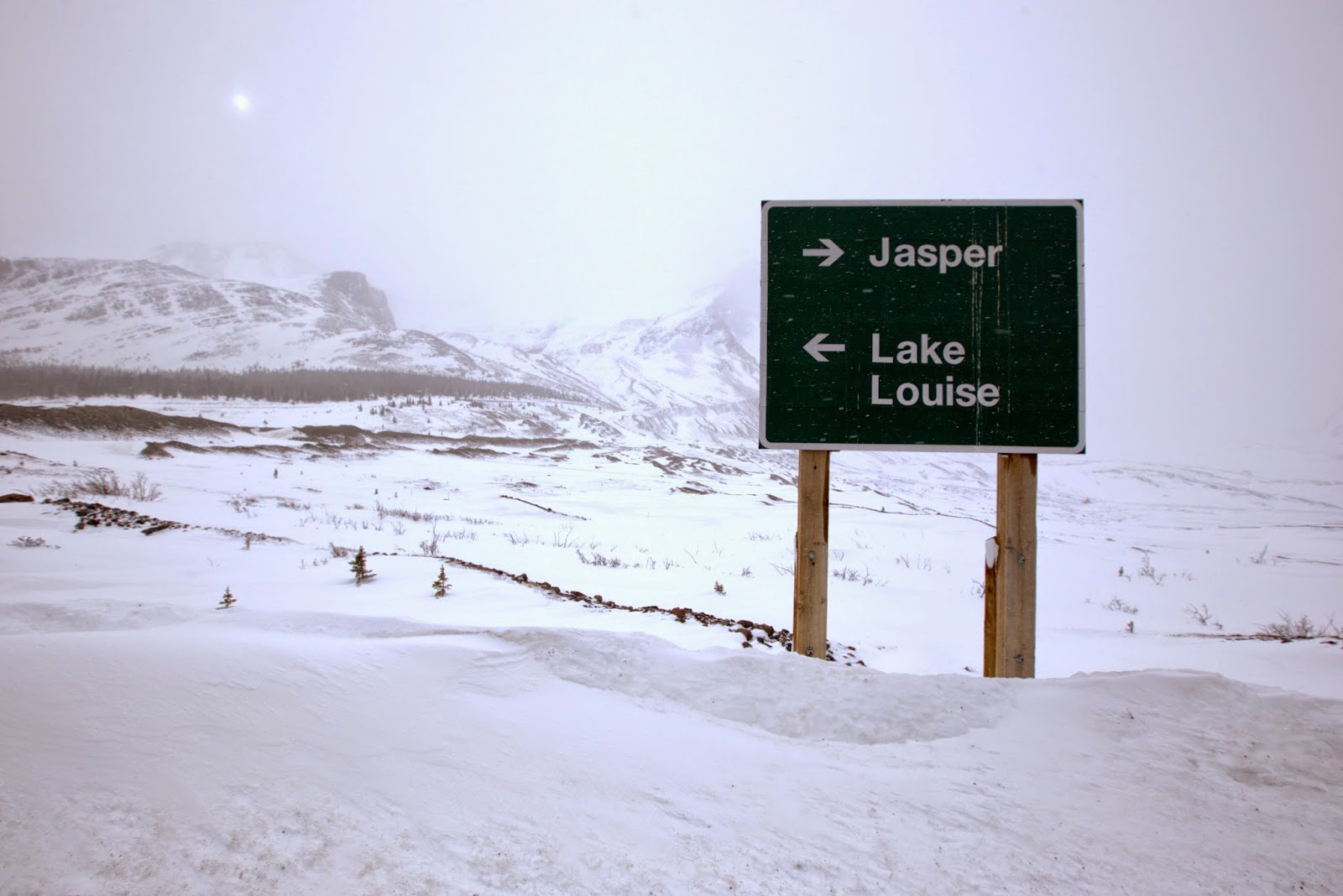 We had a good time and enjoyed all manner of weather in the forty-eight hours we were there.  Spring in the mountains.  Unfortunately I slipped on the ice at Athabasca Falls and hurt my ass and back, as well as breaking the filter on my camera. I was walking like a very old lady yesterday but feel better today.  My back where I landed on my camera hurts the most.  I am most thankful that I didn't break any bones, or my lens for that matter.

Katie is doing well, having some pain but is okay.  The dermatologist took out a good sized chunk of skin including the mole.  Poor thing.  We hold her down, poke her with needles and then leave a hole on the side of her thigh.  She must wonder why.
at March 15, 2015 2 comments: 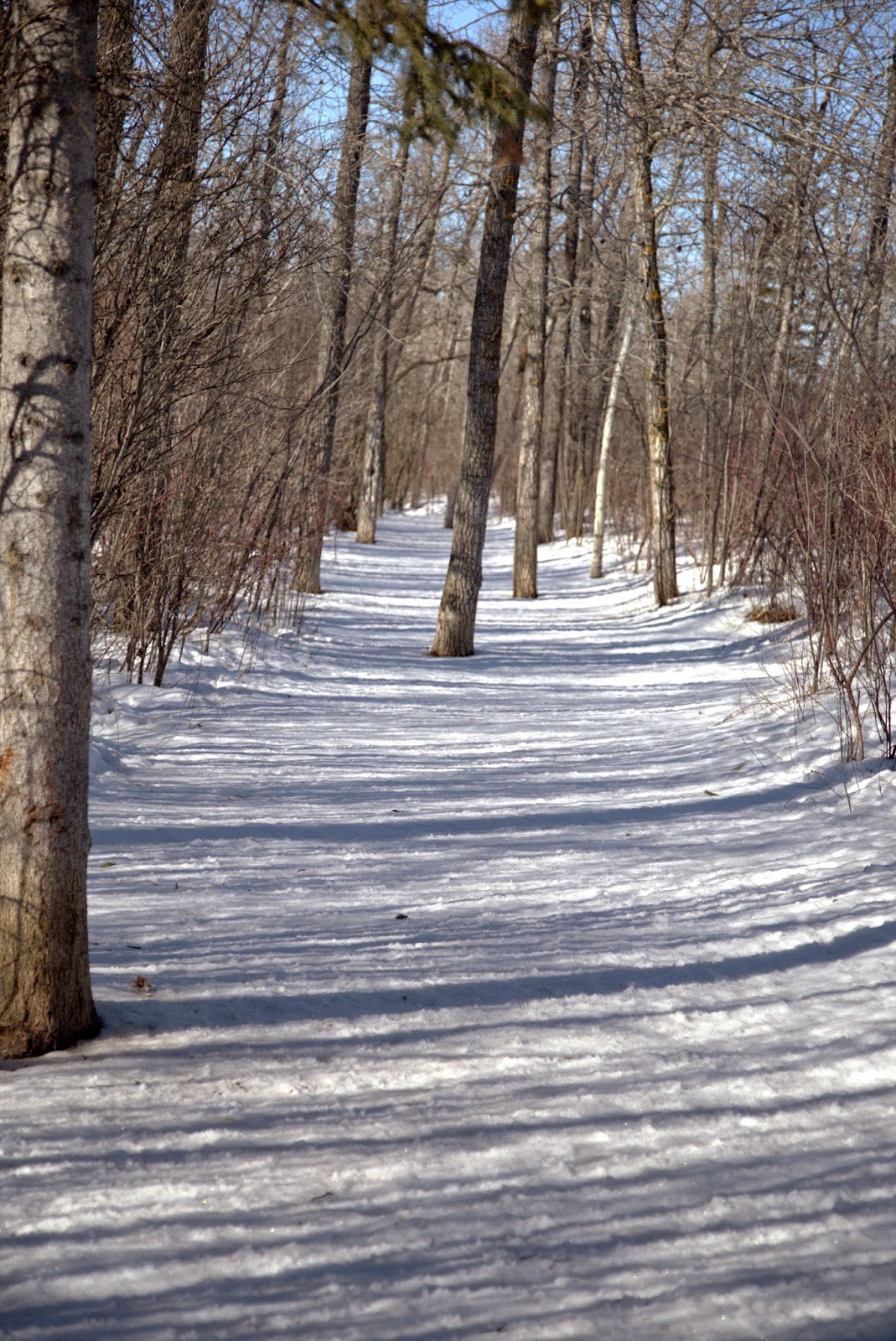 Things I worry about.

Katie and her roommate aren't getting along.
Katie's mole which keeps growing and changing, seeing Dr. Dickhead the dermatologist tomorrow.  Maybe he won't be such a giant dickhead tomorrow.
I've had two endometrial biopsies in eight months.  Post menopausal bleeding is not cool.
Upcoming sigmoidoscopy.  Rectal bleeding is not cool.
My son graduates next month and now he has to find a job, with a criminal record.
Looking for a house for me and the big guy.
Feeling old when I was sick a few weeks ago.

The big guy is coming with me and Katie tomorrow to see Dr. Dickhead.  Katie has backup.  I don't call him the big guy for nothing.
Warm and sunny today.
Leaving for the mountains tomorrow after Katie sees the doctor.
The big guy suggested Katie could live in my condo and we could buy a new house. I like to have a Plan B.
Spring is coming.
Friends.
And hugs.
My son is graduating with his degree in business!  I'm so proud of him.
Planning our summer holidays.  Vancouver Island, Tofino, Clearwater and more lovely places.
I'm not sick anymore and I have my old energy back.
I have enough money to buy a house.
A good man.


Update,  the doctor was nice and the mole has been removed!  Thankfully the big guy is strong enough to hold Miss Katie down.

When Katie was a month old and we'd just got past the, "Your daughter could be blind" news from the ophthalmologist, we were driving to a friend's house.  All three kids were in the car,Katie a month old, my middle daughter would have been nineteen months old and my son was eight years old.  My husband turns to me and says, "I only ever wanted two kids."

One night many years later I was sitting at my computer in the family room trying really hard to not pay attention to my very drunk husband, he staggered over to me and leans over me to say, "The only reason I drink this much is because I can't stand being here!"

There was more and apparently it still bothers me.  February is when things finally hit rock bottom for our us.  February is when both of my parents died.  This past February is when we kept taking Katie to emergency.  I feel drained right now between memories and the dregs of flu still plugging my sinuses.  I imagine little dead viruses scattered throughout my sinuses, eaten by white cells, waiting to be flushed, sneezed and coughed out by me.  Maybe that's how it is with memories too, waiting there inside my brain to be flushed out.

A good friend of mine died in 2009.  She was a nurse that I worked with.  She was diagnosed with cancer and dead within three months.  She was also only a few years older than me.  It was a huge shock and I realized then that I didn't want to spend the rest of my life, however long that was, with someone who didn't like me.  It was the end for me.

I was a chronic disappointment to my husband.  It's hard living like that, feeling that weight on you everyday.  It broke me and sadly those feelings linger on to this day, although they usually only bother me when I'm feeling down.  Many years ago, I was nineteen I think, I fainted and bashed my face quite badly.  I have a scar in my eyebrow from that faint.  For years it bothered me and then less and less.  Sometimes though I can still feel it, usually when I'm tired, a faint ache in my right eyebrow, a reminder of an old wound.

And that's how it is with my ex-husband and my marriage.  A wound that still aches at times, mostly when I'm tired or run down, less and less each year.
at March 07, 2015 3 comments: 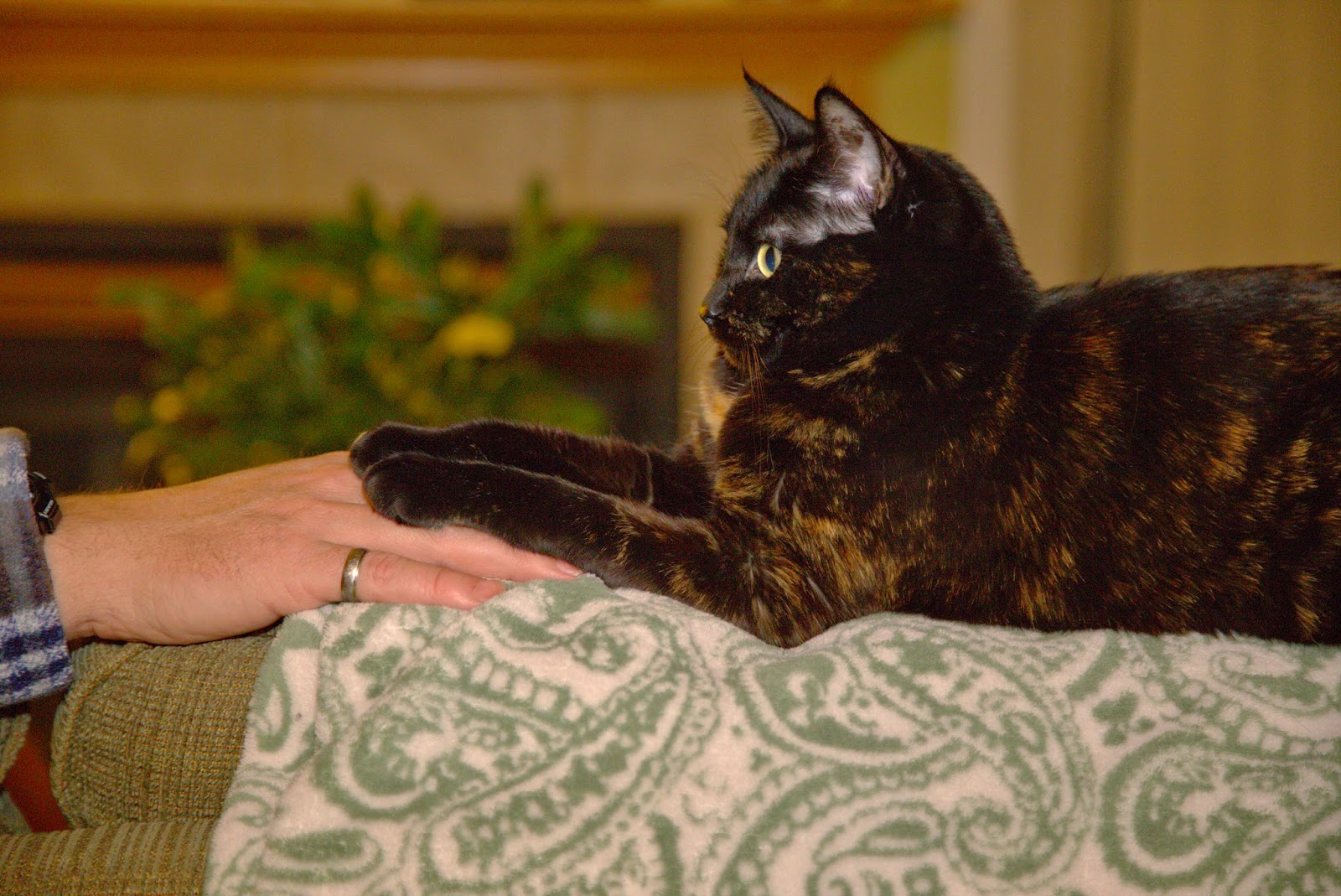