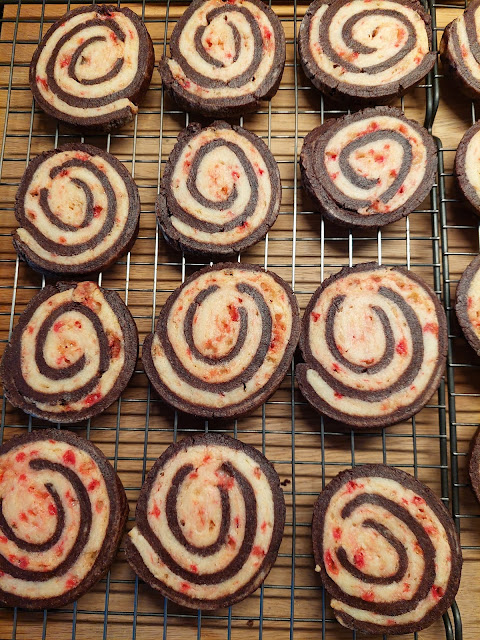 Last week I made these Christmas cookies.  Every year I like to try one new recipe for Christmas and this year it was these pinwheel cookies.  I'd never made pinwheel cookies and to be honest, I always thought they were too complicated/hard to make.  Turns out I was wrong, as I am about so many things:)
On Saturday, Jack was the child from hell.  He was tired and cranky all day, yelling, throwing himself around, trying to hit the dogs, and just being a jerk.  I took him to the park Saturday morning and then we went to McDonald's for an hour and a half.  McDonald's has a play park inside where he played with other kids hard for the whole time.  I thought for sure he would sleep but no, just miserable.  When he finally fell asleep at 7pm, my husband and I just breathed a huge sigh of relief and both agreed that Gracie would not be able to cope with jerk Jack.
Yesterday we picked up Miss Katie and took her out with Jack.  We saw Santa at the mall.  He's such a kind man and comes out and gives Katie a big hug.  To say Katie loves Santa is such a huge understatement.  After lunch, which Jack wouldn't eat, he and my husband went to the play place that they have at the mall right now for Christmas; it's filled with huge lego pieces that the kids can make things with.  Katie and I went shopping and left them to it.
On the way home from dropping Katie off at her home, Jack fell asleep and finally had a good two hour nap.  It was heaven.  My husband drove to Camrose to visit his dad and I darned socks, because that's how I roll.  When Jack woke up he asked why I had a rainbow on my socks.
I watched some videos on how to darn socks because I buy expensive wool socks to keep my feet warm in winter and I'm not going to just throw them out.  The varigated wool was left over from an afghan I made.  The colours make me happy when I look at my toes. 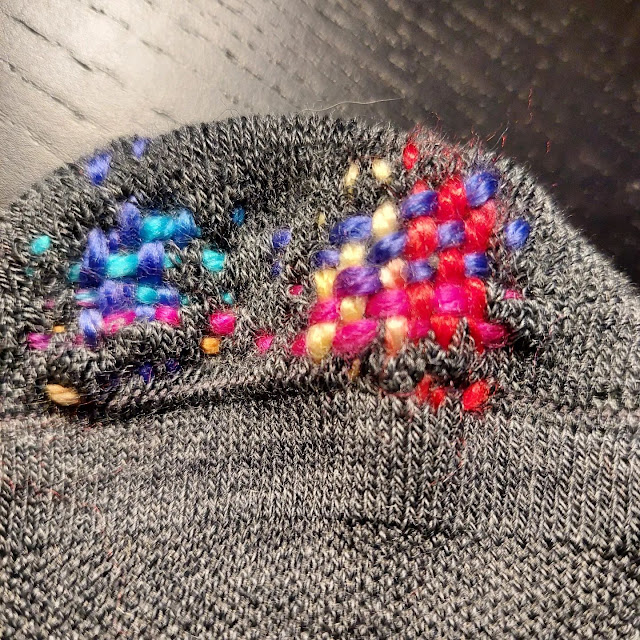 Last night after his bath, Jack decided he was a dog.  I told him what a good boy he was and he was the sweetest little puppy dog; there was no yelling or throwing of anything.  Again, heaven.  He had a good night's sleep and was happy again this morning.
Some funny, because we all need more funny. 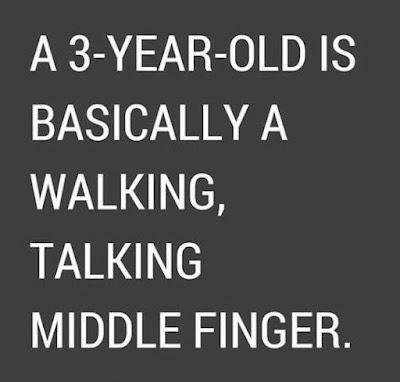 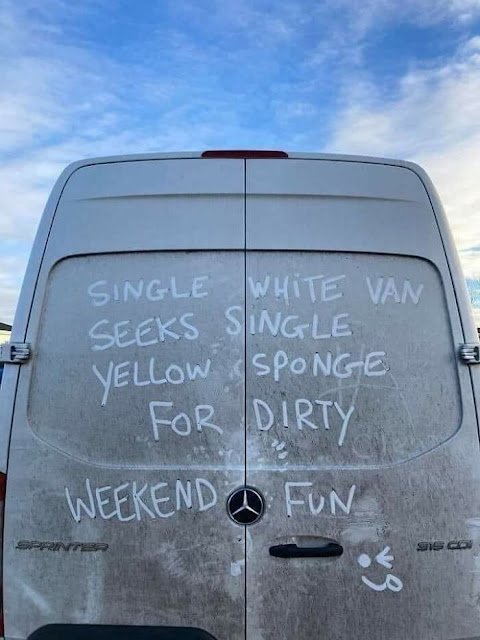