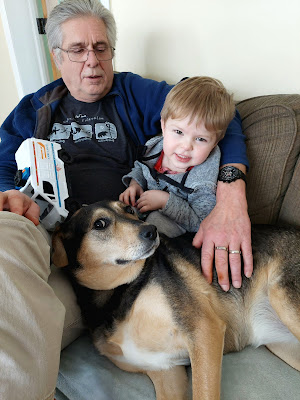 The drama continues, as it always will in Gracie's life I imagine.  Jack is safe and loved but also confused I think.  I think he's developing trust issues as well or maybe that's just part of growing up, learning that the adults around you are not always worthy of your trust.
Gracie was supposed to have moved out of our house last weekend but hasn't moved anything yet.  We have a new renter, a friend of Gracie's, who is a lovely, clean, hard working young woman.  Gracie has just left all her shit at the house and is "too stressed" to move it.  She left behind a helluva mess which will cost thousands of dollars to fix.
She also didn't bother to attend the last meeting with the social worker, because she "forgot", even though the social worker had only talked to her that morning.
I'm going to talk to Lori, Gracie's mom.  We need a plan B when everything goes off the rails in April.  Lori goes back to work in April and Gracie's sister is going back to BC in April.  Gracie won't have anyone to supervise her visits anymore.  Children's Services is now out of the picture because Jack has two grandmas as guardians.  It's up to us and Gracie now, and Gracie can't cope.  She has no job, her EI runs out soon, she has no daycare and no money to pay for it, and she's started using weed again because she's anxious.  Her life is just one continuous loop.
My plan is to make sure we have daycare in place, which means us paying for it, and then continuing to care for Jack, along with Lori.  Because Lori and I are guardians now, we can take Jack home with us if we feel he is unsafe or uncared for.  We have the legal right.  We can also call for welfare checks to make sure he and Gracie are ok if Gracie doesn't answer the door or the phone.
Not last week but the week before, I got some news from my daughter that felt like a punch to the gut and which I won't share here because it's her story. I know she values her privacy, or at least I know now that she values her privacy.  I grew up in a family where there was no privacy or boundaries so I'm not very good at privacy and boundaries but I'm trying.
I'm better now but the news dragged me under for a bit.  I couldn't stop crying.  And then this past week, my best friend called me, her husband had died in his sleep on Monday night.  He was only sixty-six.  My friend has cancer, her husband was healthy, or so we all thought.  It felt like a one two punch from the universe and I cried hard.
And then on Wednesday Jack came back to us, along with us sunshine. Yesterday we took Jack to his swimming lesson.  I go in the pool with him and we have fun in the water.  We play.  I forget about play sometimes which is why grandchildren are such a good idea, they remind us to play. 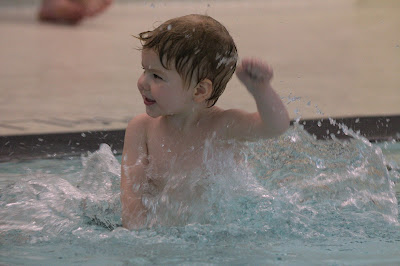 And this is how I feel somedays.  Adulting is hard:)