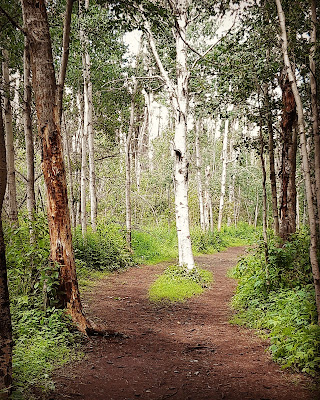 I've been busy at work and with Jack.  I took the dogs for a walk last weekend and came across this tree, standing in a small patch of grass and sunlight.
The cat has been enjoying the long days of sunshine.  She has plumped up in the last few years, like me.

I was talking to one of the oncologists yesterday at work and he said he was worried how much busier we were going to be once the pandemic is over.  Breast screening and colon screening have gone down during the pandemic so people will be further along in their disease process by the time they get to us.  I'm guessing cancer deaths will bump up for the next few years until the backlog of people have cleared the system.
My brother is in town and I talked to him on Tuesday.  It was nice to catch up and he's coming over for a BBQ tonight with his daughter and her boyfriend.  It's been eight years.  We got older and maybe a little wiser.  I guess time will tell.
He is also visiting a childhood friend in Red Deer this weekend.  His friend has colon cancer and the doctor just told him that he only has weeks left.  I'm glad they'll get a chance to say goodbye to each other.
I'm so tired of cancer.  I had a young woman with breast cancer the other day and we poked her seven times trying to start an IV.  She was crying and I ended up crying too.  I told another patient who has been coming to us for eight or nine years that most of the time I just try to imagine that my patients get better when I don't see them anymore, even though I know it's a lie.  He's a sweet guy.  His doctor told him he had months to live when he first saw him, so he's quite pleased to have proved the doc wrong.
It's hot here and going to get a lot hotter.  The forecast for the weekend and next week is in the 30Cs, up to 36C (96F), which is bloody hot when you don't have AC.  It will pass but it will be unpleasant too.
Miss Katie gets her second vaccination today which means her life will get back to more normal, maybe going out and her father has said he'll come out to see her next month.  I'm waiting to see if that really happens before I tell her that.  She hasn't seen him in a year and a half and I don't want her to be disappointed.
Our lockdown is coming to an end this week which will be interesting.  No more following arrows on the aisles:) 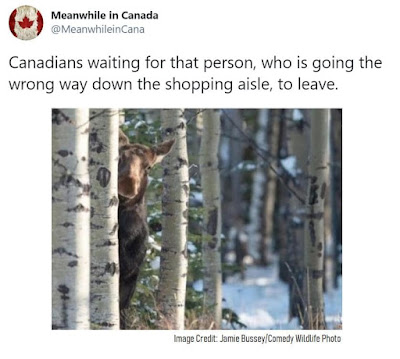