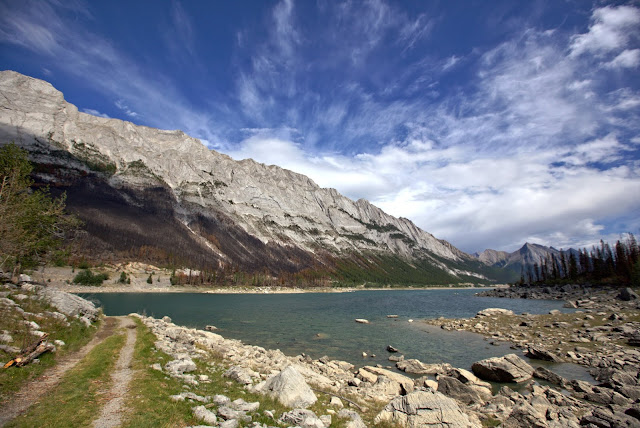 This is an old photo, almost five years old, taken out at Medicine Lake in the late summer.  The lake slowly drains over the course of the summer, exposing giant rocks and a road.  The photo doesn't do the place justice because the rocks are enormous and the lake is 7 km long.


Work was hard yesterday.  One of our frequent flyers, a young man with either leukemia or lymphoma, can't remember, came for his IT chemo and I asked him how he was.  Not good he said.  The doc told him that the chemo isn't working anymore, that they've run out of options.  The young man is 31 years old.  I wanted to hug him and I couldn't.

We had a lady in her eighties yesterday come down for a PICC line. She's from a retirement home so she was on isolation for suspected COVID.  I had a yellow gown, mask, gloves and hat on while I interviewed her.  She was crying because her husband died of cancer two years ago.  He was a patient of ours.  They were together for 62 years and she misses him so much.  We were both crying and I couldn't hug her.

One of my coworkers is a very extroverted young woman who works and then goes home to be with her cat.  She's having a hard time spending so much time along and I can't hug her.

I had no idea I hugged so many people.  When I was a child I was very shy and hugs always filled me with anxiety, not the hug so much as the social rules around who to hug and who not to hug.  I started hugging people when I hit my thirties.  I grew up without hugs and I didn't want my children to grow up like that.  Overnight I became a hugger and I'm okay with that.  Fortunately I have the big guy to hug me and he does but there are so many people in the world right now who are alone and not getting hugs.  It makes me sad this lack of hugging. 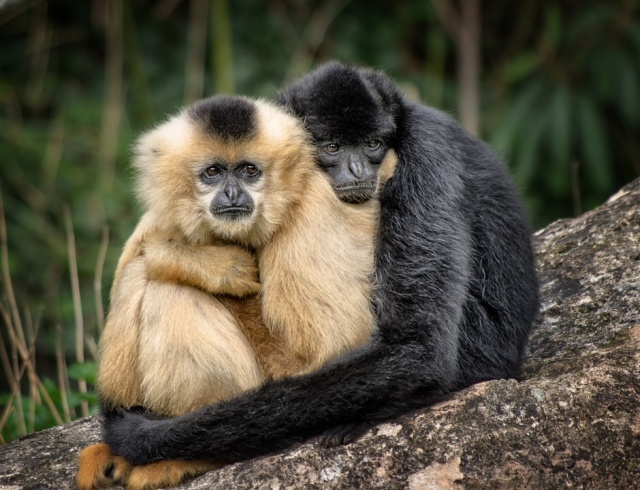 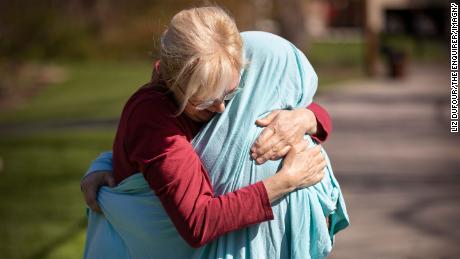 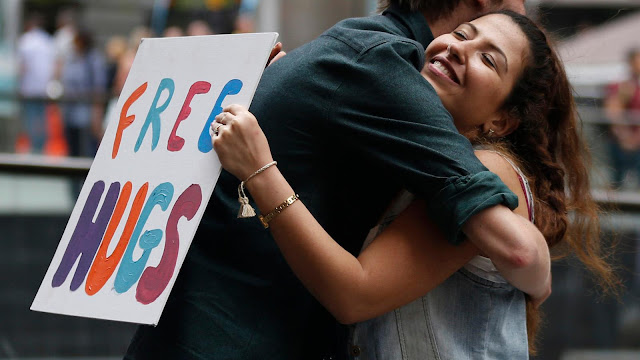