My week in photos.  Lucy ended up having to go to the vet because her gash wouldn't heal.  She gets the drain out tonight which will make her feel better I'm guessing.  It's starting to itch which is a good sign.  She's on antibiotics and pain meds. 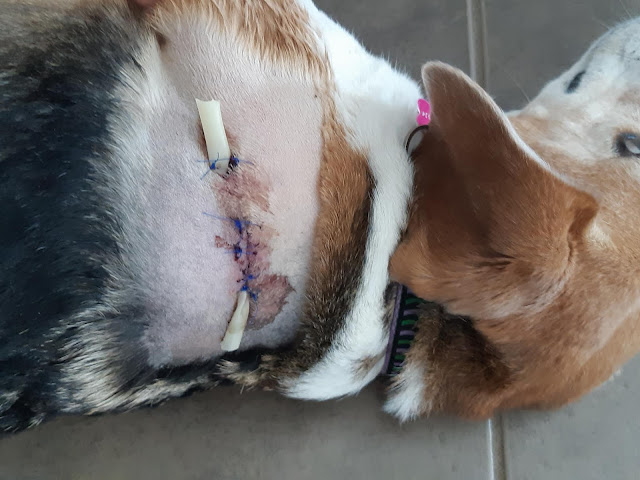 We have a mayday tree which sadly has become overrun with black fungus.  We didn't know anything about it when we moved into this house and the tree had never been pruned by the previous owners.  You have to cut about ten inches below the black fungus infection and as you can see, that's most of the branches.  We got it about half done this weekend, including a full day of burning the branches because they have to be burned or put into the landfill in plastic bags which I won't do.  By the time we're done the tree will die which breaks my heart a little.  That tree gave us so much shade and privacy, not to mention robins nests. 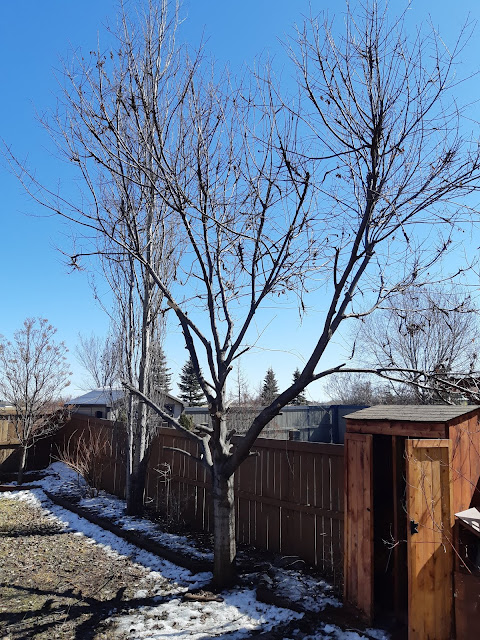 As you can see Lucy is coping with her injury, barely.  She's not a fan of wearing a t-shirt but it stops her from scratching the wound. 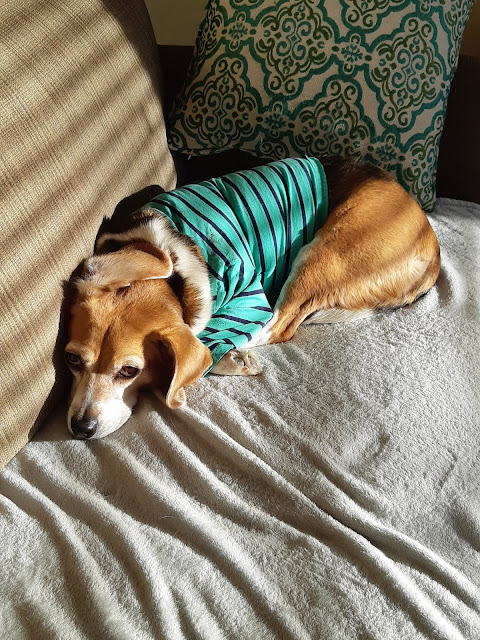 Gracie had a bad day yesterday so the little guy is with us for a couple of days.  He's wearing a pink sleeper because it only cost $3 and he doesn't care.  He loves the pantry.  He goes in there and just looks at all the food and touches the containers.  Wait until he finds out there is candy in there. 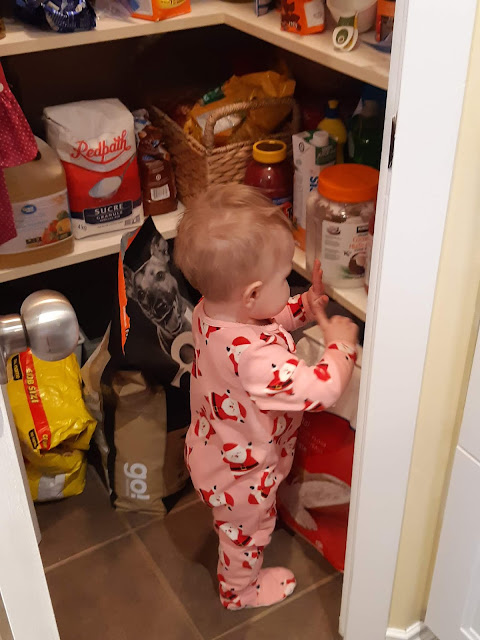 He was also helping me with the laundry which I appreciate so much.  He's such a character, so curious, wandering around with his music, waving his hands and just enjoying life in general.  He doesn't seem to mind the lockdown at all. 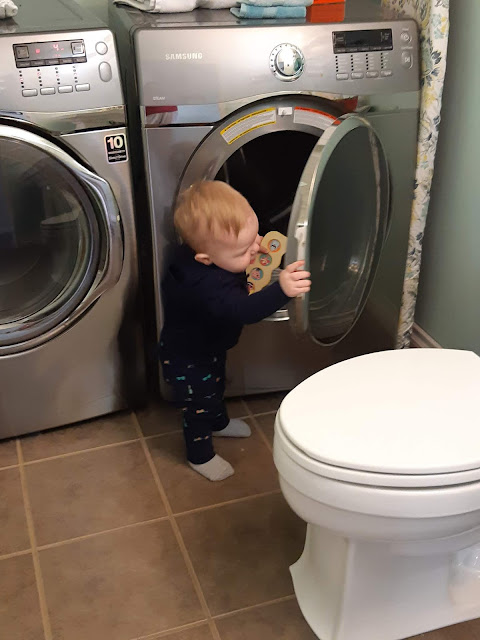 Later after his nap we're going to go for a long walk and get some fresh air.
Stay safe my friends.
at April 20, 2020