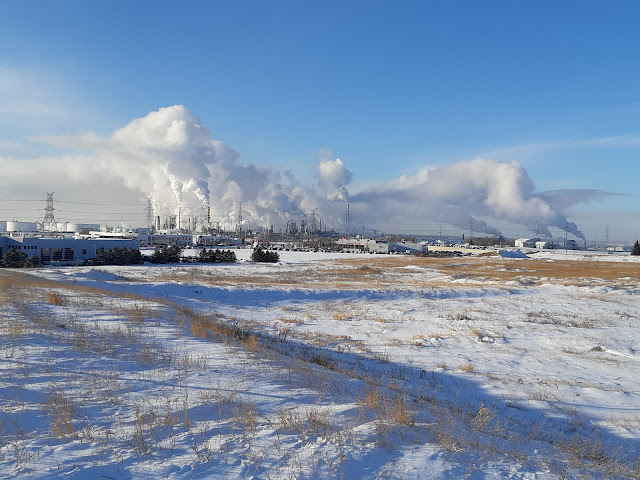 We officially adopted our new dog yesterday.  Her name is Heidi and she's a sweet dog, gentle, quiet and loving.  She was skin and bones when she was rescued with her pups.  She's gained some weight her foster parent said but still needs a few more pounds on her.  I am always amazed at how forgiving dogs are, even after abuse, even after neglect, they can still love.  They can certainly teach us all a thing or two.  As I write this, she's lying by my feet, quietly resting. 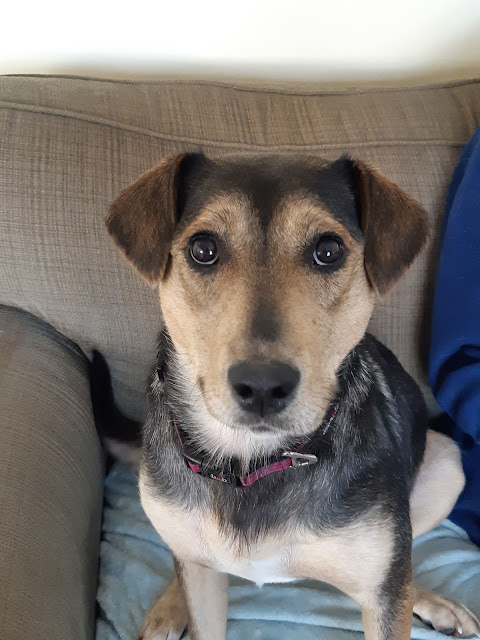 Lucy is getting used to having another dog in the house.  They've been roughhousing and chasing each other which is all fun and games until Lucy's back hurts and then she yelps and everything stops.  The cat stayed in her bedroom all day yesterday, only venturing out for supper and then going back upstairs to her room.  It's like living with a teenager.  She'll come around, it just takes time.
My grandson is doing well.  He's here now, sleeping as I write.  Gracie seems to have returned to the land of the living and is a good mama again.
I was thinking about my daughter yesterday.  We haven't spoken since August which makes me sad.  She doesn't really like me I realized awhile ago.  I'm too much.  Too emotional.  Too loud.  I share too much.  Too impulsive.  Just too much I guess.  It's how I am.  It's not good or bad, it just is.  Her dad didn't like it either.  I was a disappointment to him and to her it seems as well.  But I am what I am.  I don't feel like apologizing over and over again for being myself.  She was offended because I shared with her about my depression, I'm guessing here, because she only texted that she was angry and hurt and that what I had written shouldn't be out there.  I told her about feeling suicidal and how much a counsellor had helped me.  I'm also tired about not talking about my depression.  It's been a part of my life as long as I can remember and it's something I struggle with everyday.  She didn't like it.  It's so hard having imperfect parents.
I hope that she gets over it.  I miss her.
In the mean time, life continues on.  I'm reading a book right now, "You Are Awesome" by Neil Pasricha.  It's interesting and affirming; it talks about failing and then changing the stories we tell ourselves.  It's a quick read but it's always good to know that you're not the only person in the world who likes to catastrophize things.  He has some key ideas one of which is adding an ellipsis to your thoughts.  My daughter won't talk to me...  and then adding yet.  It's a good way for me to change how I think.
In the mean time, I'm going to go and make a loaf of sourdough and spend the day with my grandson.
Take care.
at January 19, 2020