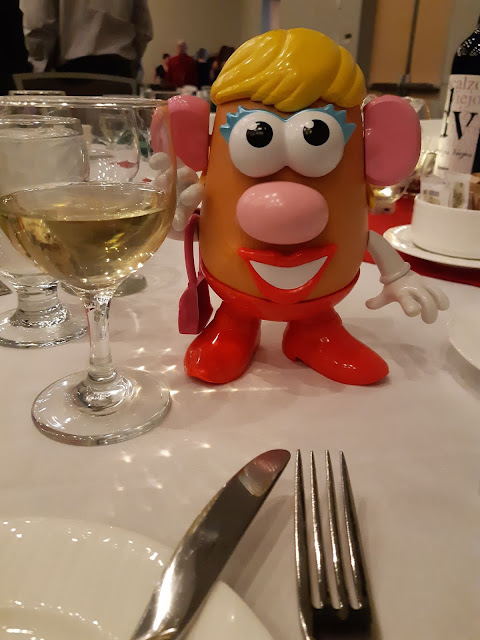 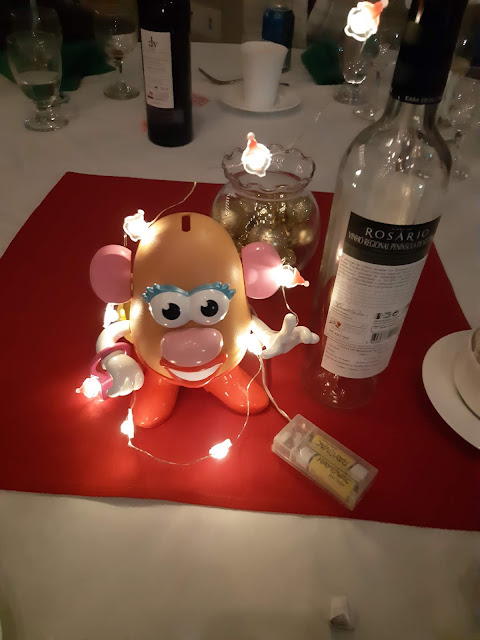 At one point she lost her hair.  She's like that though, kind of a party animal.  She's a much more exciting woman that I am.  She doesn't say much but people are always talking about her.
It was nice to get out but I had two glasses of wine last night and now I have a headache, because I'm a lightweight when it comes to alcohol.  I got to see friends that I haven't seen in awhile.  Lots of hugs and laughter.  The big guy and I even had a dance.
We're off to see Katie this morning which will be nice.
at December 01, 2019