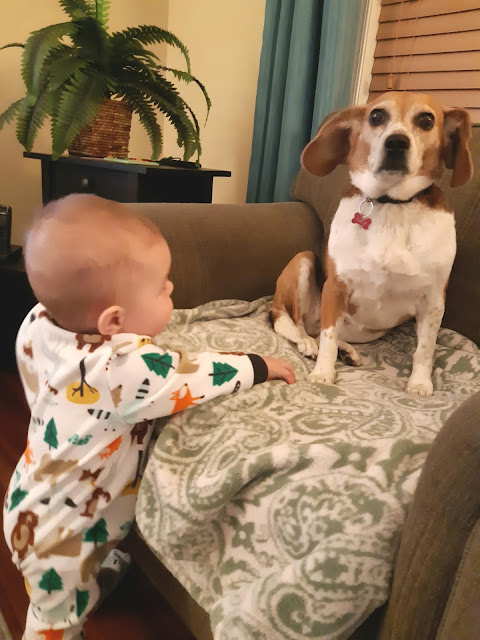 My grandson spent some time with us last weekend.  He's on the move and the dog and cat are no longer safe.  The poor dog, she's not quite sure what to make of the small human that smells like food, milk and sometimes poop.  The food smell is enticing but then it touches her and she's not sure what to do. 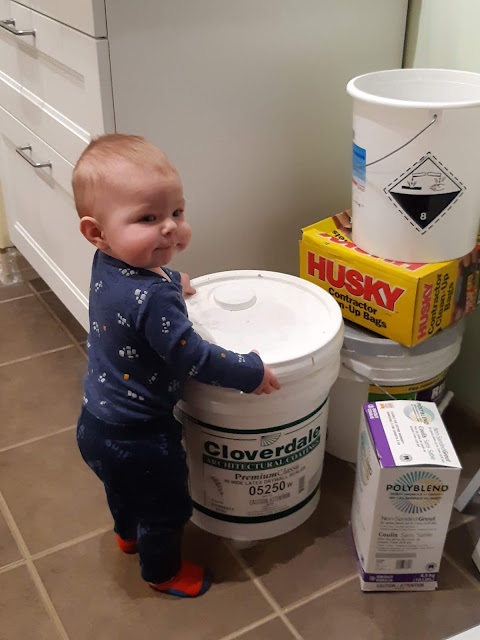 The little guy is doing well, meeting all his milestones for which I am eternally thankful.  I have Katie, the only milestone she ever met was smiling at six weeks, and both his parents were drinking heavily when he was conceived, plus the little guy had to be resuscitated at birth.  So yeah, a little worried.  Gracie is doing well which I am also thankful for.  My son is missing in action, not in jail yet but gone to ground I guess.  Sadly, it's just so much easier when he's not in my life.  We fight, he irritates the shit out of me with his constant lies.  He disappoints me and I disappoint him.  I still hope he gets it together one day for the sake of his son but the hope is slowly fading.

The kitchen is almost done and I'm back to work.  My feet are less sore and I'm keeping up with the physio and icing.  Life is good I guess.

I'm off to clean up the detritus of the last two weeks of renos.  When the counters finally arrive, I will post some photos.

The sun's come out and it's shining through the windows now which always makes me feel better.
I'm thankful.
at November 22, 2019