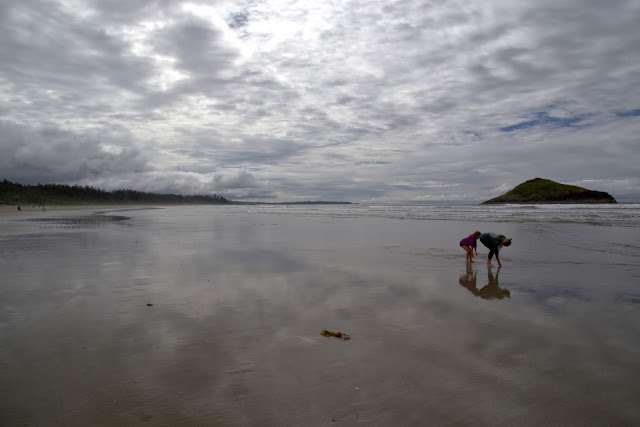 I was sick again this past week.  The last six weeks have conspired to make me feel like a very old woman, but I'm on the mend.  Yesterday at work a seventy-four year man assumed I was close to his age.  Ouch.  It's the almost white hair.  I hope.

My grandbaby hasn't made an appearance yet.  His mama has moved and is all settled in now and loves the house.  I took the dog for a walk last night and stopped by to visit her and see how she was doing.  She's good but big as a house poor thing.  Soon.

We had a code at work this week, a severe allergic reaction to the CT dye, something that happens but rarely are the reactions that bad.  The patient was fine in the end but scared the shit out of all of us.

One of the nurses I work with is a good friend of mine.  She has bipolar disorder and is sinking again.  She usually only last about six months at work and then ends up back in the hospital which always breaks my heart.  She's a smart, funny, kind woman who has a huge heart and right now I can see her fading.  She folds up and slowly backs away when she is suffering.  Her fur goes up and she gets prickly.  It's the disease but still I miss her when she's like this.

Same old same old.  Nothing much changes, while constantly changing.  The snow is receding in the back yard leaving behind snow mold and what appears to the stools of a hundred dogs.  I can't believe such a small dog can produce that much shit.  I suppose mine would look the same if it wasn't flushed down the toilet each day but rather spread on my lawn, waiting for spring.

My in-laws are coming for supper.  I won't hold my tongue today if my father-in-law starts talking about Muslims.  I'm done with letting him getting away with his racism because I try to respect my elders.  If he chooses to talk about racism I will respond.

Now it's time to clean.  There are muddy dog footprints on the floors which need cleaning up.  Supper to be made and a dessert.  I'll listen to the CBC while I putter around the house.  The big guy has gone into work for a few hours and I have the house to myself.
at March 23, 2019