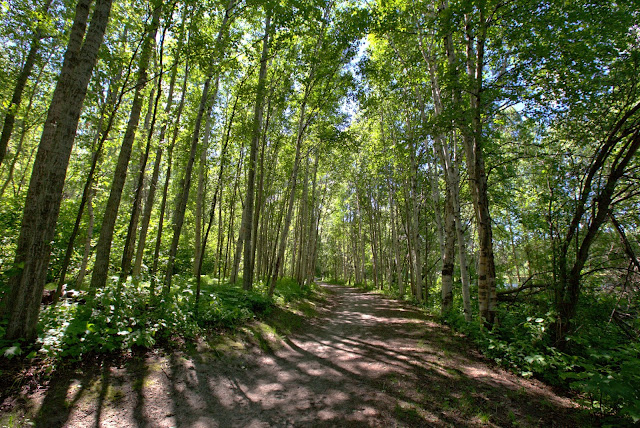 It's been a busy couple of weeks.  Still no baby.  Gracie was supposed to start being induced yesterday but apparently the hospital had a bunch of emergency C sections so no time for inductions.  That poor girl is terrified of labour and I'm wondering how much of the holdup is due to fear.  I imagine she's also worried about the shit show that will ensue with my son after the baby is born.

Last week I texted my son and told him that I wanted his stuff out of our garage, just bags of clothes.  When he went to jail last November Gracie called us and asked us to pick up all his stuff.  She was traumatized by my son and then the police.  My son was hallucinating and telling her they had to kill someone again.  The police were called by a neighbor and they broke down the door, handcuffed both of them and then carted my son away.

When he got out of jail in January I asked him to come get his stuff.  Two and half months later, it was still here.  He stopped by once to get a few things but refused to take all of it.  So last week I told him I wanted it out of our garage before the weekend was over.  He couldn't do that.  He had plans.  Next weekend he said.  I told him no, it was happening this weekend.

It went back and forth.  He finally agreed to let us deliver his stuff to him, you're very welcome.  We drove to the other side of the city and woke up a very tired looking Polish lady who had no idea who my son was.  He gave us the wrong address, on purpose or by accident I don't know because I asked him three times for the address and got two different answers.  I tried to contact him, no answer.  Yada yada.  We gave up and drove home.  Later that day we donated his stuff to Goodwill and I haven't heard back from him.

I'm starting to accept that my son must be mentally ill.  This goes beyond addiction and regular fuck ups.  His life is a train wreck and it breaks my heart but I will no let him drag me down with him, or his son.

At work we had accreditation this past week which was intense.  It's over and the system that the big guy developed to deal with the equipment in DI was a huge hit.  There's talk of selling the system and I'm so proud of him.  He's been working on it for the past seven and a half years and it finally got the recognition it deserves.

Spring has finally arrived and I have some tomato and sunflower plants sprouting in the kitchen window.  I've already been to the greenhouse twice so far and can hardly wait until I can plant outside.  The geese have arrived and their honks fill the air.  It's a sound I love.  In a few more weeks it will be the sound of the sandhill cranes flying overhead.  I can hardly wait.