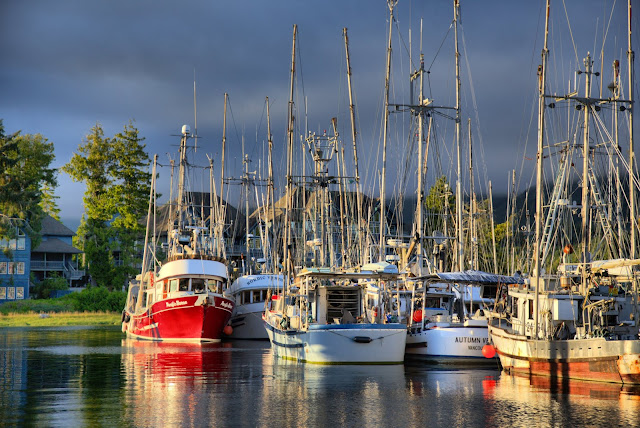 When the big guy and I came back from holidays on Wednesday, the cat had stopped eating.  Not only had she stopped eating but she had vomited throughout the whole house, always a lovely way to come home.  Poor thing, we took her to the vet who did bloodwork and an x-ray but couldn't find anything wrong with her.  He gave us medicine to stimulate her appetite which only made her vomit more.  I tried mixing some food with water and gave it to her by syringe which was only partially successful;  this involved wrapping the cat in a towel and the big guy holding her tightly while I grabbed her head and opened her mouth while I injected the contents of the syringe into her mouth and then held her mouth shut.  I ended up with a fair number of puncture wounds on my fingers and the big guy was covered in scratches but the cat kept the little bit of food down.

Yesterday I came up with the idea of tuna shakes.  I took a can of tuna, added water and liquified it.  Totally disgusting but the cat liked it.  She slowly started to take a little by herself so I offered her the shake throughout the day.  She especially liked it warmed up.  Made me gag.

This morning she said hello like her old self and even ate a little of her food.  She seems to be on the mend.

Tonight my son and his new girlfriend are coming over for supper.  I haven't seen my son since January when we told him he had to leave.  He's sober now even went to AA once that he told me of.  I am wary but hopeful.  We'll see.
at July 01, 2018