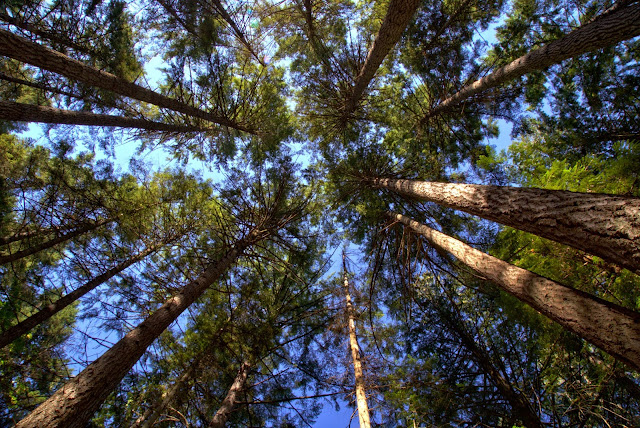 I've had the week from hell.  Family problems which I prefer not to write about here right now.  But I righted my own boat which I'm proud of.

I saw the doctor on Thursday for a variety of strange symptoms.  Her diagnosis, stress.  I told her about my son and she said that he's a grown man, I need to let go.  And of course she's right.  So on the way back to work I stopped at a book store and a book jumped off the shelf at me.  "Maybe It's You" by Lauren Zander.  It's basically cognitive behavior therapy which has helped me in the past.  So I bought the book and I'm doing the work.  And I'm hopeful.  Even in the face of overwhelming grief, I'm hopeful.  That's something.

My son gets out of jail in two weeks, the same day I land in England.  He will be staying with the big guy for a week while I visit my sick aunt.  We talk on the phone quite a bit these days.  He's still using talking to obfuscate but I call him on it now.  I told him that he can stay with us for a few months but he needs to stop the lying and the drinking.  When I asked him why he drank he said because he was bored.  I called bullshit on that.  I told him that he drinks to avoid dealing with things, and he said yeah.  He's not really keen on looking at himself in the mirror to see how he is making his life worse.  It's so much easier to look outwards and blame others.  But all the shit in his life, he has been there for all of it.  He is responsible for it, not "others".

I left my son's father when my son was ten months old.  I was his father for four years.  He was a chronic liar and an alcoholic, although at the time I didn't realize he was an alcoholic.  We were young.  We all drank too much.  I was angry a lot of the time and blamed him for all of my problems until I realized that if I wanted to make my life better, I could.  I left because I didn't want my son being lied to his whole life.  I thought I could protect my son from his father and his lies.  What I didn't count on was genetics.

I need to confront my son's lies instead of avoiding them.  It's not okay to lie to me.  I don't care if he fucks up, we all fuck up.  That's part of life.  Come clean about it.  Apologize.  Do things differently next time.  Move forward.