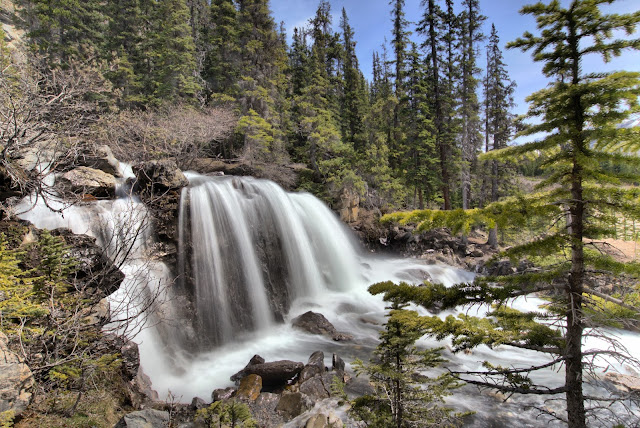 So last weekend wasn't exactly what I thought it would be.  My daughter was drunk, hung over or sleeping much of the time.  She wanted to escape and I wanted to show her someplace I love.  Blah, blah, blah, as she would say.  Poor me.

And then I went back to work.  My work always puts my problems in perspective and helps me drag my head out of my ass.  Yesterday  one of our docs came in as a patient.  He said it was very strange being on the other end of care and that he feared he had left it too late.  Cancer is a nasty bugger.  My department has 71 people working in it.  According to the stats, 28 of us will develop cancer and 18 of us will die of cancer.

It doesn't discriminate.  I had a patient yesterday who had cancer when she was four;  she's in her thirties now and it's back.  I've had patients as old as 92 and as young as 6.  We don't usually get children, they go to the University but children with brain tumors come to us for radiation.  It's not unusual to have patients the same age as my children.

We have one young lady, I can't remember her age, but probably in her late twenties, she was diagnosed the day before her baby was born.  Her baby girl is seven weeks old now.  How this young woman doesn't cry every single day that she comes to us amazes me.  Yesterday I had an older woman, 75 who needed a central line.  We lay her down on the x-ray table and she started to cry.  I told her to go ahead and cry.  She was terrified of the line, didn't know what to expect and was shocked at how quick and easy it was.  She smiled when we were done.

Another man yesterday that we put a port in was one of the nicest people I've ever met.  He was so gentle and wise.  He told us how much he loved his daughters and his granddaughter.  He shared his life view with us which was basically be kind to everyone, you don't know what they're going through.

I get tired of bullshit at work but I never tire of my wonderful patients, even the tough ones.  Not all patients are so sanguine.  I've only had one horrendously angry patient.  His anger emanated from him in waves.  It wasn't the cancer though, I imagine he has been angry his whole life.  It was hard to stay with him though.  Brought back a lot of memories of my dad and I felt scared and defenseless again.  But that is rare.

Mostly I just listen.  Sometimes I give hugs.  Often I give Kleenex.  And sometimes I cry as well.  As I tell my patients I am a weeper and that's okay.

My life is pretty good on the whole.  I doesn't always turn out the way I think it will, rarely in fact, but I'm learning to be okay with that too.
at May 30, 2015