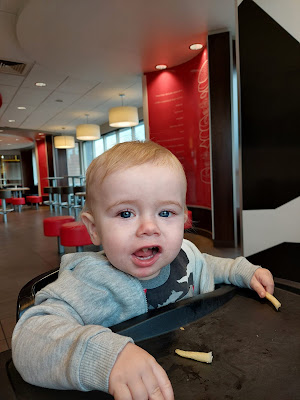 We saw our other grandson, Charlie, last Thursday.  We took him out for a couple of hours, the first time we'd ever been alone with him.  He's a sweet little guy.  You can tell he hasn't gotten a lot of attention in his short life.  I imagine the big guy will rectify that.  He's a wizard with children. 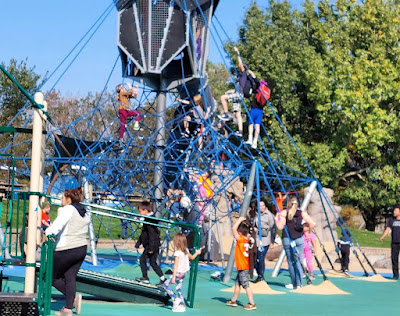 Jack must have picked up a bug at the celebrations or at the park because he started vomiting at 4am Saturday morning and he kept on vomiting all day.  It's heartbreaking watching a little one sick.  They don't understand nausea and vomiting or what you have to do to deal with it.  I did manage to get some gravol into him a few times but it didn't seem to have much affect.  We just sat with him for most of the day and did a lot of laundry. 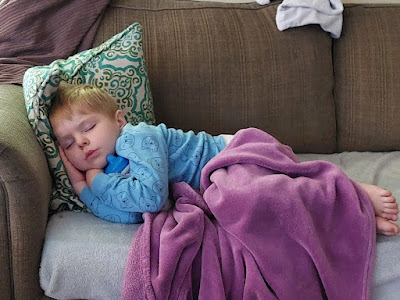 He finally fell asleep about 5pm, exhausted.  He woke up briefly, vomited again and then was able to sleep through the night and felt better on Sunday.  We took him over to his other grandma's on Sunday afternoon and left him there.  Apparently, he vomited one more time on Sunday night but is on the mend now.

Monday morning I woke up with nausea and diarrhea.  I felt like absolute shit all day yesterday and even ended up laying on the floor at one point.  I hate being sick.  I know I just have to wait it out but when my whole body aches and any movement makes me nauseous, I hate it.  I never did end up vomiting, thankfully, just a whole lot of diarrhea and terrible hearburn.  I often wonder how people managed being sick a thousand years ago, without medicine and without an understanding of what caused the illness.

This morning I was able to eat breakfast and went back to bed and slept until 11am.  I feel like a human again, hurray.

I make a terrible patient.