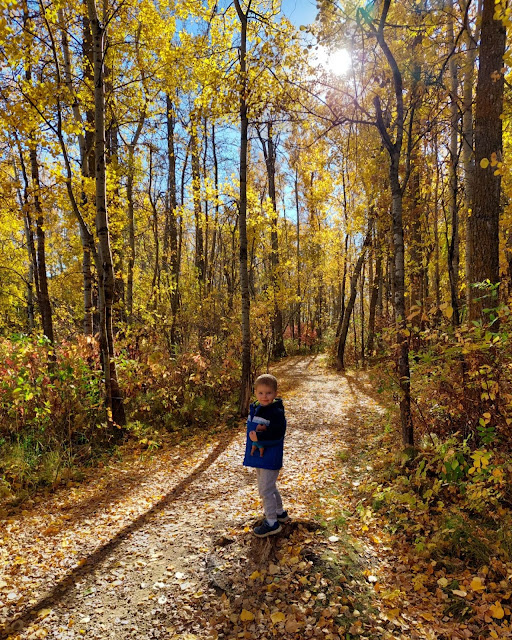 It's been a tough week and I'm exhausted.  Jack is back with us fulltime and his mom is in hospital, having a psych evaluation, we hope.  It's also the anniversary of the suicide of his other grandfather so that side of his family is dealing with that and Gracie's meltdown.
Last night Jack asked the big guy if he could be his dad.  Jack talks about his dad a lot and his dad's house and keeps telling random boys that they're his brother.  Jack doesn't have contact with his dad but he does have a very active imagination.  I don't know what to do really.  Contact with his dad will hurt him more because my son is a sociopath but will he resent us in the future for not letting him know his dad.  And who knows what will happen in the future.
Jack also had a huge meltdown this morning while getting ready for daycare.  There was a lot of screaming and crying while I got him dressed but by the time I got him in his carseat, he had settled down and said, "I better now."  Apparently he was worried he was going someplace new, fortunately, his old daycare was able to take him back so all is familiar and his best friend was there this morning.
I wondered this morning as I was dressing a screaming, crying child, how much of it was due to Gracie and how much of it was due to being a normal three year old.  Jack is difficult and he has learned if he's difficult enough, people will back off and let him do as he pleases, not his Nana though.  It's so hard for me to stay patient, but I do, or I walk away and take a breath.  It breaks my heart though as he tries to exert some control over his life and the grownups do as they please, or so it must seem to him.
I'm angry at Gracie again.  And my son.  They had no business bringing a child into this world.  A part of me resents having to start parenting again at this age but I would not let a child go unloved or uncared for.  It's not Jack's fault that he was brought into this world, or that his parents are completely unable to care for him.
Weekends are the hardest because we have Jack and Katie on Sundays, both require huge amounts of energy and attention.  Lately Katie has been having a hard time too;  she's starting to hurt herself again and has had an open cut on her forehead for weeks now because she keeps banging her head on the corner of the wall.  I noticed yesterday that she has a sore on her wrist too and that comes from banging her hand against her teeth.  Of course she can't tell me what's bothering her but something is.  All behavior is communication I've learned.
It's early days.  Jack will settle into a routine again, as will we.  Katie will get sorted; she has a psychiatrist appointment tomorrow so I'll bring up her behavioral changes.
On the plus side, I'm having lunch with a friend this week and I ran into another friend I used to work with, from Victoria, yesterday at Southgate Mall.  We hadn't seen each other in a year and ran into each other in the bathroom.  Small world indeed. 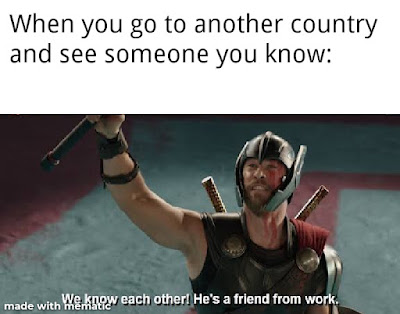