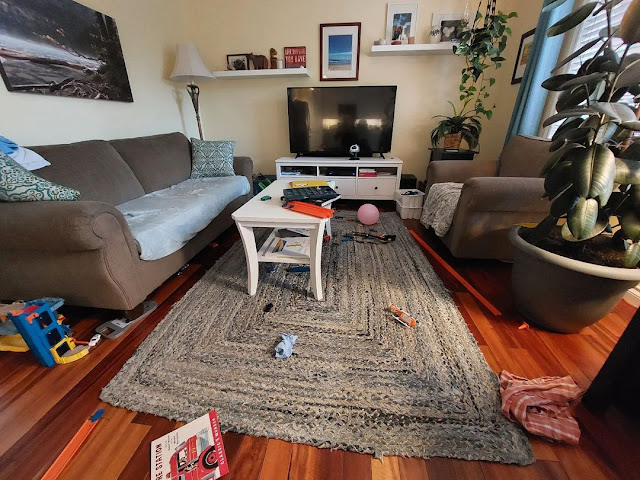 My daughter arrived last Thursday and we had such a lovely visit.  We talked, we cooked and we just hung out.  We talked about wills, money, mortgages, college funds (she's set up one for each of her nephews), declining health, guardianship of Miss Katie, babies, marriage, divorces, pretty much everything.  She even shared with me her ongoing health problems that go along with her diagnosis.  On Saturday afternoon we visited my daughter in law and she got to meet her nephew Charlie for the first time.  It was an interesting visit.  My daughter in law, not Gracie, has mental health issues right now too.  Charlies is supposed to come over for a visit on Thursday or Friday, we'll see.

My daughter also helped me with the cooking we did for my birthday party on Saturday night, which was lovely.  One of my friends from work is vegan and I had to laugh because the two vegan appetizers were the hit of the party.  Everybody was gone by 9pm which is perfect.  It was so nice to visit with friends and people I love, and I got to feed people which I enjoy.

Jack's aunt dropped him off on the way back from BC, on Saturday after the party, but they didn't get here until 11:30pm.  He was up early the next morning and all of us were just beat yesterday but he got to visit with my daughter, his auntie.  I took my daughter to the airport yesterday afternoon and she flew home.  Jack, hubby and I were all in bed and sound asleep by 8:30pm.

I read somewhere in the past couple of weeks about using a chart with stickers for peeing in the potty and thought I would give it a try.  Jack loves it and wants to sit on the potty now, without crying or screaming.  He's three and a half and still wears diapers but he's becoming concerned about it, asking if big kids wear diapers.  Hopefully the stickers will get him over the hump because Gracies doesn't have it in her to toilet train a child.

When we were told that Gracie and Jack had gone to BC at the beginning of September, we were told it was for two weeks, and then it was for longer, but we're not sure how long.  They brought him home after three weeks.  When I dropped Jack off at daycare this morning, the woman looked surprised to see Jack because they had been told he would be gone for a month.  And they wonder why we don't trust them.

My foot still hurts and burns.  I won't be able to go back to work in a week and I think I will have to go on disability until this heals up.  I emailed my abilities manager but there seems to be some disconnect there.  My manager needs to find staff now to cover my absence, not in a week, so I'll contact my manager myself and let her know.  My manager is not allowed to contact me because of the rules around "abilities" involvement, meant to protect employees, I understand, but my manager also has a department to run and needs to know what is happening.

I'm still on house arrest.  This photo was taken a year ago, but same time of year.  I miss walking in the woods. 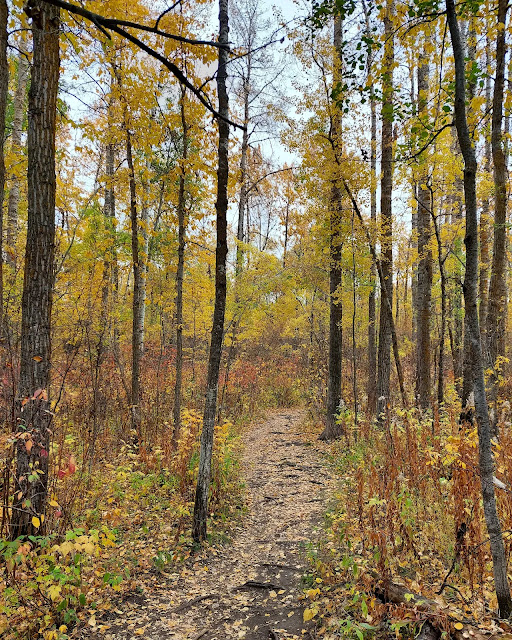 A young peregrine falcon just landed on my deckchair while I'm typing.  Wow!  What a gift this morning.