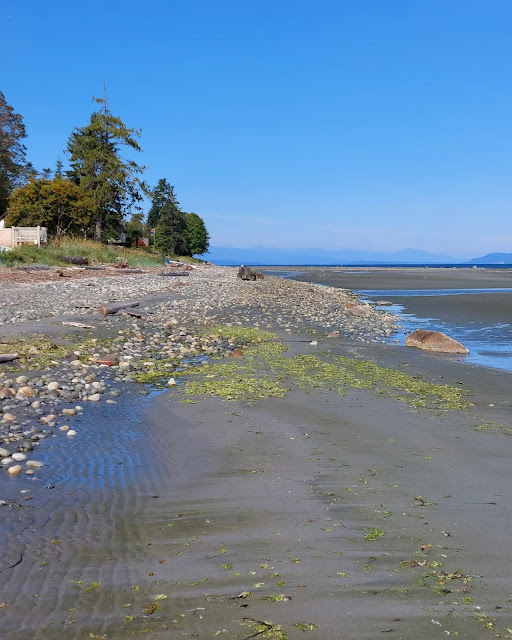 We made it home last night, unpacked, put stuff away and then went to bed.  I had forgotten to take my anti-depressant yesterday because we left Coquitlam so early, 5:30am.  I just remembered after we got got home at 10pm and then thought, I'll just wait until the morning to take it.

What I didn't know at the time, but know now, is that withdrawal symptoms from effexfor can occur in as little as 12 hours.  I couldn't sleep, closed my eyes and had extremely vivid waking dreams, so much so that I couldn't fall asleep.  I finally gave in and took a benadryl and fell asleep around 3am.  When I did sleep my dreams were so vivid and long.  The dreams included somebody famous, can't remember who, my girlfriend in Australia and her husband, murder, Holland, firewords and cleaning kitchens.  I woke up dizzy and nauseated.

I took my pill this morning and won't miss another one.

We went and got Jack this morning and spent the day with him which was lovely.  I missed him so much.  He wanted to know where we had been.  I told him we had a holiday.  "What a holiday?"  "Where you go on holiday?"

We had a lovely visit with my brother and sister in law, my sister and brother in law, and my daughter and her partner.  We didn't do anything exciting; I didn't take many photos and it was a lovely holiday, one of our best.  I was impressed with Parksville and want to go back, with Jack this time.  He would love the endless beaches.

When we were in Vancouver we took Heidi and my daughter's dog to Kitsilano beach.  The dogs ran, swam and generally had a great time.  We had lunch at a food truck, fish and chips, and then bought fresh donuts at Lee's Donuts on Granville Island.  On the way home we stopped and gave both dogs a bath.  It was one of the best days I've spent with my daughter.

There's was lots more but it's bedtime soon.  And I need to catch up on blogs.