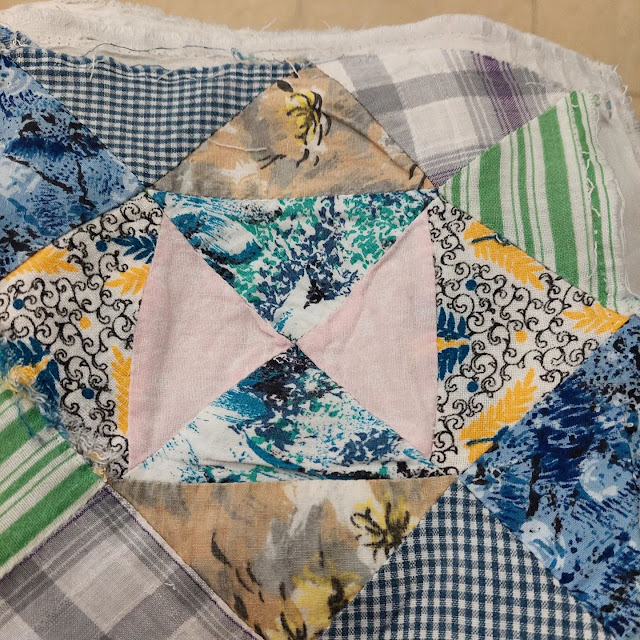 I was in a thrift store last week and came across a quilt that had been made by cutting up someone's old quilt and then sewing together a new quilt.  This is one of the blocks, but there were also six blocks that were embroidered and obviously from a child's quilt.  Somebody tried but did an awful job.  Then somebody else had tried patching the torn bits of quilt.  It was a mess.

So for fifteen bucks I bought an old quilt that contained handmade pieces, because I didn't want to see all that work just disappear.  Somebody make it with love.  I took it home and started pulling it apart and the more I pulled it apart, the more I realized how much of a mess it was.

Some pieces were beyond repair, so I had to replace them. 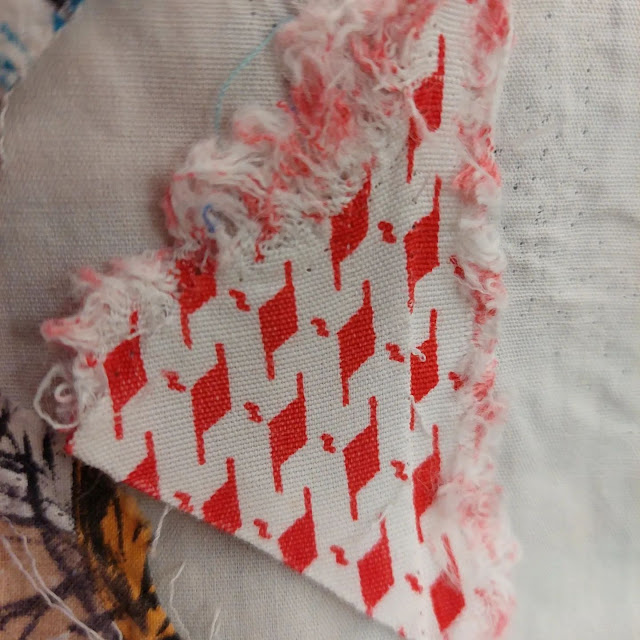 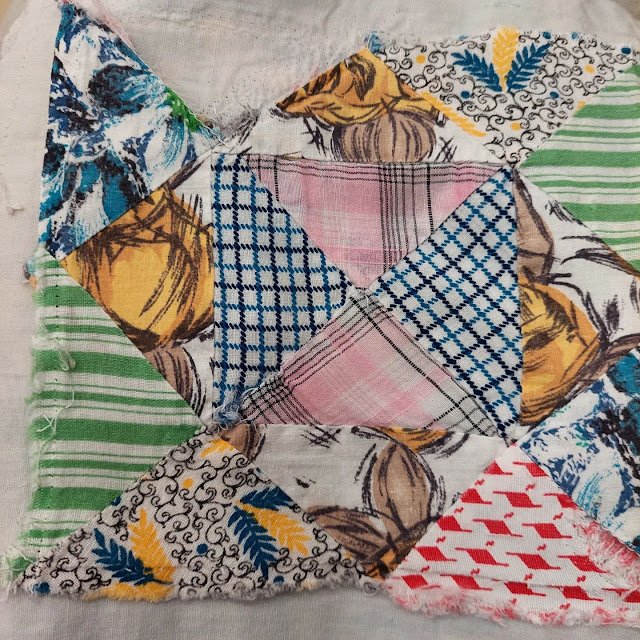 It's kept me busy this week, this pulling apart, this unravelling.  I've enjoyed it.  Teasing apart the old stitches and then trying to put it back together.  I found some nice old fashioned fabric to outline the embroidered pieces.  These pieces remind me of my mum.  In the early seventies she spent almost a year in a cast and couldn't do much, so she embroidered, everything. 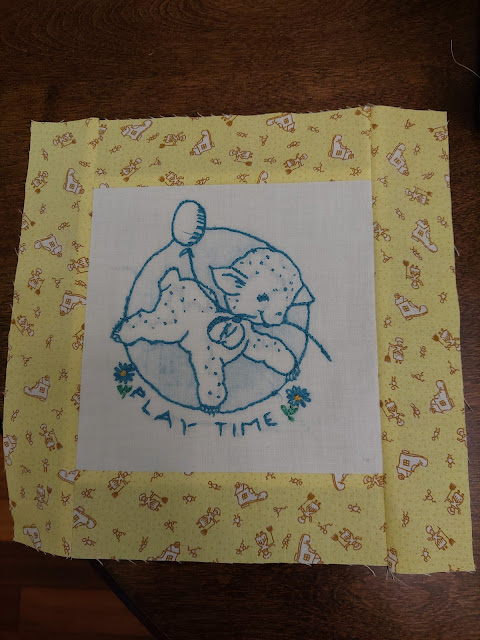 I wish I had taken a photo of the quilt before I took it apart but it was in bad shape and the restoration makes me feel good.  I'm not sure what I'll do with it when it's done but it doesn't matter right now.  At some time in the future, there will be a baby who needs a quilt.

It's slow work and lets me sit lots.  My foot is killing me now that I'm back to full days.  I can't get into see the podiatrist until September, so I'm using my cane at work, because that inspires confidence in your nurse:)

I'm off tomorrow so I'll have time to work on the new/old quilt.