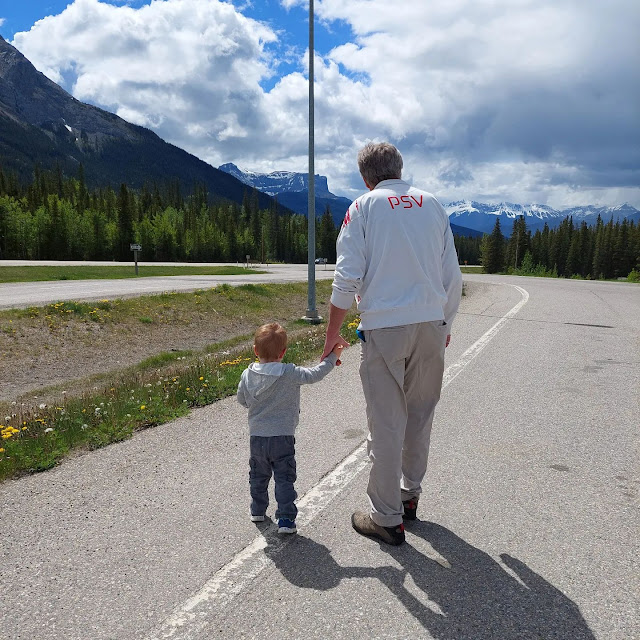 We all survived our trip to the mountains.  Jack had a good time but I think he was very happy to come home too. 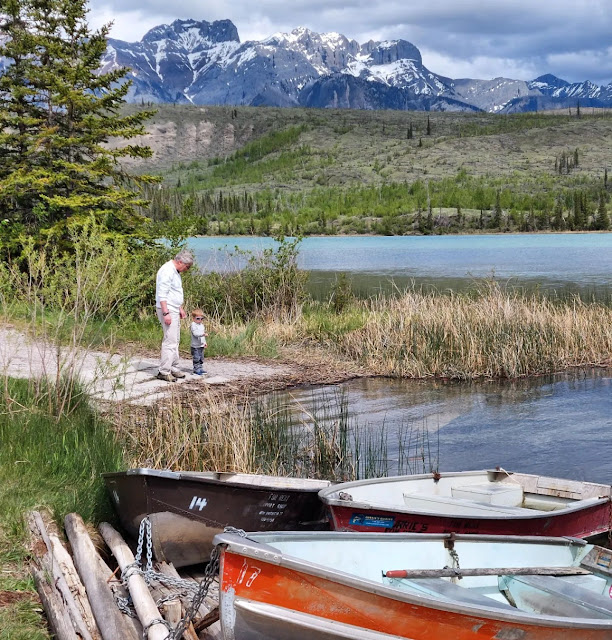 Actually, I know he was happy to come home.  Every day he said, "We go home now".  He loved the mountains but he loves his own bed even better.  Me too.

This photo was taken on the Icefield Parkway, one of the most beautiful highways in the world.  Not sure of the names of these peaks but they're just south of the Columbia Icefield. 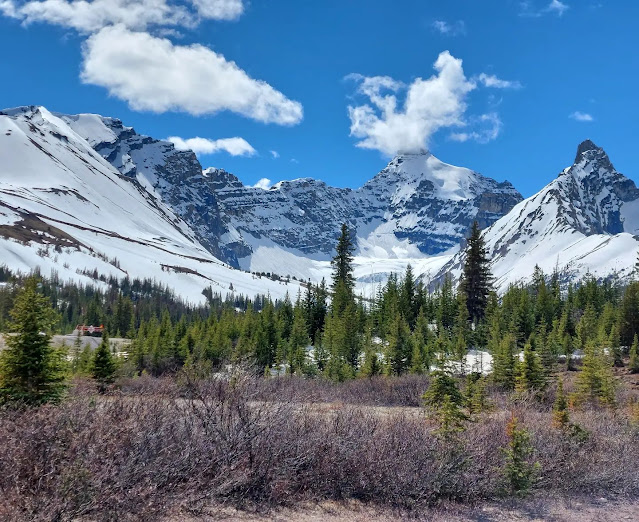 Jack enjoyed the snow at the Columbia Icefield.  He's standing on top of a picnic table.

We took him by sky tram up Whistlers Mountain.  There's still a lot of snow up there. 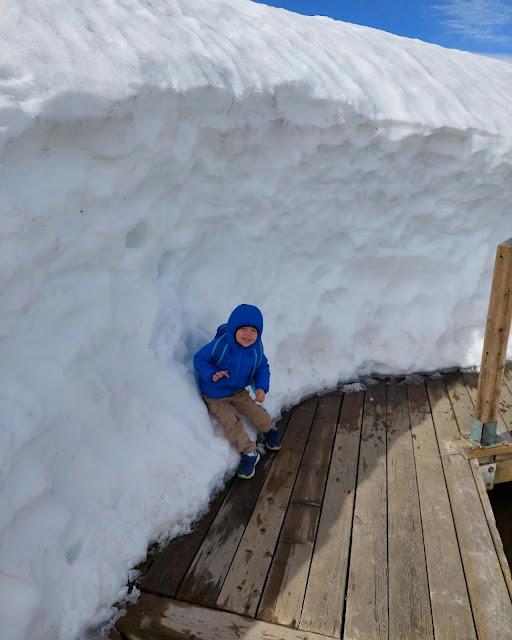 He also decided he needed to start taking photos at the tender age of three.  He actually took some good photos.  I was impressed.

On the way home we stopped at the sand dunes beside the Athabasca River to wade in the water.  The water is always warmer there and he had a great time.  He peed in the water which was the most exciting part I think. 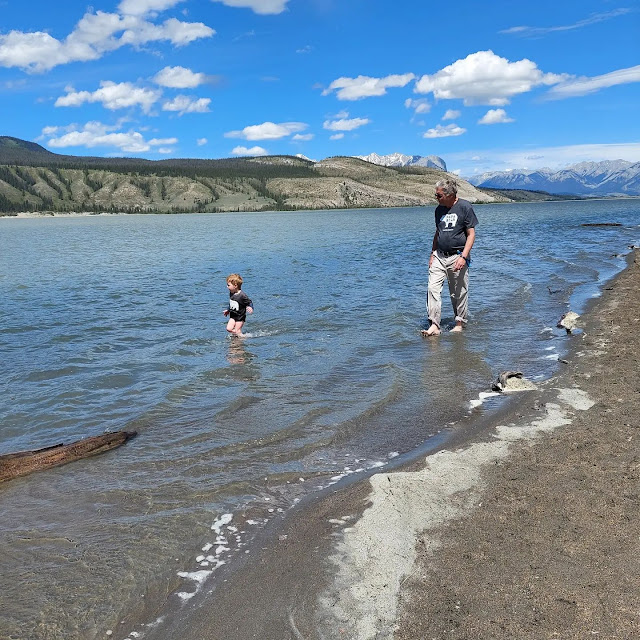 My daughter and her boyfriend stayed with us, as well as Reggie, they're beautiful pup.  There are no photos of my daughter, at her request. 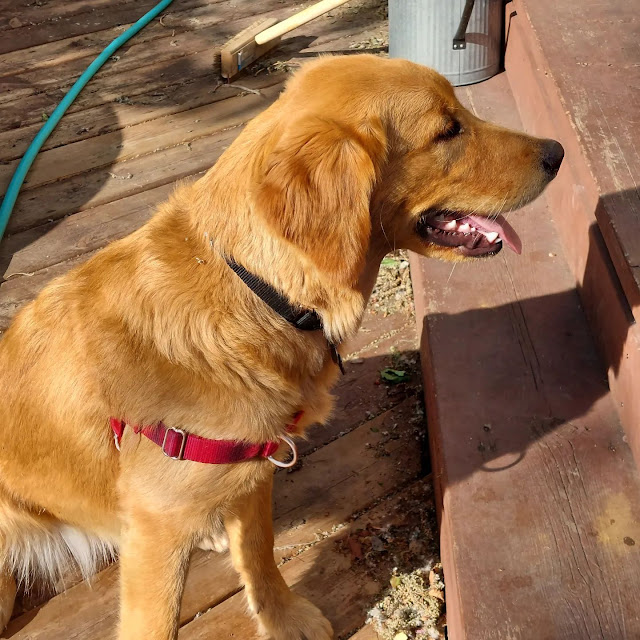 Everybody is gone now and all that lingers is the covid exposure.  We'll be testing for the next few days.
at June 12, 2022