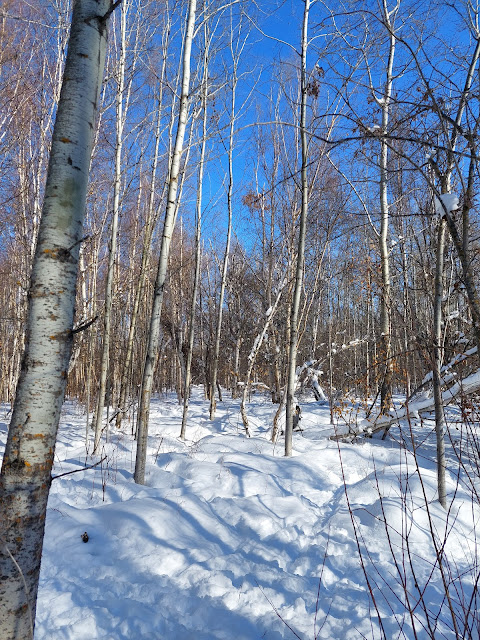 It's still winter here but the sun is higher in the sky and warmer days are coming.  I need to plant my tomato seeds and now that I've written that, perhaps I will.  I was supposed to be painting at the rental today on my day off, but the new renter is sick with what sounds like covid, so a hard pass.  I want to get the rental fixed up, painted, new floors (because Gracie flooded the place and ruined the floors) and get the damn house sold.  It will pay off our mortgage and that will be a big savings every month.
My son was released on Tuesday from jail and has found god, again.  He's staying with the Salvation Army and good on him if sobriety and god take this time.  I'm not holding my breath though.
Poor Jack was sick last weekend after he left us and went to see his grandma and Gracie.  Jack vomited all night on Saturday night and for much of Sunday.  Then on Tuesday, Gracie and her brother started vomiting and on Wednesday morning, grandma started vomiting.  I feel mean but I thought it was funny, especially Gracie getting sick.  We were all sick here over Christmas with no help from anyone.
I asked Gracie once again to empty the rental house of all the garbage in the garage and she told me, "I didn't sign a lease.  This is a you problem."  I guess she doesn't understand that her son would have been in foster care for the past six months if it wasn't for her mom and us, or that she lived in a three bedroom house for $500/month for three years.  Apparently rehab didn't improve her personality or give her a sense of responibility.  We're still waiting to hear back from the insurance company to see how much of the damage they'll cover.  No good deed goes unpunished. 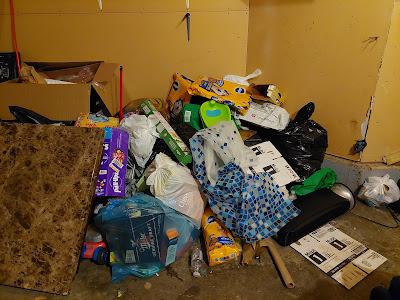 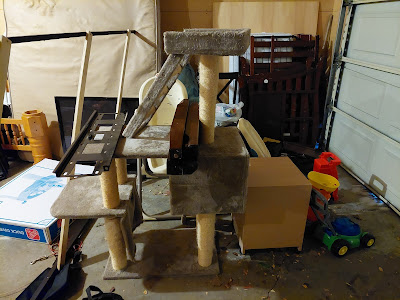 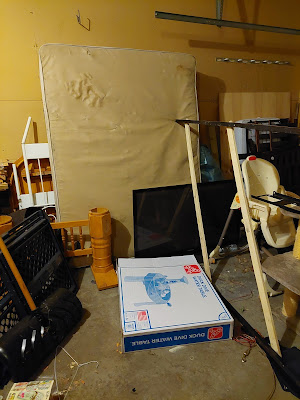 In local news, there is a moose stuck in our neighborhood.  The poor moose has patchy fur which means it has either mange or a tick infestation.  It's skinny too because apparently when they have mites or ticks, they're so itchy they spend more time grooming than eating.  The poor thing is safer here than out in the fields with the coyotes but I worry about a stupid driver hitting it. 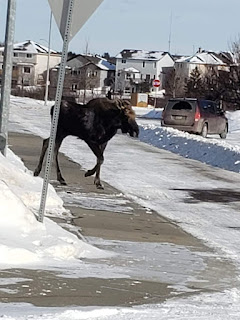 Jack is back home with us and Heidi, both of whom are happy to snuggle. 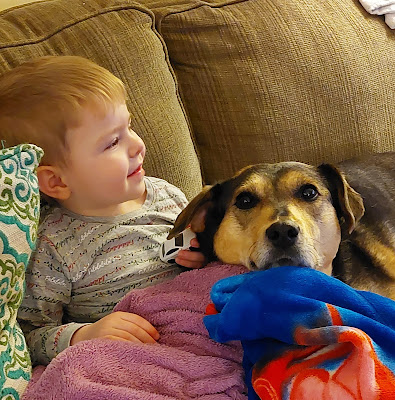 I had a patient two days ago who is dying but wants to survive long enough to see his daughter recover from her leukemia.  Now when he says goodbye, he also says, "I love you."  He was embarrassed because he said it to the homecare nurse on the phone and I told him that he'd probably made her day.  When he said goodbye to me, he told me he loved me.  He made my day.
at March 10, 2022