Lucy is getting old quickly.  She had a hard life before she came to us and now she has congestive heart failure (CHF).  I've taken care of many humans with CHF but never a dog.  She coughs a lot and she sleeps more than she used to.  She still enjoys her walks but sometimes she doesn't want to eat.  I guess we'll just wait and see what happens.  She is on medication for it but that doesn't fix anything, just makes it bearable. 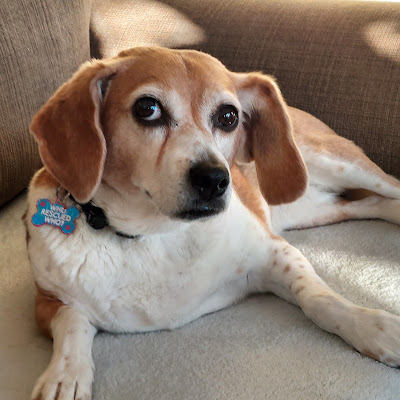 I'm off for  most of this week, only have to work tomorrow and that's it, still burning holidays which is fine with me.  It gives my feet a rest.
I'm going to go visit my friend this afternoon, the one whose husband died suddenly at the end of January.  She has cancer so doesn't go out much and we haven't seen each other in quite awhile.  We talk on the phone but it's not the same.  I want to hug her.  I made some cinnamon buns to take to her;  she's not a baker or a cook.
I don't really feel like doing much today.  Russia seems to be on the brink of invading Ukraine, because why?  Some guy?  Why is one guy allowed to make decisions that affect so many people?  It's not so different in Alberta.  There's a guy here who apparently doesn't like science much and is hell bent on catering to the 10% of the population that like him.  He changes his mind more often that I change my underwear, whatever is politically expedient.  He doesn't respond to letters.  He does as he pleases it seems, although, I'm sure he would argue that and say that there is so much more right wing bullshit that he would like to implement but can't because he wants normal people to vote for him as well.
I'm in a mood obviously:) 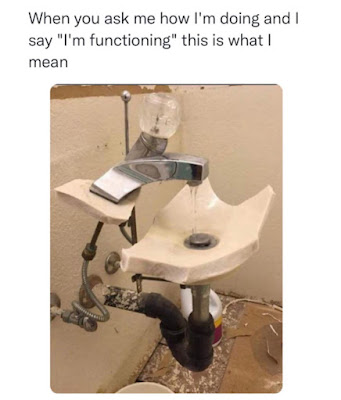