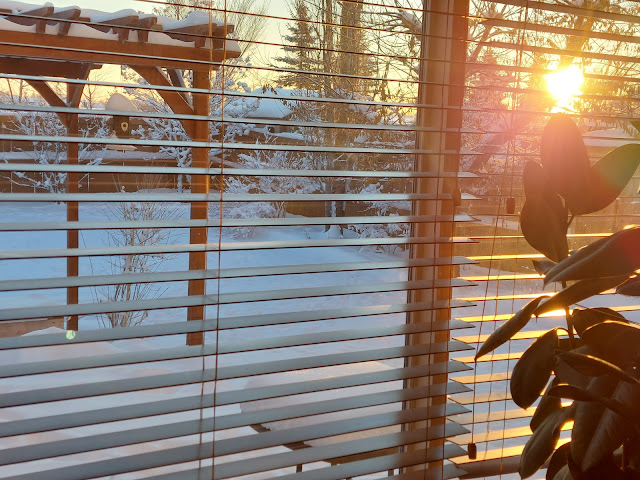 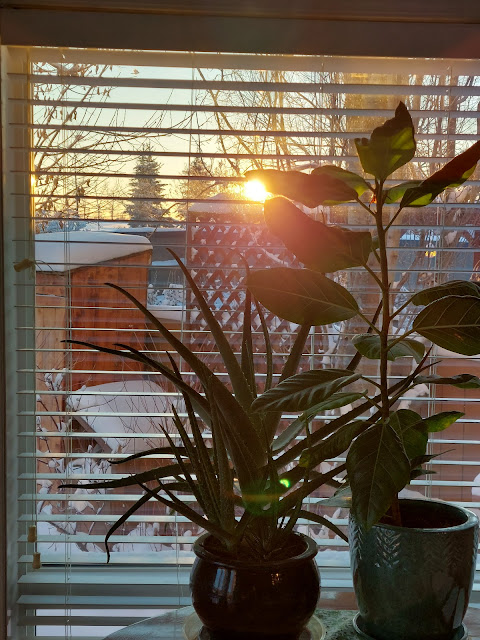 This was the sun through the kitchen and family room windows yesterday morning at 9:30.  The poor sun is having a hard time making it above the horizon.  Three more days until the solstice and the days start getting longer.  We've had a lot of snow this week too and of course it's bloody cold.  It got down to -29C two nights ago.  I hate the cold and the dogs aren't keen on it either.  Even Heidi, our bigger dog was having a hard time with cold feet.
I had a long conversation today with Jack's social worker.  She was surprised that Gracie didn't show up for the court hearing and was also surprised to hear that Gracie's family is leaving the country for a month.  I told her the whole thing felt like a big fuck you to us, to Jack and even to Gracie.  There's not anything she can do though and we will have to wait again until Jan. 25th.
I got a text message from Lori, Gracie's mom, this morning.  She left me numbers of people who could take care of Jack over the holidays, people I don't know and people Jack doesn't really know either.  It reminded me of my employer, as long as someone has a pulse, they can do the job.  Except no, they can't.
Jack has lost his grandfather, now his mother is gone and today his grandmother, aunt and uncle are all also leaving.  He's lost a lot in the past two months and he doesn't know why.  Kids usually assume it's something they've done.  What he needs right now, more than ever, is stability and predictability.  He's going to have a good Christmas despite everything and strangers are not going to be taking care of him.
I don't think Gracie or her family understand how much their actions affect others, especially Jack.  Often times I am the same way, oblivious to the effect I have on others.  But I do try to be mindful and I do feel a huge responsibility to this small human who has been placed in my care.
Merry Christmas, sincerely.
at December 18, 2021