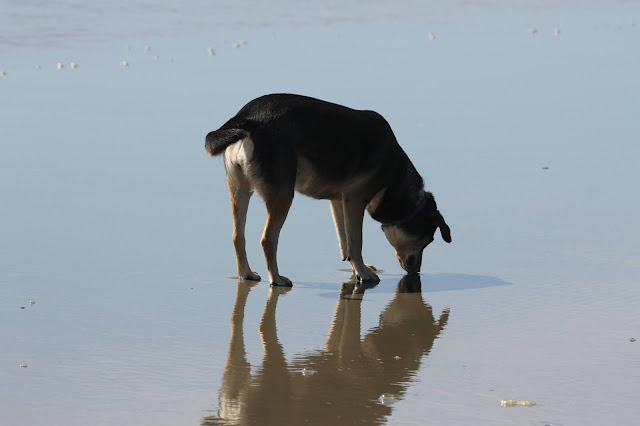 Heidi on her first trip to the ocean.
Halloween was last night and we took Jack trick or treating.  He was blown away by the concept of going door to door and people just giving him candy.  People were surprised and pleased by his thank yous.  I was surprised at how well he did as he didn't have a nap yesterday.
We visited aunt Katie in the morning, had lunch out at the mall and then came home, hoping he would sleep but that didn't happen.  I tried laying down with him in the hopes that he would fall asleep but that didn't happen.  Then he got very grumpy, like a grumpy grizzly bear I told him.  A couple of our friends dropped by for a quick visit.  Jack had diarrhea a couple of times which involved a quick bath mid visit while our friends were over and then felt much better.  In fact he felt so good he climbed all over our friend, also named Jack, and had a great time.
It's cold now but still no snow which is lovely.  The sun is shining and some trees still have a few gold colored leaves hanging on.  This afternoon we have a meeting with the social worker, Gracie and her mom and us about Jack and what's going to happen in the future.  The social worker thinks Jack needs to live with us for an extended period of time until Gracie can get it together, stay sober and take some parenting courses.  She supports our application for guardianship which I've now filled out and just need to get the application to the court.
We found out in our meeting with the social worker on Friday, that half a dozen people called the police about Gracie assaulting Jack and that they have it on CCTV as well.  I'm so thankful so many people stepped up to intervene on his behalf.  There are still good people in the world.  That court case still has to proceed and I have no idea what will happen.  Gracie seems to still be in denial about what happened but it's hard to argue with video tape.
Jack is doing well.  His language skills are exploding and this morning he said good morning to his teacher Punita.  She smiled and said to me, "OMG he called me Punita!"  He is a charmer.
I start back to work tomorrow which I am a little nervous about, trying to fit everything into the day but I'll play it by ear.  As I sit here typing I can see the chickadees in the pear tree, pecking away at the few pears that stayed on the tree.  A movement out of the kitchen window caught my eye and a gust of wind just brought down a bunch of leaves off the poplar.  It's the natural world that keeps me grounded and I need to remember that. 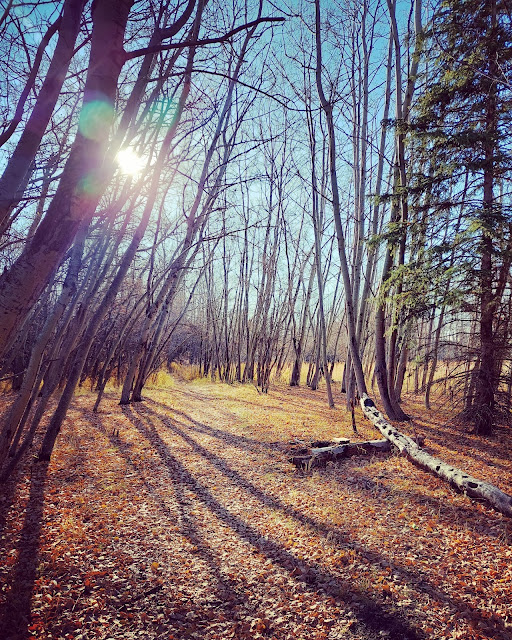