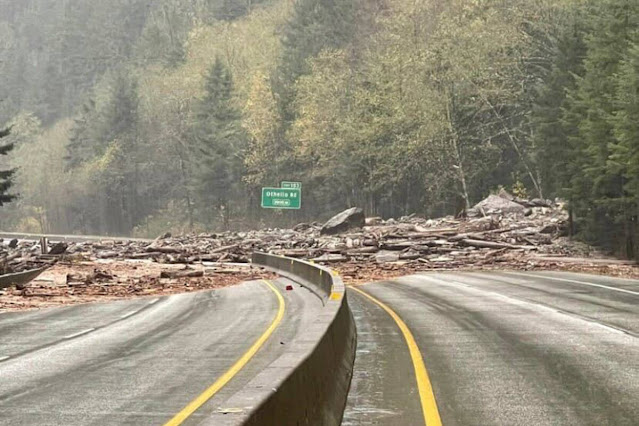 BC has been hit by an atmospheric river which destroyed or closed all of the highways in and out of Vancouver.  These are roads we have driven on many times.  The Coquihalla is the highway we always take when driving to the coast;  pieces of it are missing, not covered with mud, missing.  That highway took eight years to build and traces through the Cascade Mountains.  At it's summit, it is 1,444 m above sea level and can be a treacherous drive.  I've driven it in July and it was snowing at the summit.  We drove through an awful snowstorm there in early May one year.  Most importantly, it's a major trucking route and a huge part of the supply chain in Western Canada.  The town of Merritt, a major hub on the Coquihalla, is completely underwater and most of the population have been evacuated. 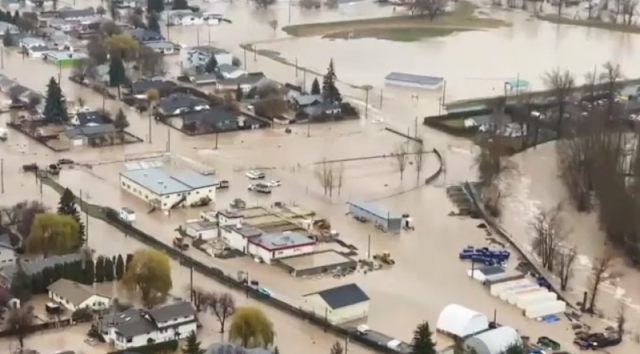 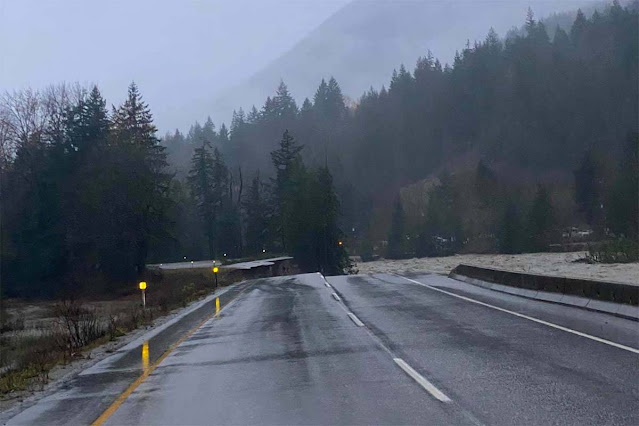 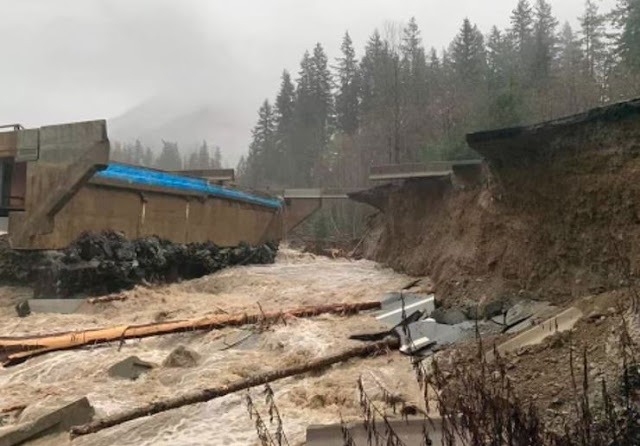 This is the Trans Canada Highway in Abbotsford.  Again a highway we drive regularly.  The highway sits in the valley and is completly covered by water.  This is the main highway in and out of Vancouver from the East.  All the goods that travel by truck from Vancouver to Alberta and from Alberta to Vancouver use this route.  Life just got harder for everyone in the West. 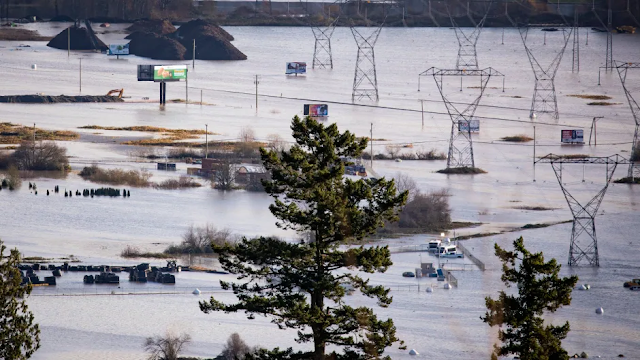 I've been listening to the radio this morning and it's overwhelming.  I want to smack climate change deniers on the head and yell, "Snap out of it!"
All images have been taken from the internet.
at November 17, 2021