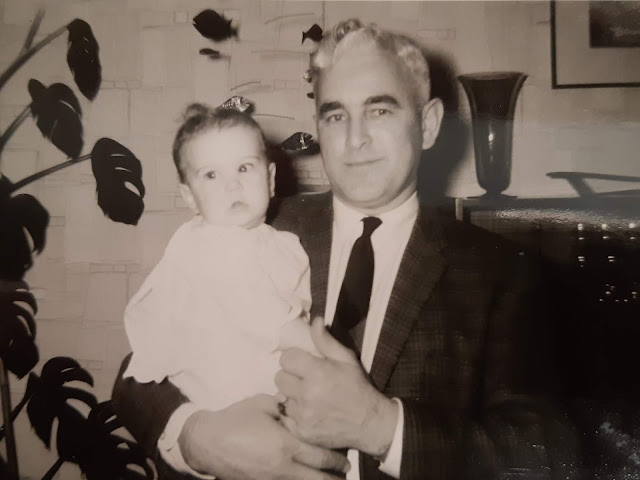 My dad was in his forties when I was born.   There is a sixteen year gap between me and my sisters because mum lost five babies in that time, due to stillbirths or miscarriages.  A counsellor pointed out to me that my birth was probably a very happy time for my parents, after so many losses. It never felt like that but it put a new spin on things, something I hadn't previously considered.  I have photos of my dad holding me, napping with me but I have no memory of any tenderness from him. 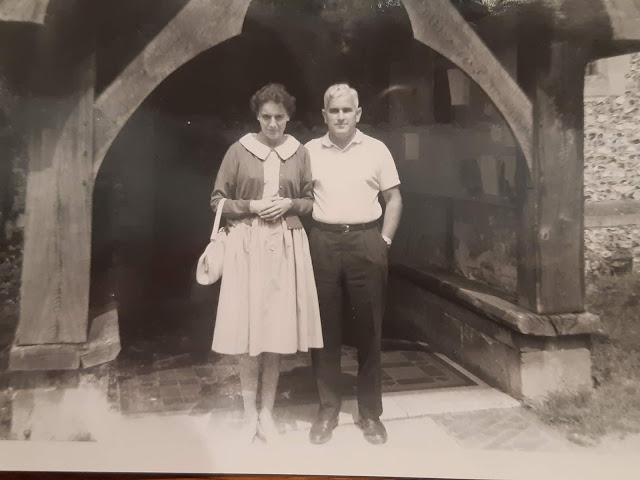 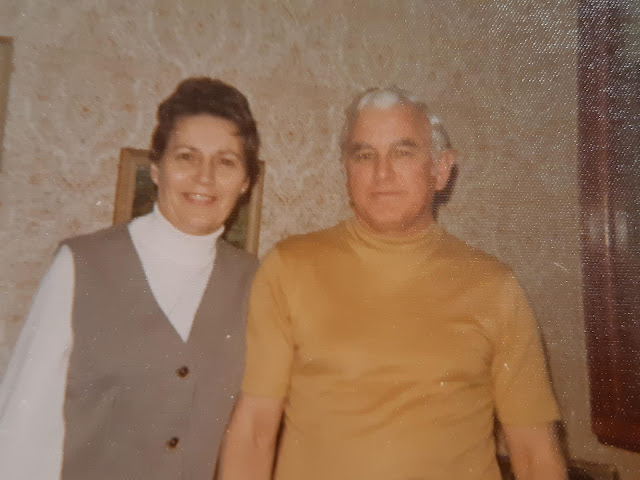 My dad died twenty years ago next month.  I never really knew him and after he died my mum told me that I was his favorite which is not something I ever felt.  My dad was born in 1920, one hundred years ago.  He grew up in extreme poverty with an alcoholic mother.  In 1939 he joined the Canadian military to fight the Germans and I'm guessing, to get the hell out of the small town he grew up in.   He met mum in southern England where he was stationed during the buildup of men and equipment, before the invasion of Europe by the Allies.

A couple of years ago, my aunt told me that dad's best friend was killed beside him during the war.  I also know that my dad was terrified of dying because of "things he had done in the war".  He never said that to me, mum told me that.  I told mum that I didn't believe that god worked like that.  The war marked my dad.  He lost of part of himself in that war, the tender, loving part of him that lets other people in.

In my family, we didn't really talk to my dad.  Everything went through mum.  Dad often sat separate from us at Sunday supper, especially as he got older.  I don't ever remember having a real conversation with him during my lifetime which breaks my heart now.  He told me not to get pregnant, that was about it.  He always said, "Geez you're ugly.  Geez you're stupid." to me.  He finally stopped saying that when I was in my thirties when I asked mum to tell him those words hurt me a lot.  I understand now that he meant the opposite but that's not how it felt as a child growing up.  He never hugged me growing up, never kissed me.  I finally started hugging him when I was thirty.  He was surprised and a little pleased I think.

What I remember most about my dad was how angry he was.  I was talking to a young coworker the other day about this, about how difficult it was.  My dad didn't really drink much, at least not when I was growing up.  I don't know what he was like in his twenties and thirties but I think he drank a lot when he was younger.  I probably saw my dad drunk five times in all of my life and he was a very sweet, quiet man when he was drunk.  Living with my dad was like living with an alcoholic though.  We never knew what would set him off.  We walked on eggshells around him

He was often angry but not just angry, in a rage.  He would shake when he was angry.  He would yell, slam doors, drive off in a hail of gravel.  I think his anger scared even him.  I remember his anger.  It was like a fifth member of our family, always there, lurking in the shadows, biding it's time.  When it came it was terrifying.  I was afraid of my father until the day he died and that man never laid a hand on me.

He wasn't always angry but that's what I remember most about him.  He wasn't a bad man but he was angry man.

Anyway, I was telling my coworker about this, about his anger and I said the hardest part was not knowing what would set my dad off.  He would get angry and we wouldn't know why.  He wouldn't tell us, we couldn't fix it.  And then I realized, I don't think my own dad knew why he was so angry.  I don't think he knew how sad he was, how much grief he carried around with him, the weight of it.  He always wanted to control everything.  I do the same and I do it because so much of the what goes on in the world is out of my control and it scares me, so I want a little corner of the world that I can control.  I think my dad was the same.  I think he was scared a lot of the time and he thought his anger could protect him from his fears.

I loved my dad, I think.  And I am so heartbroken to realize that he lived apart from his family out of fear, out of grief, for not only what had happened in the past but what could happen in the future.

I think the years after my brother and I moved out were among the happiest for my parents.  Raising children is always stressful and my dad was happiest with mum.  They loved each other, despite all the shit they put each other through.  I'm glad they had that time together before he got sick.