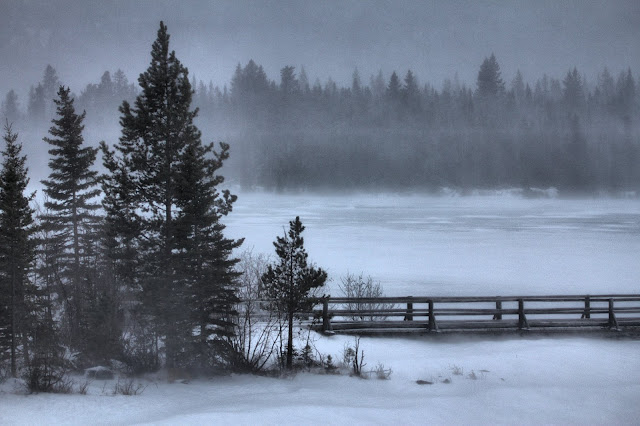 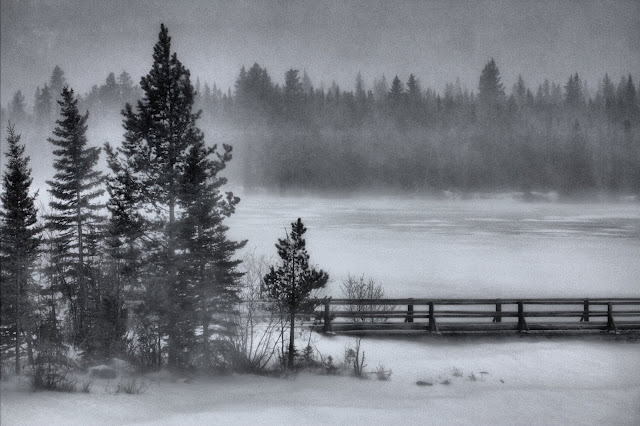 I can't decide which version of this photo I like better.  It's one of the big guy's photos, taken at Pyramid Lake.  The other end of the bridge is where we got married, a much warmer day though.

I had a young woman as a patient the other day.  She's twenty-six and is now palliative.  The white's of her eyes were yellow I noticed as she lay on the table in fluoro.  She was terrified, a needle phobia that made hospitals and medical procedures torture.  We were putting a central line into her arm, a simple five minute procedure that involved some crying, some Ativan and some hyperventilating.  When the tech put the tourniquet on the patient's arm, the young woman apologized because she hadn't shaved her armpits.  In solidarity, both the tech and I assured this young woman that neither of us had shaved our pits either.  In fact I'm not really sure when I last shaved them.

How ingrained social conventions are.  This woman is dying and she's worried about her armpit hair.  Then this morning I went to see an orthotist to have orthotics made for my poor feet.  I apologized to him because I hadn't shaved my legs and then laughed at myself for doing the same thing as my young patient had done.  The orthotist told me about his grandfather who when the grandfather was in ICU was so stressed about not having a clean shaven face that the orthotist had gone home and gotten his grandfather's razor for him.  I pointed out that body hair is not a priority in ICU, what with all the other systems not working.  Then the orthotist said, "Maybe he wanted his face shaved because it was the only thing he had any control over."  And maybe that's what it was about for my young patient.  So much of what was going on around her was out of her control but her armpit hair, that she could still have dominion over.

I'm not so different, so much of my life I have no control over but my kitchen, my home, that is my safe place.  I make it clean and tidy and comforting.  There, I have control.

I always find it so interesting how the universe conspires to teach me lessons all the time and I'm thankful as well.