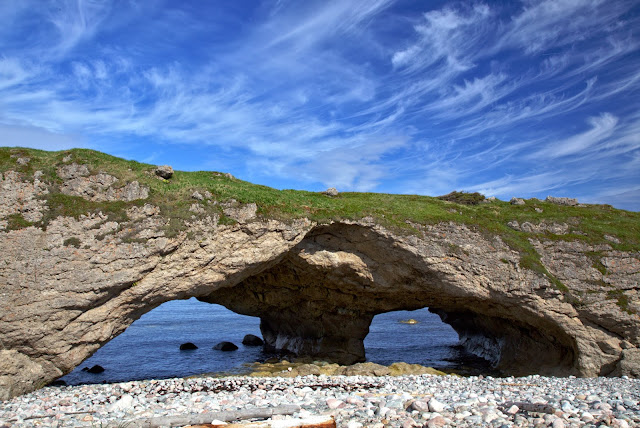 We're back home from Newfoundland.  I learned a few things while there.  Newfoundland truly is a rock, a really big rock.  There is rock everywhere with a little bit of soil covering the rock, or bog covering the rock;  a lot of bog which is not something you want to step onto, or rather sink into.  It rains a lot there and because it's a rock, there are lakes and rivers everywhere, catching the rain or sending it back to the sea.  Europeans started fishing the waters off the coast of Newfoundland five hundred years ago and fought wars over this Island.  Vikings used it as a temporary base for ten years for boat repairs and as a base for further exploration down into the Gulf of St. Lawrence a thousand years ago.  Who knew? 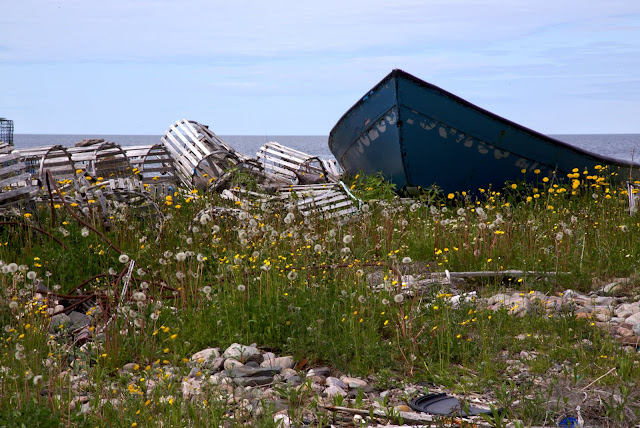 The scenery was beautiful and wild.  The people are lovely with a great sense of humor.  The villages are dying because of the collapse of the cod fishery in 1992;  there are empty and abandoned homes in small inlets up and down the coast.  Thousands of people left the island in search of work and many have never returned.  Thousands of those people now live in my own province, brought here because of the oil field work. 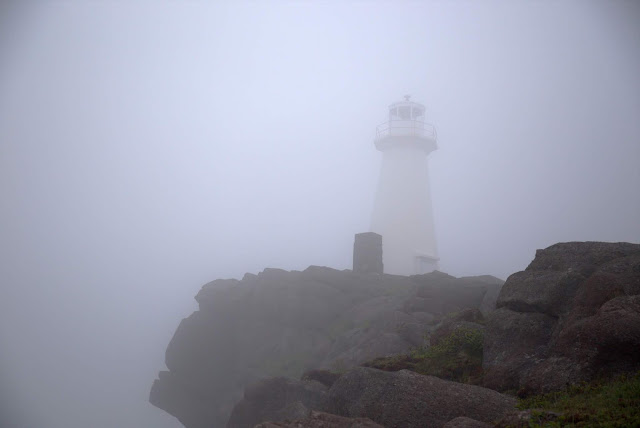 Cape Spear, the most easterly point in Canada, enveloped in fog which later burned off and left us with a truly beautiful day.

And now it's back to reality.  There is laundry to do, animal hair to vacuum up and groceries to buy.  I have to deal with my son, again.

I saw my little grandson last night.  He's grown so much.  He's holding his head up so well, reaching for things, stuffing his hand in his mouth and talking.  Last night when I gave him kisses on his neck he was almost laughing.  He does my heart good.  Gracie and the little guy are coming over for lunch today so I get to seem him again today.  Sigh.  He's so damned sweet and easy going.  I have fallen in love with him.
at July 04, 2019