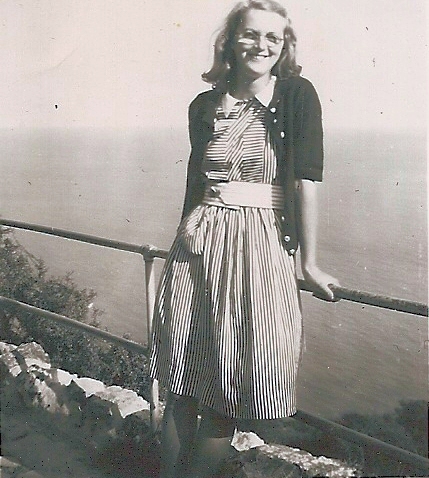 My auntie Fran died last weekend.  I had visited her last September in Bexhill as we thought she wouldn't last long.  Rumors of her impending death were obviously greatly exaggerated.  She was a tough old bird, stubborn as hell and convinced she was right.  She would have been a very difficult mother to have, something her daughters would definitely agree with.  She was also that last of the four girls that made up my mother's family.  There is nobody to ask questions of anymore, no peers left of my mother.  She is well and truly gone now.

The weather here sucks.  It snowed again yesterday and will be gone by tomorrow, again.  It's cloudy and cold and slippery.  I feel grumpy or just down maybe.  By Wednesday it's supposed to be 20C so there's that.

We had a truly ugly day at work yesterday.  It started off with a doc tearing a strip off a patient and ended with me being hit at work.  We had too many recoveries and the day was just chaotic.  An ultrasound machine quit working twice while we were trying to put a central line in a patient and then we had to argue with ultrasound to borrow a machine so that we could finish the line.

I drove with Katie in the car, by myself, for the first time in probably five years.  She was wonderful.  She talked/signed non stop but no aggression at all.  Lots of singing, by me, and a constant stream of talk, by me, to keep her entertained and distracted.  She visited her new house, hugged people a lot and was generally amazing.  It feels like a miracle has occurred and given me back my daughter.  I'm so thankful.

And at the end of the day I got hit in the back which I can't go into right now but which shocked and upset me.  I'm making a complaint about that too, so that will be sitting inside my head for awhile too.  I have a crowded head.  I line up worries in a row upon the shelf inside my head, some worries take up more room than they should and some or most of them just needed to be packed away, especially the ones I have no control over.  I've never learned the trick or skill of letting go of things.  I lug my baggage around, holding onto it, why I'm not sure.  Need to think on this.
at October 13, 2018