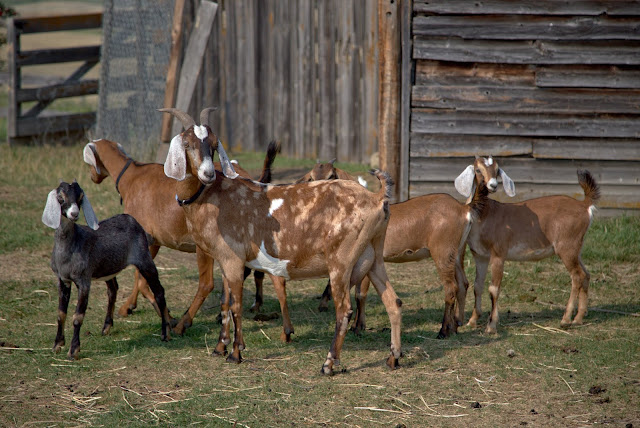 No reason for the goats except that I loved their ears and how they looked at my beagle.  I think the goats may have been confused because Lucy's ears resemble theirs;  they found Lucy quite interesting.

We're short again at work.  Three nurses moved on to different jobs.  It will get better again but right now it's tough.  My girlfriend is back to work which is very nice.  She was off for a long time;  she has bipolar disorder.  I missed her while she was gone.  We would meet for coffee but it's not the same as working together.  She's got such a good sense of humor, an evil laugh and is a wonderful hugger.  She makes work better.

Another girlfriend is coming over for supper with her little girl.  I bought a black barbie doll with curly hair because her little girl was sad because she wanted straight hair like all the Disney princesses.  I never thought much about how important it is to see images that look like you.  I have a box full of toys but no black dolls, so now I do.   I have a brisket cooking in the oven, made a cake for dessert and even bought some wine for us.

I still haven't seen my son.  It's been nine months now.  We stay in contact by text but I still don't trust him.  I stay in contact with his girlfriend as well.  We will have to have them over for supper eventually.  I want his girlfriend to know she is always welcome here.  When I got pregnant with my son thirty-five years ago, everybody was angry.  I wouldn't marry my son's father which upset even more people, especially my sister.  It was a time of stress and drama.  It don't want my grandbaby to feel unwanted.  A baby deserves to be loved and wanted.

My middle daughter is coming next weekend for Thanksgiving.  She just started a new job so I haven't had much contact with her;  one of her girlfriends is getting married and she's the maid of honor so she's been busy.  It'll be nice to visit with her and cook with her.  I miss her being so far away.

Miss Katie will be all moved in three weeks.  It can't come soon enough for me.  When she's away from that agency I plan on making some complaints but until she's moved I'll keep my own counsel. 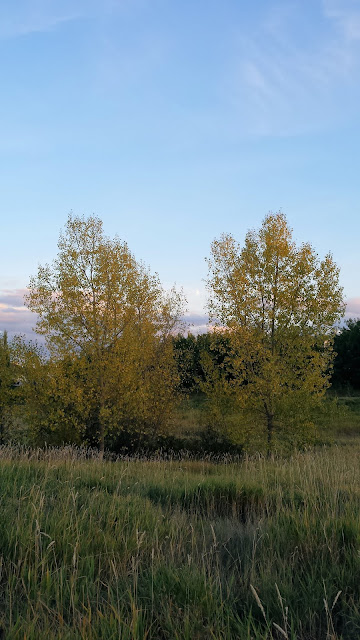 The weather hasn't been all that nice but I did take this photo as few days ago while walking Lucy.  Even when I'm dead tired I have to take the dog for a walk after supper and it's good thing.  I get to spend time with the trees which always lifts my spirits.