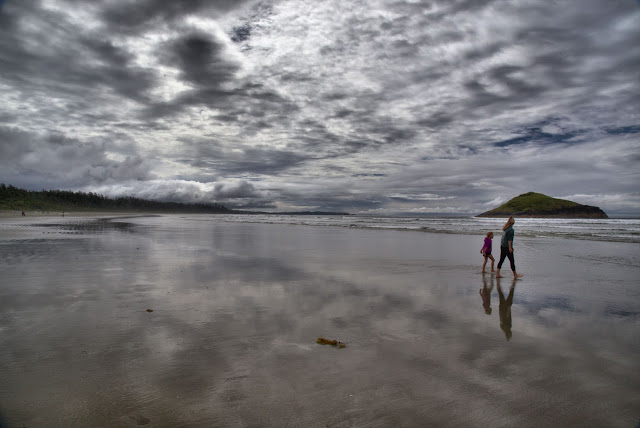 I'm feeling a little desolate today.  The country is burning it seems.  The sun is a strange red color and the skies are hazy.  I tried to make pumpkin loaf this morning before it got too hot but forgot to add the baking soda and the baking powder so now I have two lumps of ingredients that appear dried out but not cooked.  Fuck.

My son is out of jail.  His young girlfriend, I'm assuming she's young because who else would believe all his lies, was happy to take him back, despite the fact that he's hit her and lied to her and trashed her place.  Yesterday he sent me an ultrasound of the baby, still a tiny nugget.  There will be a gender reveal party.  Would I like to come?

Yesterday a patient came in, I'll call him Stan.  He's been coming to us for awhile.  He has MS and cancer, I don't even know what kind of cancer.  His wife is his fulltime caregiver.  She's much smaller than him but she moves him from wheelchair to stretcher by herself.  It's how she does it at home.  When they arrived yesterday he was pale and shaking and slightly yellow.  He looked awful.  We got a bed for him and I went to check his bloodwork.  His liver is shutting down.  His hemoglobin is low.  He's dying, not today but soon.

The poor man couldn't stop shivering.  I piled blankets on top of him while his wife explained that it was the air conditioning that was to blame.  I mentioned that I had checked his blood work, trying to get a feel for her understanding of how poorly he was doing.  She just talked about the weather, the heat and the air conditioning.  She doesn't want to know that her husband is dying, or rather she's trying to avoid knowing this.  Some part of her knows already that he is dying but she's trying to keep going, trying to have hope, trying to protect them both from the knowledge that his time here is short.

It's what we do.  We protect ourselves as best we can.  My girlfriend who died in May knew she had brain tumors.  She told me that she never thinks about them, can't think about them.  I told her I thought this was how we protected ourselves from awful knowledge.

When Katie was young she used to paint with poop or more precisely, smear shit everywhere.  One night I was home alone with the kids, had put Katie to bed and was sitting watching TV.  When I went to check on her she was smeared with shit from head to toe.  Her room was smeared with shit, the bed, the walls and the carpet.  I burst into tears.

My son was sixteen at the time.  He heard me and came upstairs.  He took Katie and bathed her while I cleaned her room as best I could.  His tenderness and caring with both his sister and me have stayed with me all these years.  I want to believe that he is still that young teenage boy.  I want to protect myself from what he has turned into, from this awful knowledge.  My son is an alcoholic and a drug addict and an abuser and it breaks my heart.  I don't know how to have hope with this knowledge don't know how to keep going.