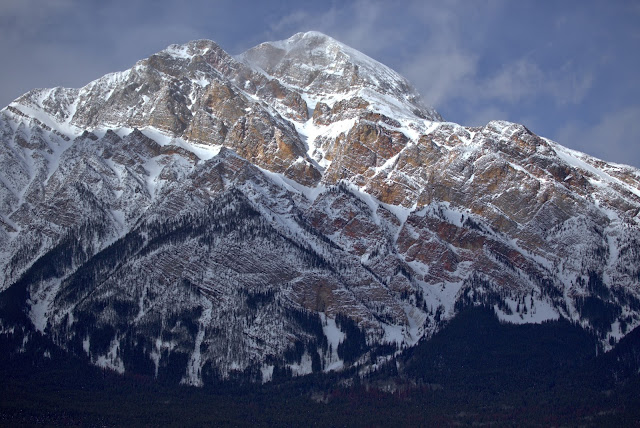 I'm off today which is lovey.  Got to sleep in which I always enjoy.  And it's spring which means we have a spring snowstorm raging outside right now.  It's not terribly cold, just lots of wind and snow.  Sigh.  I'm done with winter, a feeling I get every year about this time.

Miss Katie attacked me last Sunday while we were driving.  I was sitting in the back seat with her.  We were being silly and she decided to slap me, hard.  I told her no.  At which point she grabbed my hair with both hands, pulling, scratching, trying to break my glasses and bite me, all at the same time.  It was like being attacked by a mountain lion, or what I imagine that to be like.  I was crying and screaming.  The big guy was trying to drive on the freeway while all of this was going on in the back seat.  He was trying to help me with one arm while keeping an eye on the road.

I finally managed to get her hands out of my hair without losing too much hair.  But I couldn't stop shaking and crying.  During the drive I had to hold both her hands so that the attack did not resume.  I was afraid.  We took her back to her house immediately.  She was screaming and crying, signing sorry over and over.

I cried all the way home.  Couldn't stop shaking.  I felt assaulted.

She is a spoiled two year old, as are most two years olds.  When she was eleven puberty hit her like a train.  Her behavior became violent and unpredictable.  From the time she was eleven until she was seventeen and a half we searched for something to help.  We tried medications, doctors, caregivers, trained behavioral therapists.  Nothing helped.  We finally found help in the form of the agency that now cares for her.  The agency has a lot of experience with clients with difficult behavioral problems.  Katie's roommate like to put her head through window, among other things.

Katie's staff and I both try to prevent her behaviors from escalating which often means giving into her.  She hurts herself.  She hurts others.  It's scary and it breaks my heart again to realize that I am afraid of my daughter.

So last week we increased the dose of her cannabis and we wait.  My shoulders ache.  My back hurts.  I'm still protecting myself I just realized.  No wonder I've had so much pain this week.

Just got an email from Katie's agency.  The increase in cannabis oil has made her more aggressive so that will have to be stopped.  We will have a meeting next week as there have been complaints from one of the other lady's guardian.  Shit
at March 23, 2018