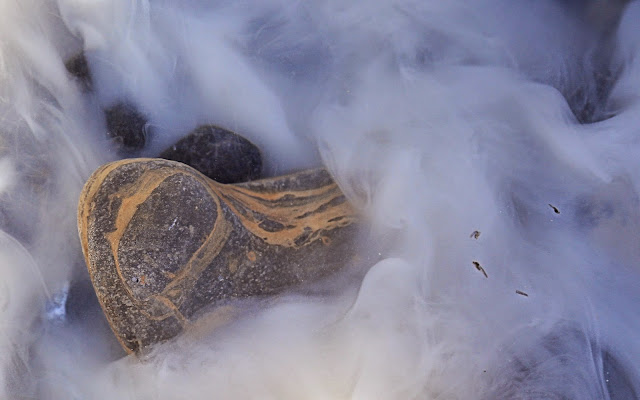 I'm home from work today because I'm going to Katie's psychiatrist appointment later on this morning.  I want to find a way to reduce Katie's anxiety without turning her into a drooling zombie because right now the two choices are pissed off octopus or drooling zombie.

My son graduated on Saturday with his degree in Business.  I'm so proud of him.  We kicked him out of the house when he was seventeen and would rather smoke weed and sleep all day than go to school.  Looking back I wouldn't have done that again because he careened off into a life of crime and drugs.  But at the time, with two young daughters to protect, an angry, drunk husband to fight with and my own demons, I didn't know what else to do.  He lived that life for almost ten years and by the second time he got out of prison, he had decided to turn his life around.  It wasn't easy for him.  I remember the first "nice" girl he went out with dumped him as soon as he told her that he'd been in prison.  But he did it.  He went back to school, without his high school diploma and he struggled and he worked and he thrived.  He got gently pushed from the nest a couple of years ago which made him angry with me but he needed to succeed on his own.  If you don't work and struggle for something, if it's just handed to you, then you don't appreciate it.  On Saturday I watched him cross the stage to receive his graduation hood and my heart was pounding, knowing how hard he had worked and how much this meant to him.

After the ceremony, in the lobby, I watched as he hugged friends and congratulated them.  He was happy and proud and that made me happy.  When my son was growing up, school convinced him that he was stupid.  He didn't fit in.  He learned to read late, almost twelve.  He had trouble sitting still and paying attention.  Now, he knows what I know, that's he's a smart young man who can work hard and who can succeed.