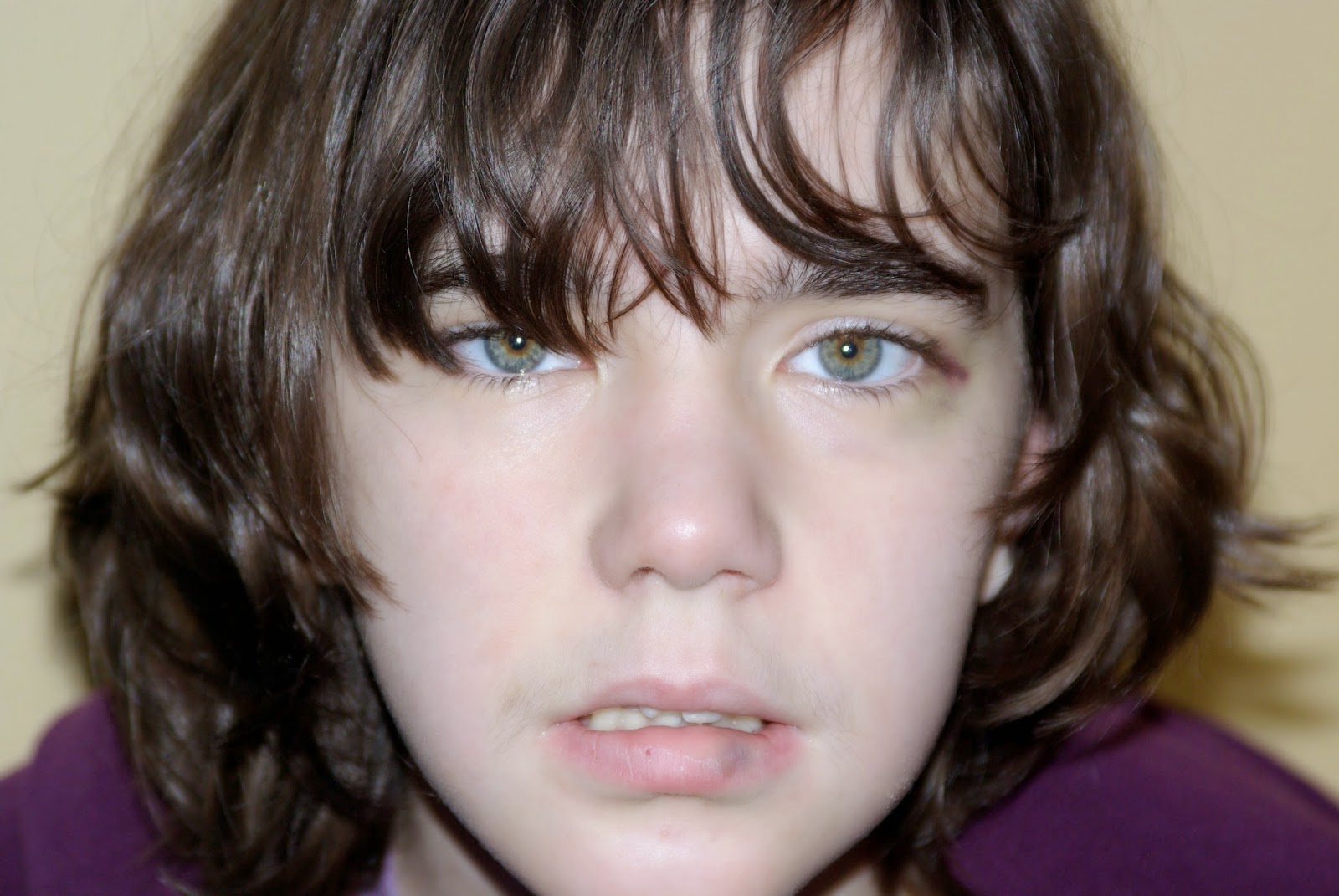 The face I love.

I think this photo was taken eight years ago which would have made Katie fourteen.  She looks younger than that to me.  I can't remember where the black eye and fat lip came from;  there have been more than a few injuries over the years.  If you look closely you'll notice that a part of her one front tooth is missing.  That happened when she was at a horrible school for three nightmarish months.  Her aide, a truly stupid and incompetent woman, put somebody's else pants on Katie that were far too long and Katie fell and smashed her front teeth.  Both front teeth are now dead and she had to have two root canals which meant two general anesthetics.  This was the only awful aide Katie ever had in school.  The woman tied Katie's hands behind her back one day to feed Katie lunch and told me about it!  She thought it was a good idea.  WTF!  And the woman was not fired even after I complained to the principal.  That's when we found a new school for Katie with a wonderful program that allowed her to be herself. 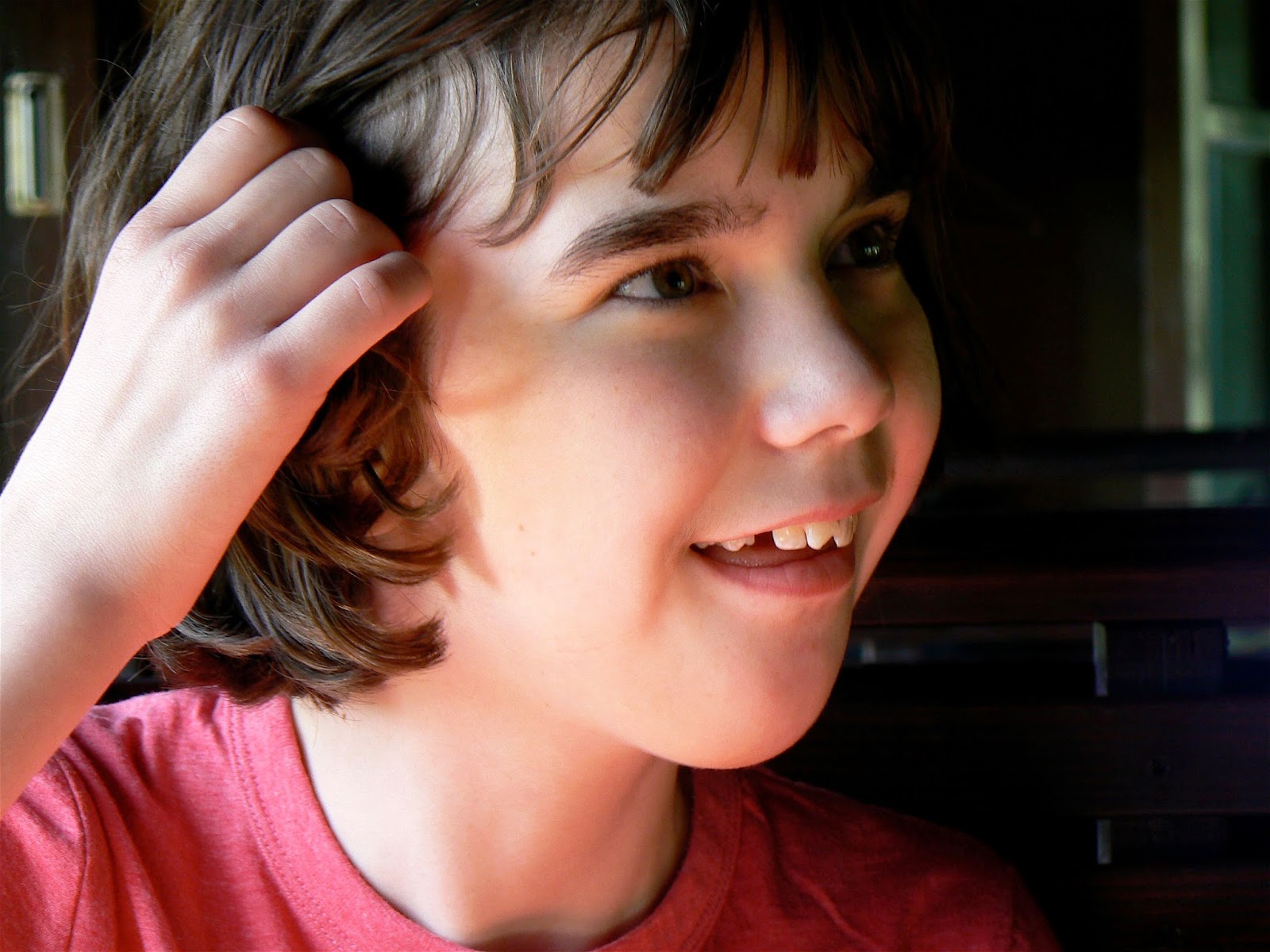 I like this photo better.  Same age, no bruises.  Katie's on the train at Fort Edmonton;  one of her favorite places on earth.  And she doesn't have that anxious look on her face that is now often the norm for her.  If I could erase Katie's anxiety I would.  It started with puberty and has not abated.  In fact it seems to get worse each year.

I remember when Katie was a baby I tried to develop a formula that would tell me what Katie's mental age would be when she grew up.  I tracked her developmental delays and made elaborate formulas because I wanted to know what the future would hold.  All for naught.  I have a twenty-two year old daughter who can't talk but who never stops signing.  She has an amazing memory and sense of direction, as well as a fully developed sense of humor.  She can't tie her shoes or understand abstract concepts but she understands people.  She can't talk but everyone knows her name.  One year we were in Sylvan Lake for a holiday, about a hundred miles south of here, and a woman on the beach knew Katie by name.

I've slowly come to the realization that I have no idea what life or the future will bring.  I see that everyday at work.  People are living their lives, working, fighting, laughing, loving and then boom, they have cancer.  Which reminds me of the poem by Robbie Burns, "To A Mouse".

But little Mouse, you are not alone,
In proving foresight may be vain:
The best laid schemes of mice and men
Go often askew,
And leave us nothing but grief and pain,
For promised joy!

I'm older now and I realize I have virtually no idea what will happen in life except that it will end in death which is freeing in a way.  I don't have to fight so hard to make happen what I want to happen.  I can give up control and expectations, a little;  I'm not that wise yet.  But ever so gradually I'm learning to let go.  Maybe that's what life is for, to beat the expectations out of us so that we can learn to just be.
at April 03, 2015