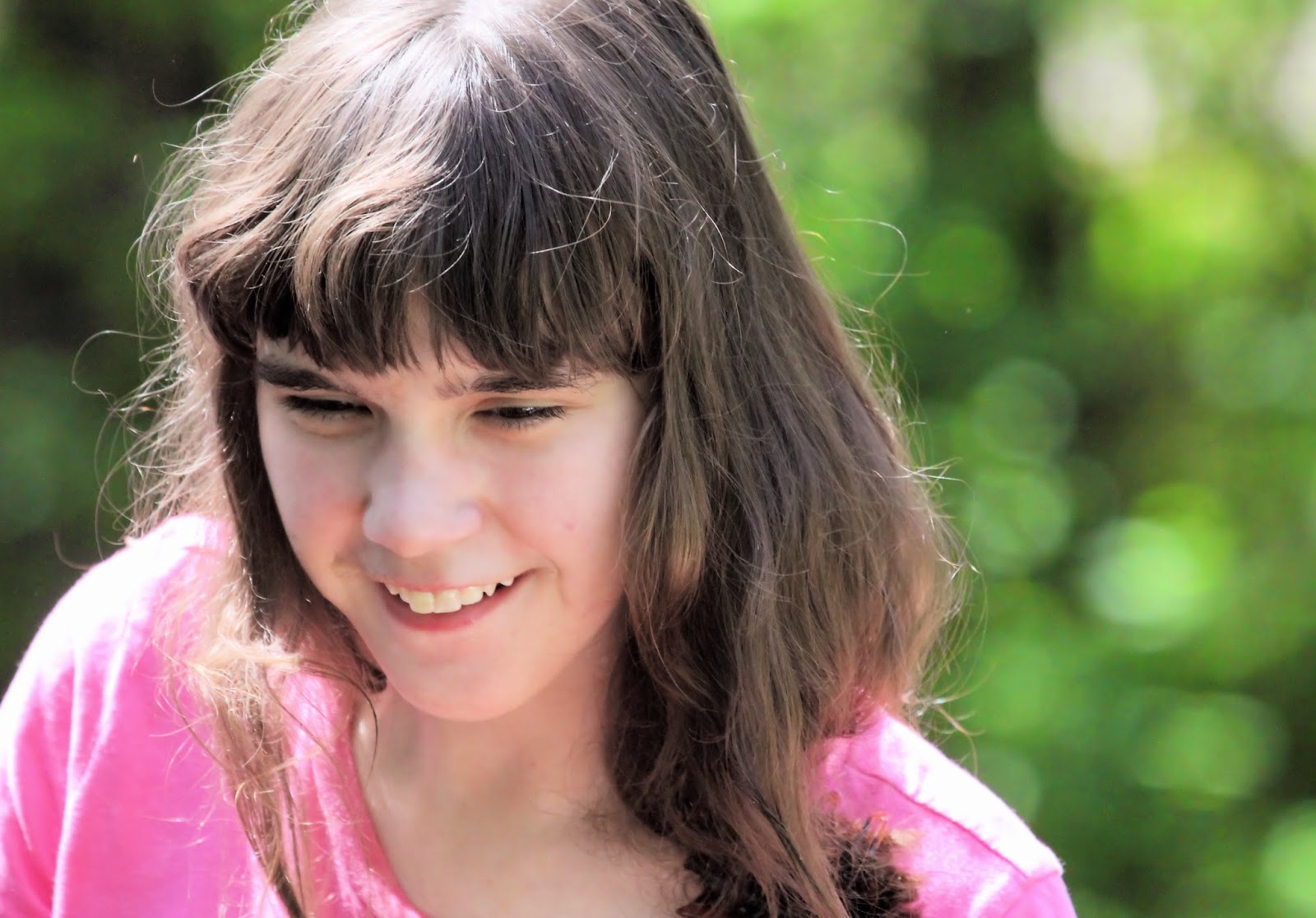 The lovely and beautiful Miss Katie.

My middle daughter came for a visit last weekend.  We pretended it was Katie's birthday, only two weeks early and Katie doesn't know or care.  We had a wiener roast in the park.  There were bead necklaces and tiaras, hotdogs and smores.  She ran with her brother, walked with her sister, saw babies and dogs.  There was even birthday cake with a candle and singing of Happy Birthday;  she made us sing it a couple of times, then she clapped.  At one point she was laying on the grass laughing, unable to get up.  It was a good day for her and the medicinal marijuana helped ease her fears.

My middle daughter and I did not have a good relationship for a long time.  It was good when she was younger but as she became a teenager, around thirteen, I became very irritating and stupid to her.  When she was fifteen she ran away from home because there were too many rules.  She agreed to come home but only if she didn't have a curfew anymore.  At this point my son was lost to drugs so I agreed.  So at fifteen, my daughter came home at whatever time she felt like and falling down drunk.  This lasted for a few months.  She dropped out of school, took jobs, quit jobs, tried to go back to school, dropped out again and then got more jobs.  Three years ago she moved away from Edmonton to live with her father in Vancouver.  She was still angry with me and it just got worse.  But just before my mum died, two days before my mum died, I called my daughter so that my mum could talk to her granddaughter.  And then my mum died and my daughter came home for the funeral and we carefully started to rebuild our relationship, both of us nervous and scared but wanting a relationship.

So last weekend she was hear and my pain in the ass teenage daughter has blossomed into a lovely, thoughtful young woman.  I am so thankful and blessed.  But I did have to laugh.  She has turned out so much like me that I just had to shake my head.  She's an adult now and we can have adult conversations.  She no longer lives under my roof and I can see her as an adult now;  I think she can see me as an adult as well now, still her mother, but also a woman, a person.

The best part of the weekend was having all three of my children together.  Katie loves her siblings and her siblings are now old enough to understand how difficult and simple life can be for Katie.  The jealousy I think they both felt because of how much of my time Katie demanded has gone.  What they see now is how vulnerable Katie is and how strong she is as well.