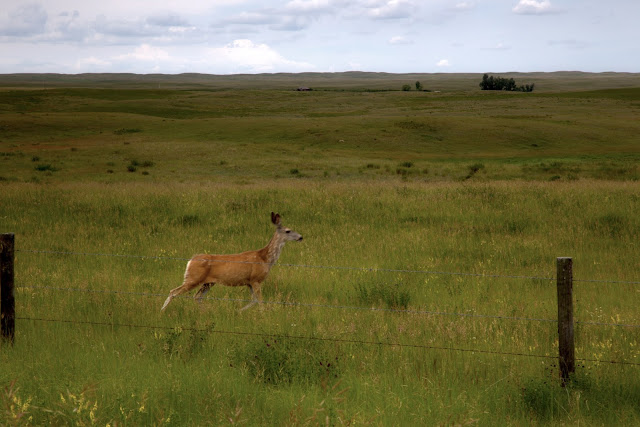 I cracked a piece of my tooth off last week and this morning I had it fixed.  I don't like going to the dentist and I may have screamed and cried when the needle went in.  The tooth is fixed and my face is still frozen enough that I can't really talk so I called my boss, who thought it was hilarious when I tried to talk to her, and told her I was going home.

I can't remember the last time I screamed from a needle, maybe when Katie was born.

While we were on holidays we got a text from my son's girlfriend telling us that they were getting married on July 25th which was a surprise.  And then about a week later my son texted me to let me know that his wife to be, is having a baby in the fall.  I don't trust my son at all, so I guess we wait and see what happens.

Now my son wants his big, happy family.  He wants his son to be a part of his new family.  Needless to say Gracie is losing her shit and she doesn't even know about the new baby coming.  Sigh.

I think I'll take Heidi for a walk instead.