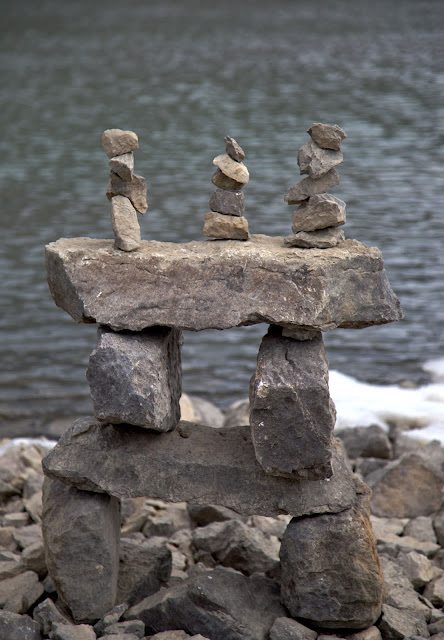 I'm still reading the book, "Love 2.0" and trying to practice the loving kindness meditation.  May you by safe.  May you be healthy.  May you be happy.  May you live with ease.  Time will tell if I continue on with this meditation and if it truly does help me to be more positive.  I hope.  Always.
One of Gracie's cats died suddenly yesterday.  He was a stray cat that she took in.  She had both of her cats neutered a few months ago.  Apparently poor Charlie hadn't been peeing and nobody knew.  I was cleaning the littler boxes but with two cats you can't tell if one isn't peeing.  He had a blockage in his urethra and died of renal failure.  Gracie is pretty upset and blamed herself.  The big guy and I  went over there last night and listened while she told us what happened.  We told her it's not her fault.  She thought life was unfair and that too many bad things happen and I agreed with her.
So I got to cuddle the new guy last night for awhile which is lovely, even as I had tears in my eyes because I love my animals too and wouldn't want them to suffer.
I finally finished Miss Katie's quilt and I will give it to her for her birthday in a couple of months.  She won't care but I will know that she has a quilt that I made just for her.  It was my first real quilt that I made, a sampler really and has lots of imperfections but it allowed me to learn a lot and I am thankful that Katie won't judge me for it. 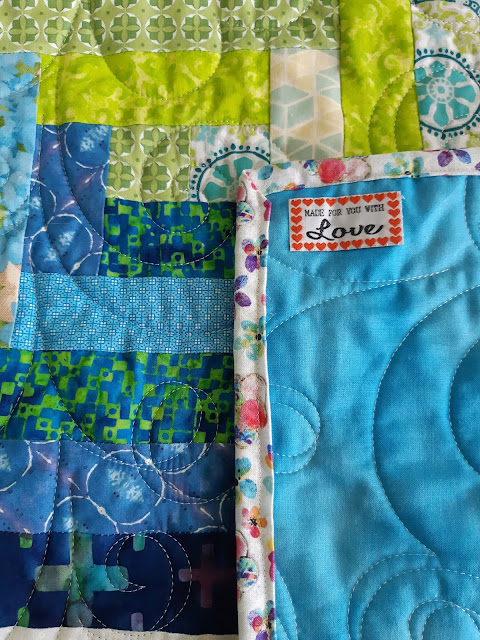 My son will be over this weekend to visit the little guy.  Last Friday my son harassed me all day with text messages accusing me of using his son against him among other things.  By the end of the day I was mentally worn out.  He needs to get into counselling because he is messed up.  He has no skills for dealing with disappointment or conflict.  He bounces around like a ping pong ball, trying all kinds of things, guilt, anger, trying to please, ignoring, lying and avoidance, all within the span of an hour.  It's exhausting.  I have told him that my main concern is not him but his son, that this is about keeping his son safe and cared for.  I have told him that, when you have children it is no longer about you, it's about your child.  He says, yeah, yeah, yeah and then calls Gracie at 11:30 pm telling her that he wants to drop off diapers.
WTF!  He's not allowed to visit where she lives.  He signed a peace bond which lasts for a year and if he breaks it he is subject to a maximum of four years in jail and still he persists.  I understand that he wants to see his son but he is a threat to his son as well.  It's tiring.
Time for meditation I suppose:)
at May 01, 2019