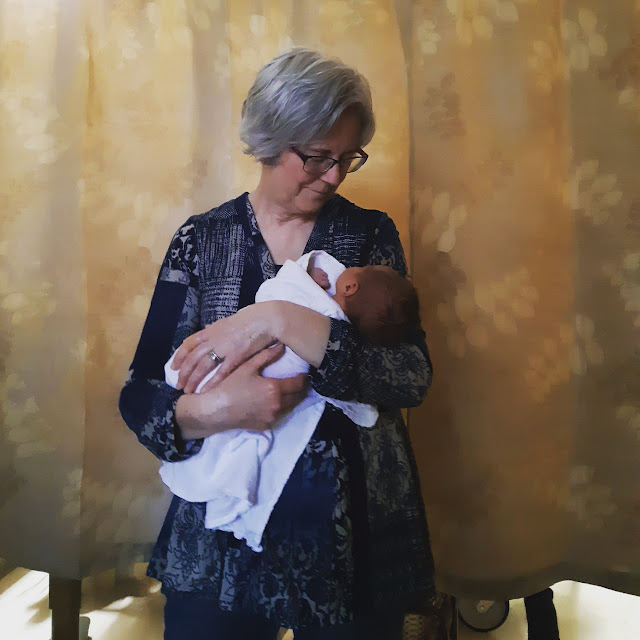 Liam had a hard time coming into the world.  His mama was terrified, refused to attend prenatal classes because she thought it would cause her too much anxiety and didn't know anything about c-sections, other than, she didn't want one.  It didn't go well for either of them and eventually both Liam and his mama were at risk for severe complications.  As it was, he didn't breathe on his own for the first six and half minutes of his life.  He's still drowsy from all the drugs but has latched on and is breast feeding which is good.  He's a sweet little guy.  His mama enrolled him in a long term study to research the effects of his particular resusitation.  A new prayer to add to my nightly ritual.  Please let him be okay.

My daughter accused me of being negative all the time which stung.  She's not wrong but I started thinking about medicine and nursing and realized that when things are working well, when there is no negative, everything is fine.  I was taught to look for dysfunction, not function.  I think of myself as a realist.  I hope but within the confines of reality.  I don't hope for miracles, or maybe I do.  I think the big guy would say I hope for miracles.  So basically I'm all over the map.

I'm scared that my son will scar this little boy for life with broken promises and addictions, just like his own father did to him.   I can't fix my son, I can only stand by and hope and pray.  I finished the quilt for Liam finally, on the day he was born.  I had to wash it because the cat had already vomited on it but I kept the promise to myself to made a quilt for my grandchildren. 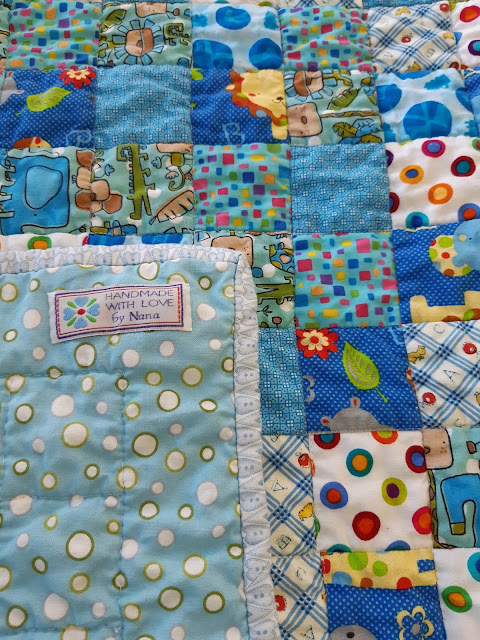 I'm scared and hopeful and tired.  I have such a hard time seeing the good.  I guess my daughter is right.  I need some mountain time, or at least some time by the river and the trees.
at April 11, 2019