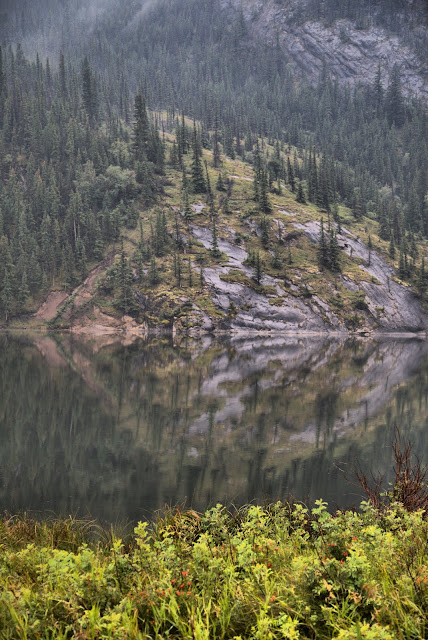 I'm beat tonight, had a busy, hard day at work.  Yesterday I had a five year old boy that needed an IV started for his MRI scan.  He was so quiet.  It breaks my heart when we have children.  Most of the kids stay over at the U but we get kids for radiation.

One of my patients today ended up with a huge hematoma on her arm from an old IV site.  I asked her if she was on any blood thinners and she started crying and said she had cancer.  I gave her a hug and three warm blankets because she couldn't stop shaking.

Another patient came down at lunch time.  We had put a PICC line in him yesterday at the end of the day and during the night he was hallucinating and pulled the PICC line out.  He felt bad but even worse, he was worried that the cancer had spread to his brain.  What do you say?  A few months ago he was playing golf four days a week and now he's dying of cancer.

I had one patient this morning who is an old drug addict, not that old and not that long off of drugs.  He kept falling asleep as I was explaining things to him.  He actually fell asleep on the table while we put his line in.  Normally I'm fairly patient but he irritated me today, mostly because we were too busy.  On the way home I thought about him.  The man is homeless, he's an old drug addict, he's diabetic and has cancer.  I'm pretty fortunate actually.  I have a home, someone I love and who loves me, I'm healthy and I have a job.

But it snowed here.  So there's that.  Most of it melted today but it's still cold outside with more snow in the forecast.  It will melt but really?

And the dog's back has been acting up.  She has spondylosis which means her discs are degenerating and there are bone spurs growing on her vertebrae.  She doesn't understand this and doesn't understand that the pain is coming from within her body, not from outside of her body.  She looks at us when her back hurts, as if we've done something to her.  She's on anti-inflammatories which are helping.

Thankfully it's the weekend.