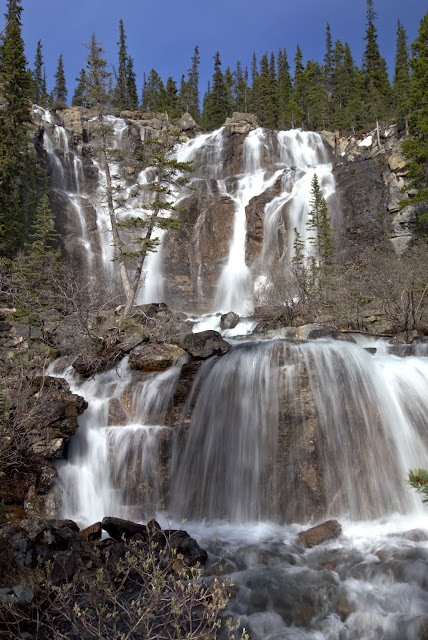 I'm off today which is lovely.  The last two days at work were basically a shit show.  One problem after another.  A patient with an occluded superior vena cava, another patient with a sky high creatinine result and a woman near death, sent to us for enrollment in a clinical trial.  Plus an oncologist who often fails to plan ahead and now needs an "emergency" central line for his patient.

I spent two days sorting our problems that were not my fault, not of my making but became my responsibility.  At the end of the two days, the problems were dealt with but it angers me when people don't do their jobs well, leaving it for others to pick up the pieces.

The patient who was sent to us yesterday for a clinical trial enrollments, was in Vegas a week and a half ago with her daughters.  She now only has days to live.  She's mostly comatose.  Vital signs declining.  Her oncologist came to assess her and talk to the husband.  The oncologist, a man who is also a patient of ours as he too has cancer, was kind and gentle when he talked to the patient's husband.  He explained that the cancer is too advanced for any further treatment and that his wife needs to be kept comfortable now in the few days she has left.  The husband was okay with that.   I'm thankful that she's not in pain and that she had a holiday with her daughters while she was still able too.

It's heartbreaking sometimes this job.

So today is nice.  I got the results of my biopsy.  No cancer.  No need to do anything.  Walked the dog.  Listened to birds singing.  And now I sit.

The big guy and I are off on our holiday in just over a week.  We're heading to Vancouver Island which I'm looking forward to.  One of my sister's lives there but I don't think we'll be stopping by to visit.  She is draining and her husband won't allow our dog in the house so not really feeling it.

The search for a new home continues for Miss Katie.  I don't imagine it will happen quickly.  She is doing well though.  We took her out last weekend and had a lovely visit.  No aggression at all.  I'm thankful for the meds that are holding her aggression in check.  It's not easy being Katie.  She lives in a world that doesn't really want her and doesn't make allowances, in my opinion, for her deficits.  She can't talk but she can read body language like nobody's business.  Sadly she gets in wrong, misinterpreting the fear she sees around her.  It's fear of her but she doesn't understand that.  She lives in a state of high anxiety,  always vigilant.

Today I'm thankful for the sound of the leaves in the trees as the wind blows.