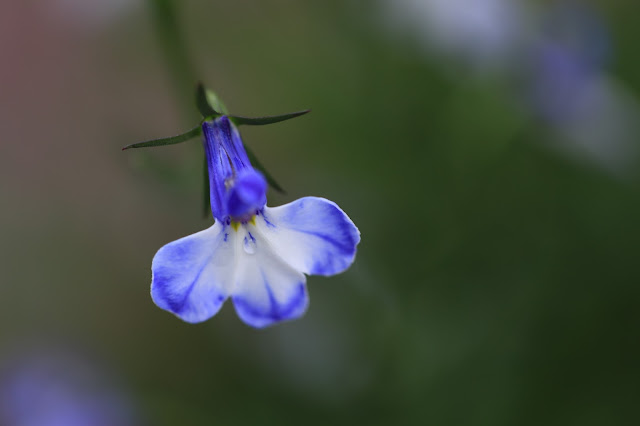 I assisted on a liver biopsy this morning.  An elderly man whose liver was full of tumors, his belly hard and bloated, fluid starting to accumulate around his organs.  When we were done he asked when we were going to start fixing him.  He broke my heart a little.

There is no fix for him.  I'm a nurse and I can't tell him but I hope and pray that the next doctor who sees him tells him how bad his cancer is, how little time he has left.  He's a lovely old man who I imagine has worked hard his whole life for his family.  He was a miner which can't be an easy job.  He came to Canada forty-seven years ago, he had to learn a whole new language at thirty-eight.  It can't have been easy for him.  He had no complaints, other than feeling tired all the time.  He doesn't like feeling tired.

New patients arrive daily.  Old patients disappear, never to be seen again, only faintly remembered.  Some patients come for many years before they succumb to this horrid disease, others only last weeks.  Some are very young, a two and a half year old girl this past month and an eighty-five year old gentleman today.  Some have nobody with them, others have their whole family with them.  Some are convinced they will beat this disease, others look worn out and tired of treatments that make them feel worse rather than better.

Today I only had maybe ten patients because I worked in ultrasound, assisting with biopsies.  It was easier in some ways because there was less grief to deal with.  All of my patients carry grief with them and I think it leaks into me at times.  There are days when I can manage to witness and honor their grief and there are days when I am too rushed and tired to deal with more grief.

I carry my own grief as well, we all do.  Regrets, loved ones we've lost, mistakes we've made.  It adds up over a lifetime.  Katie's diagnosis was the hardest thing I've ever had to deal with.  The grief was overwhelming.  It almost killed me but I survived.  Perhaps it is the grief in my building that is getting to me.  I can feel it around me and I can't turn away from it.  It's too important but I need to find a way to witness my patient's grief without carrying it around with me.
at June 29, 2017