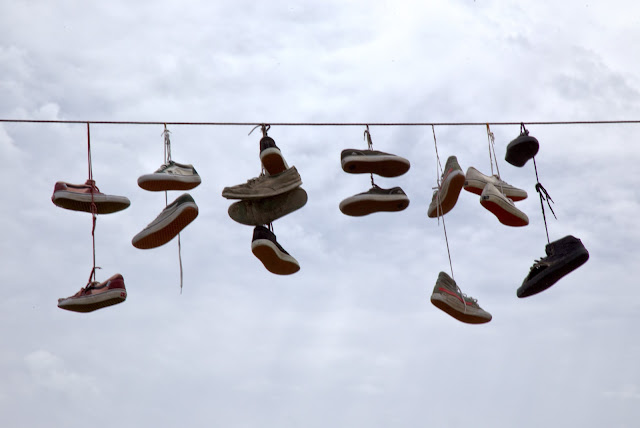 I'm worried about my son.  His girlfriend broke up with him just before he graduated.  He had an accident with her car and now owes his father money because he borrowed money from his father to pay is ex girlfriend for the damage.  He found a job in his field, business finance, and then was "let go" by his boss because his criminal record was more extensive than she knew.

What I imagine is that my son was lying to his girlfriend and she found out.  I also imagine that he was not completely truthful during his interview about his criminal past and he was found out.  And so it goes.  My son is a habitual liar.  He lies for many reasons:  to make others happy, to make himself look good, to avoid consequences, mostly out of habit I think.

So now he sits at home, no job, no girlfriend, no money.  But he did go to Kelowna for a couple of weeks to party with a friend.  And he did go out with all his buddies for the closing party of the bar he has worked at for the last five years.  He ignores my texts and phone calls.  He texts me in the middle of the night when I can only assume he's been drinking to tell me the world is not made for people like him.  I told him that he needs to get a job, any job, to pay the bills but he didn't like that answer because then he wouldn't be available to go to job interviews.  When I asked him if he has had any job interviews he said no.

I am worried that he will kill himself in a moment of depression but I am also worried that he will slip back into dealing drugs as an easy way to make money.  His girlfriend was his anchor in mainstream society.  She was smart and getting her Masters at university.  He needs to find an anchor within himself and I don't know how to help him.  He's supposed to come for supper tonight but I'm guessing he will bail on that.  Because who wants uncomfortable conversations with people who make you look at yourself honestly?

My heart aches for him but for myself as well.  I feel like I failed him.  I was unable to teach him to love himself, to care for himself, to be resilient.  I sadly was never taught those things by my parents, nor were they taught by their parents either.  It is a vicious cycle this lousy parenting.  The gift that keeps on giving, generation after generation.  I'm trying to be a better parent now but it feels like too little, too late.  I don't want to watch my son, my firstborn baby, let his life go down the drain.  He's a grown man now, not my baby anymore and all I can do is give him information, show him that there are alternatives and pray that he changes.  The hardest part for me, and the big guy will laugh when he reads this, is the giving up of control, not that I ever really had any, but giving up the illusion that I ever had any control over my children.  They are people, children of the universe, mine for a short time and now it's up to them to sort things out.  I love him and I guess that's the most I can really do which is hard to write because I so want to fix things for him.